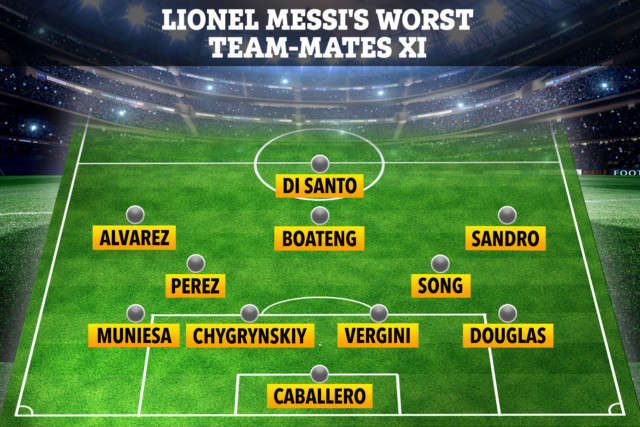 The Argentine is heralded by many as the greatest player of all time.

Having graced the Camp Nou for over 15 years now, many great players have purred over getting to take to the field alongside the iconic Barca No10.

Neymar referred to it as playing with his “idol”, while Xavi gushed: “It is clear that Messi is on a level above all others. Those who do not see that are blind.”

But while those two were fantastic in their own right for Barcelona, not everybody that has had the pleasure of playing with Messi can say the same.

Barca bosses are even starting to be criticised for “wasting” some of Messi’s peak with poor decision making.

And international honours also still elude him, with some of his Argentina team-mates not quite hitting the mark…

We take a look at an XI of those that should feel luckiest to have actually played with Leo.

Messi played alongside the Chelsea stopper at the 2018 World Cup

The shiny-headed Argentine is well-known to English football fans, having warmed benches at Chelsea, and before that Manchester City since arriving on these shores in 2014.

His performances in presumably the League Cup earned him a place in his national team’s World Cup squad in 2018.

Boss Jorge Sampaoli made the bold call to start him in the opening two group games in the absence of fellow Prem benchwarmer Sergio Romero.

The decision backfired spectacularly against Croatia, however, when Caballero farcically scuffed a back pass straight to Ante Rebic, who thwacked it past him to set the would-be finalists on their way to a 3-0 win. 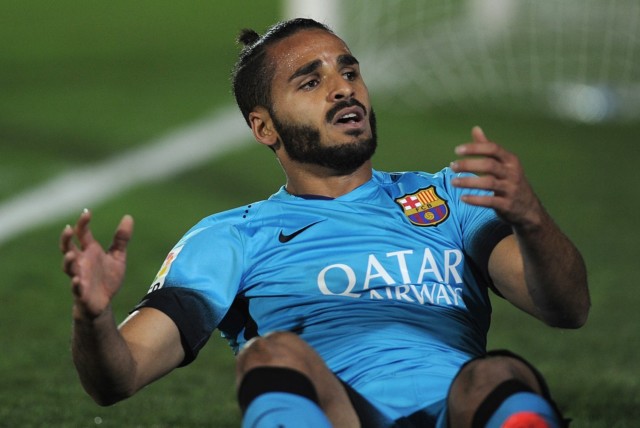 Douglas was awful at right-back for Barca

Douglas was one of a number of bizarre Barcelona signings to make this list.

The Brazilian arrived at the Camp Nou as a little-known 24-year-old from Sao Paolo in 2014 and never convinced in a Barca shirt.

He looked edgy and nervous in his rare appearances, like he couldn’t quite believe he was there.

Douglas swiftly fell behind even future-Brighton right-back Martin Montoya in the pecking order, and was sent packing on numerous loan spells before the end of his almost-criminally long five-year deal in 2019.

He now plays [now and then] for Besiktas in Turkey. 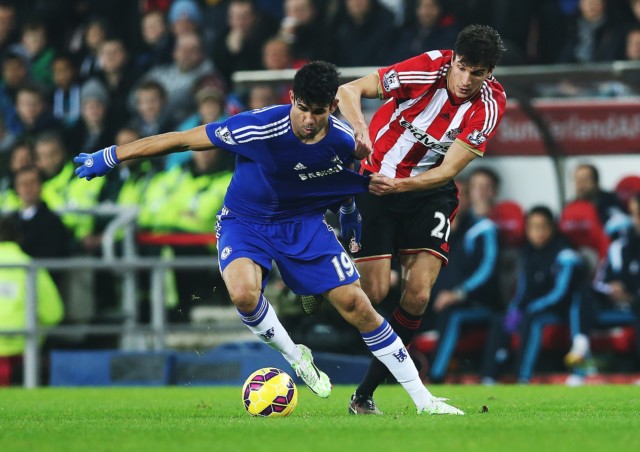 The hapless Vergini (right) was hopeless at Sunderland

The clumsy defender is probably best remembered in England for scoring one of the most spectacular own goals of all time for Sunderland against Southampton in a remarkable 8-0 defeat for the Black Cats.

If that is to be British fans’ only memory of Vergini’s spell in the Premier League, it is a fitting one.

Despite this aberration, that very same month he lined up alongside Messi in a 7-0 romp over Hong Kong for his country, a match in which the 5ft 6in forward bagged twice.

Now 32, Vergini turns out for San Lorenzo back in his native Argentina. 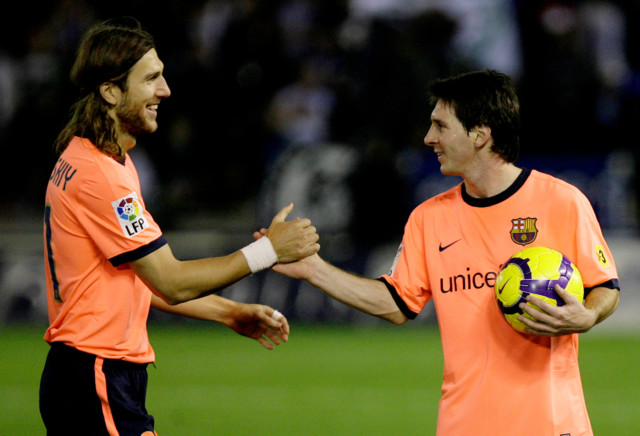 Dmytryo Chygrynskiy arrived at Barcelona for £20million in the summer of 2009, a lot of money for a defender in those days.

He had impressed for Shakhtar in their run to winning the previous season’s Uefa Cup, convincing Pep Guardiola to splash out on the shaggy-haired Ukrainian.

But he struggled to learn Spanish, and could not dislodge Carles Puyol or Gerard Pique at the back for the European champions.

Chygrynskiy was sent packing back to Shakhtar after just 851 minutes of action for Barcelona, although it was rumoured to be against Guardiola’s wishes – with president Sandro Rosell sanctioning the deal having been so unimpressed with the signing. 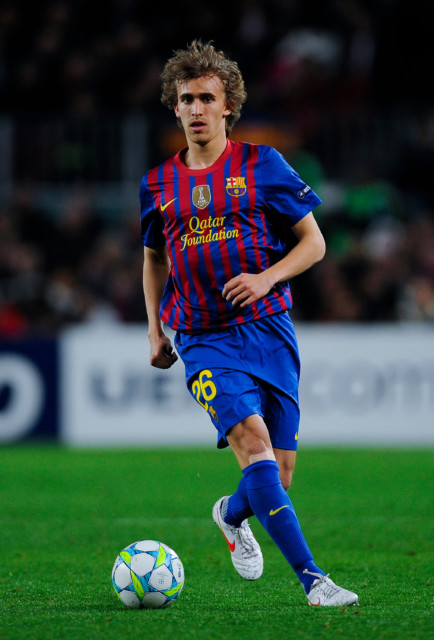 Marc Muniesa received a Champions League winners’ medal in 2009 without playing a single minute in that season’s competition, by virtue of simply being sat on the bench for the final.

If, warming up that day on the touchline of Rome’s Stadio Olimpico, Muniesa imagined that this sort of occasion would be a regular fixture of his career, he would be half right… there would be a lot of sitting on the bench.

After just four appearances for the Blaugrana, he was sent packing to Stoke of all places, where the most appearances he managed in a Premier League season was a paltry 19.

He now plays for Al-Arabi in the Saudi “Stars” League. 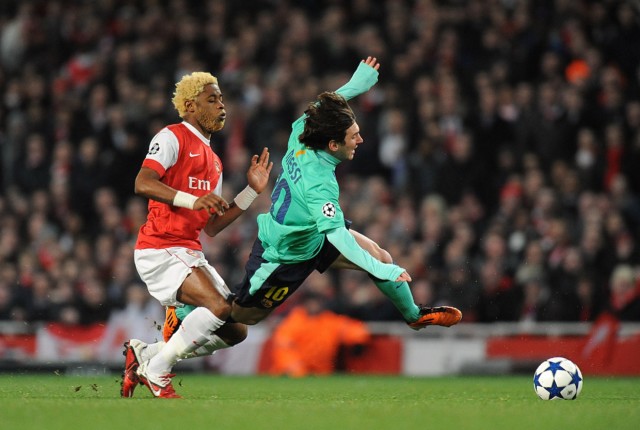 Once regarded as a fairly solid Premier League player at Arsenal, Alex Song walked the well-trodden path from the Emirates to Camp Nou in 2012.

Unfortunately for him, it was to go more the way of Alexander Hleb than Thierry Henry.

The Cameroonian failed to impress as Sergio Busquets’ understudy, and is probably most remembered for mistakenly thinking that captain Puyol wanted to single him out to lift a trophy with, rather than the recent liver tumour survivor Eric Abidal stood beside him.

Now 33, he has had spells at West Ham, Rubin Kazan and FC Sion, but now plays for Djiboutian side Arta/Solar7 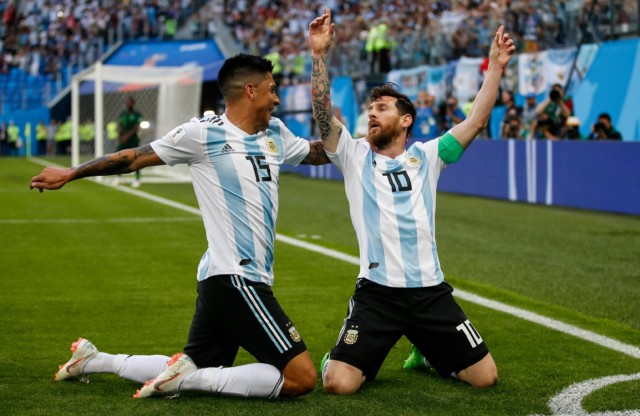 Enzo Perez was quick to help him celebrate, if little else

Enzo Perez is a scruffy little midfielder with heaps of tenacity, but not much else.

Javier Mascherano often had to completely carry that Argentina side’s midfield, largely because alongside him, Perez was somehow winning 26 caps.

Following a torrid spell at Valencia after joining from Benfica in 2014, the 35-year-old has represented River Plate in his home country for the last three years. 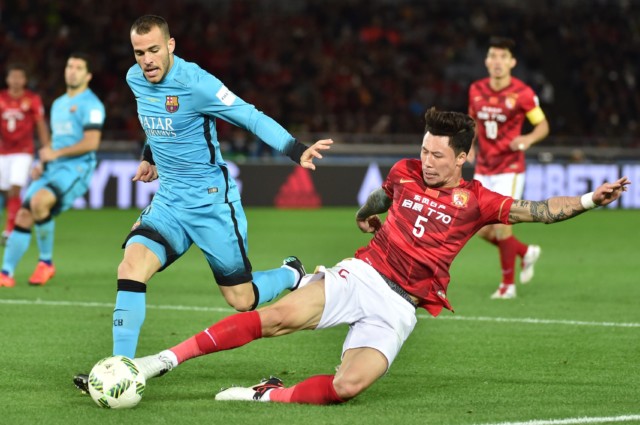 Sandro (left) was given chances at Barca before flopping at Everton

It’s hard to believe that Sandro Ramirez was  on the books at Everton, following his disastrous transfer in the summer of 2017 till 2020.

It’s harder still, to believe that he made 32 appearances in an attack that also featured Messi, Neymar and Luis Suarez.

The Spaniard mustered seven goals for the side from whom’s academy he graduated – albeit six more than he got for the Toffees.

Now 25, Sandro is starring at Huesca. 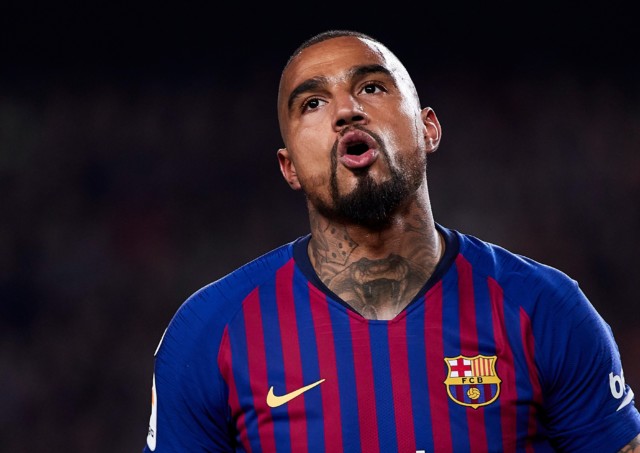 When you think of “Boateng” and “Messi”, your mind is probably more likely to turn to the Argentine’s humiliation of Kevin-Prince’s brother Jerome against Bayern Munich in the Champions League.

But there was a weird spell when Leo was playing alongside the former Tottenham flop in 2019, when Barcelona signed him on loan from Sassuolo.

The Ghanaian international looked like a fish out of water when plonked up front by Ernesto Valverde.

He has since turned out for Besiktas, Fiorentina and Monza. 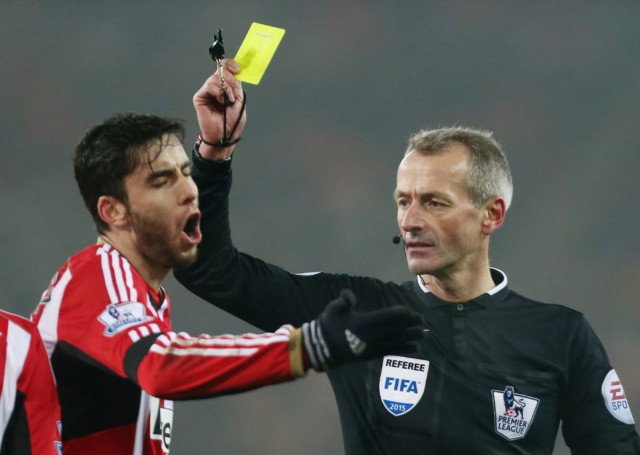 Alvarez somehow played with Messi at the 2014 World Cup, despite being rubbish for Sunderland

It seemed something of a coup when Sunderland managed to sign Ricky Alvarez on loan from Inter Milan on Deadline Day in the summer of 2014.

This was, after all, an Argentine international that had just spent the summer at the World Cup alongside Lionel Messi.

It was a disaster, however, on account of Alvarez being unfit, and rubbish.

The Black Cats then found themselves embroiled in a legal tangle after trying to get out of a permanent deal – with the horror transfer rumoured to have ultimately cost Sunderland around £20million in total. 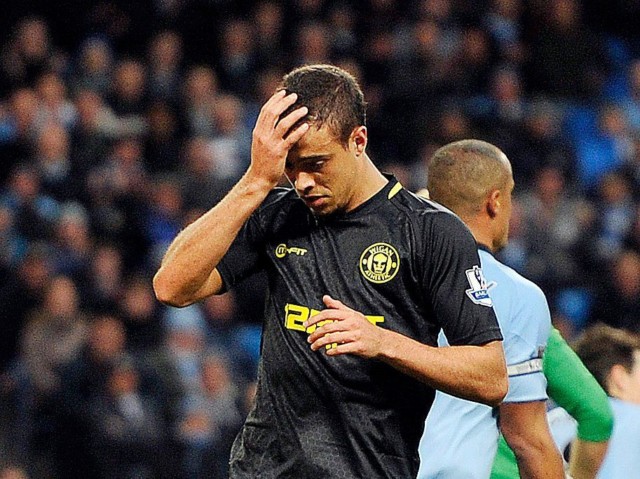 Di Santo was inconsistent at best across spells at Wigan, Blackburn and Chelsea

You’re Lionel Messi, you’re captain of your national team, a regular Ballon d’Or winner, it’s March 2013 and you’ve trekked to the high altitude of Bolivia to play in a World Cup qualifier.

It’s 1-1, the conditions are stifling, the campaign isn’t going well – so imagine how you feel when your manager is readying a Wigan Athletic striker to come on and save the day.

Well that’s exactly what happened, except the save the day bit.

Having mustered a whopping five goals in the Premier League that season for Roberto Martinez’s side, Di Santo found himself playing with Messi for Argentina.

The score remained 1-1, and mercifully for Messi he only once had to play with Di Santo again, although perhaps the ex-Wigan and Blackburn man might have scored one of those Gonzalo Higuain chances in the Copa America and World Cup finals…