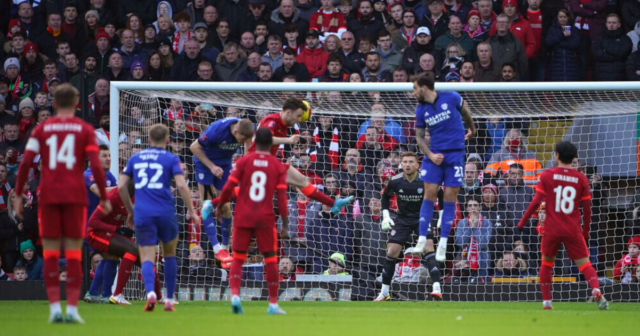 It looked as though it was going to be a stroll in the park for Jurgen Klopp’s team when Jota carved Cardiff apart in the fourth minute with a sublime flick through the legs of rookie defender Oliver Denham.

But the striker’s shot drew a crucial save from Dillon Phillips and that turned out to be the only one of Liverpool’s 11 first-half shots which was actually on target.

Naby Keita, Curtis Jones, Roberto Firmino, Trent Alexander-Arnold and Jordan Henderson were all miles off target as the 6,000 Cardiff fans behind the goal in the Anfield Road End were in greater danger than their team’s goal.

And the visitors were convinced they should have had a 19th minute penalty when Mark Harris got in behind Ibrahima Konate before being bundled over by the big Frenchman.

VAR Darren England had a good, long look at that one before ruling that Harris had deliberately stepped into Konate’s path to draw contact.

But it summed up Liverpool’s uncharacteristically casual approach as they consistently conceded possession despite racking up a daunting 82 percent possession.

And that carelessness almost came back to haunt them immediately after the half-time interval when keeper Caoimhin Kelleher was the subject of another tight VAR call.

The Republic of Ireland international raced 20 yards out of his area in a panicked dash to prevent Harris from reaching a long pass over the top.

But he completely missed the ball and could only send Harris flying with an outstretched boot into the Cardiff striker’s ankle.

Ref Andy Madley immediately brandished a yellow card at Kelleher but it was only after England had ruled out preventing a goalscoring opportunity and serious foul play that Liverpool were allowed to keep 11 men on the pitch.

Cardiff boss Steve Morison was convinced that someone up there had it in for him and that conviction was confirmed when Liverpool finally found the target in the 52nd minute.

Alexander-Arnold whipped in a free-kick and Jota was able to get ahead of Mark McGuinness to steer a header beyond Phillips’ reach for his 15th goal of the season. 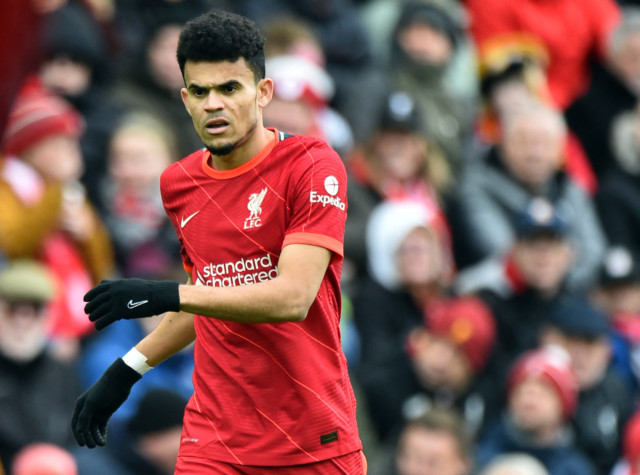 Fans were given a glimpse of new boy Luis Diaz 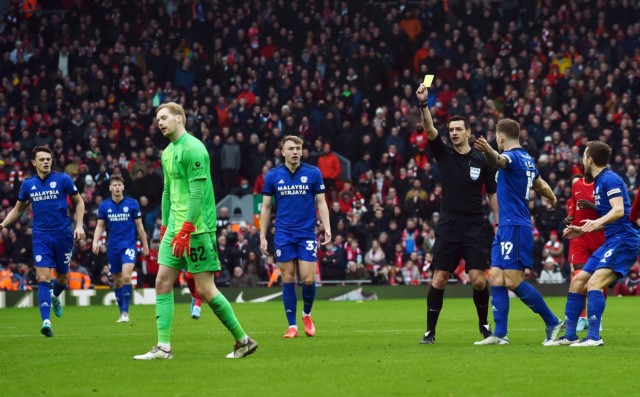 Caoimhin Kelleher was fortunate to only be shown a yellow card

That was the signal for Klopp to send on £37million newcomer Luis Diaz and Harvey Elliott to finish the job off.

Colombian international Diaz needed just ten minutes to announce himself to the Anfield faithful, cashing in on a defensive howler by Perry Ng to set up Minamino for an emphatic close range finish.

But the loudest cheer of the afternoon came in the 76th minute when 18-year-old Elliott claimed the first goal of his Liverpool career in his first game back since suffering a dislocated ankle in October.

The travelling Bluebirds supporters finally found reason to be cheerful when sub Rubin Colwill struck with an emphatic finish but his goal was never going to threaten Liverpool’s passage through to the last 16. 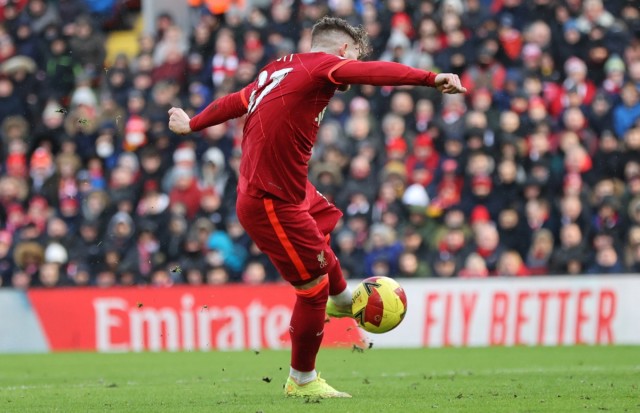 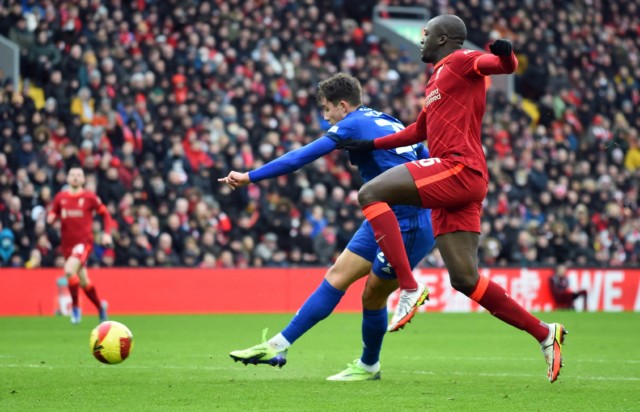