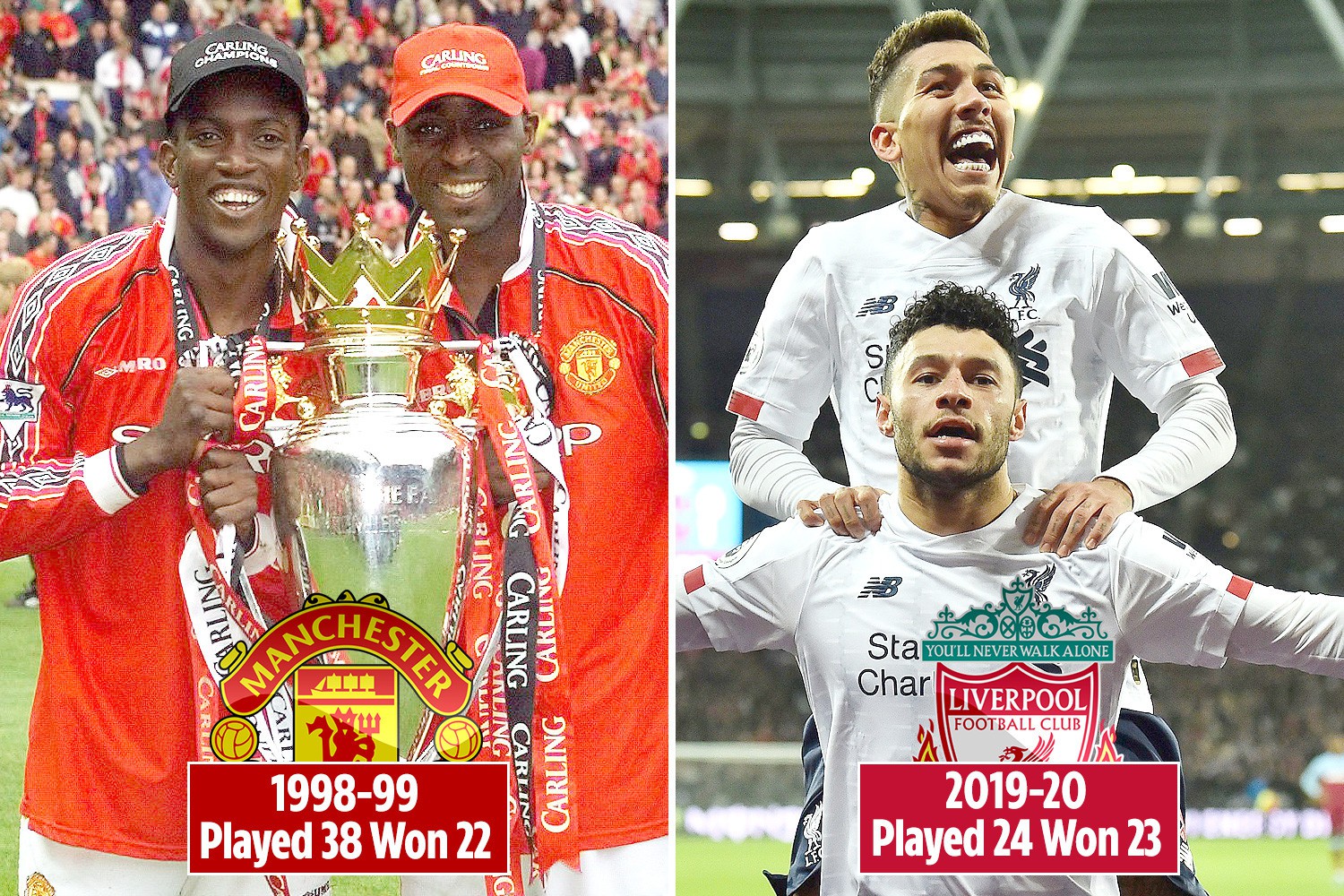 Jurgen Klopp’s side have been in phenomenal form as they sit 19 points ahead of Manchester City in second.
It has been nearly 30 years since Liverpool last won a league title and Klopp’s side are edging closer to ending that drought.
With 23 victories under their belt Liverpool have won more games – with 14 Prem matches still to go – than two previous Prem title winners managed in a whole season – Man Utd in 1996-97 and their 1998-99 Treble-winning campaign.
Last night’s win saw Liverpool reach 70 points after 24 league games, while all other teams in top-flight history have needed at least 27 matches to hit 70 – if they managed to at all.
After beating the Hammers, the Reds have now beaten all 19 Premier League teams this season, and have only dropped points on one occasion.
The attacking trio of Sadio Mane, Roberto Firmino and Mohamed Salah have been far too strong for Premier League sides this season, scoring 31 goals between them.
They last beat every league side they faced in a season 124 years ago (1895-96) in the second tier.
Alisson, Andy Robertson, Virgil van Dijk and Trent Alexander-Arnold have been in outstanding form to provide the tightest defence in the league, conceding only 15 times in their 24 matches so far.
With a formidable defence and a potent attacking force, they’ve now gone 41 league matches without losing and are now just nine games from beating the Arsenal Invincibles’ unbeaten top-flight run of 49 matches.
Jurgen Klopp’s men have won their last 15 league matches – only the fourth occasion a team has won 15-plus English top-flight games in a row.
Liverpool could secure the title at the Etihad against closest challengers Manchester City at the beginning of April.
It could be a memorable season for the Reds as they look to defend their Champions League title as well as clinch the Premier League.
Atletico Madrid present a tough task in the round of 16 in Europe.
Diego Simeone’s side are ten points off the top of the La Liga table and could put all their efforts into another crack at the Champions League.