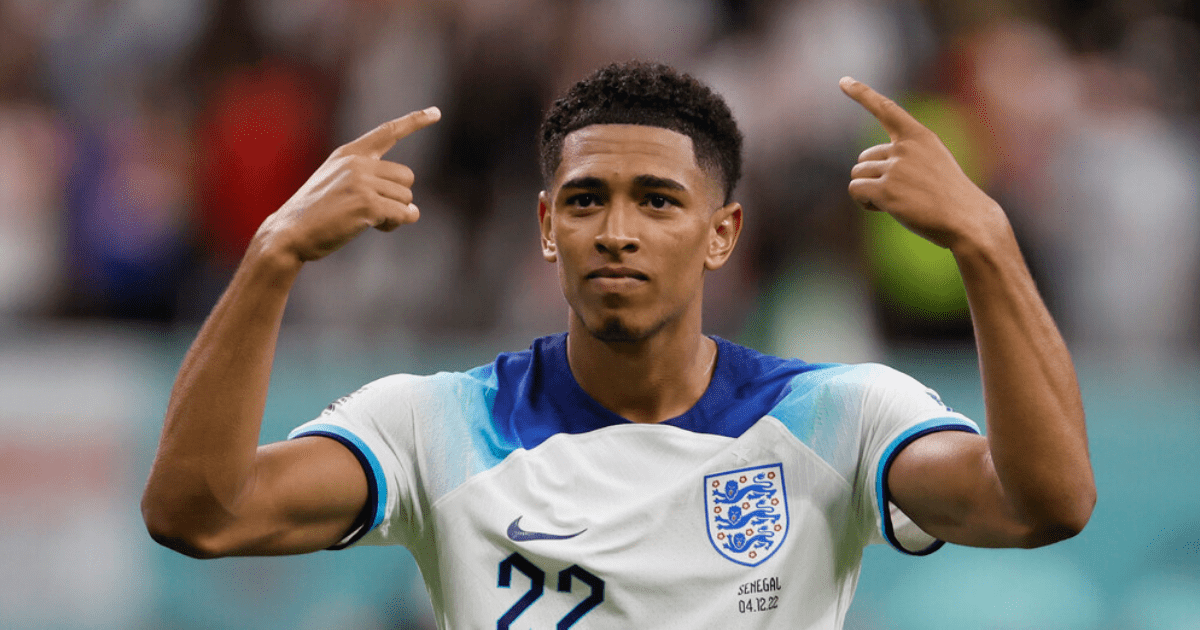 JUDE BELLINGHAM could be on his way to Liverpool next summer after they reportedly emerged as the front runners to sign him.

Bellingham, 19, has been heavily linked with a transfer to a number of top clubs.

Liverpool are leading the race to sign Jude Bellingham

And according to Christian Falk, Liverpool have surged ahead in the race to sign him with talks at a more advanced stage with them than with European powerhouse Real Madrid.

Falk also revealed that Bellingham’s family are more convinced by the prospect of a move to Liverpool than they are to Madrid.

Bellingham himself appears to have struck up a rapport with Liverpool captain Jordan Henderson while on England duty at the World Cup.

Fellow Reds star Trent Alexander-Arnold also shared a snap of himself and Bellingham going for a stroll in Qatar to send fans into meltdown.

However, Manchester United legend Gary Neville picked up on the way they were cosying up to the Borussia Dortmund star.

He said: “The whole thing unnerves me!

“When I was in the camp sort of 15 years ago, I used to sort of get close to (Wayne) Rooney, close to Rio Ferdinand. All those players you thought you could just grab.

“Now you see Phil Foden next to Jude Bellingham, you see Trent Alexander-Arnold going for a walk with him, you see Jordan Henderson cuddling up to him at the end of the game.

“And you think ‘you sneaky little sods, I know what you’re trying to do you lot’.”

Despite Liverpool’s persuasion tactics, it has not come without a fight from other interested parties.

A Real Madrid fan confronted Bellingham while he was alongside Henderson and Alexander-Arnold, and told him to sign for Real Madrid instead.

The fan told Bellingham he would be able to win the Ballon d’Or if he joined the Spanish champions – who beat Liverpool 1-0 in the Champions League final last season.

But first of all Bellingham has his sights set on helping England beat France to get into the semi-finals of the World Cup.

In this article:advanced, favourites, talks