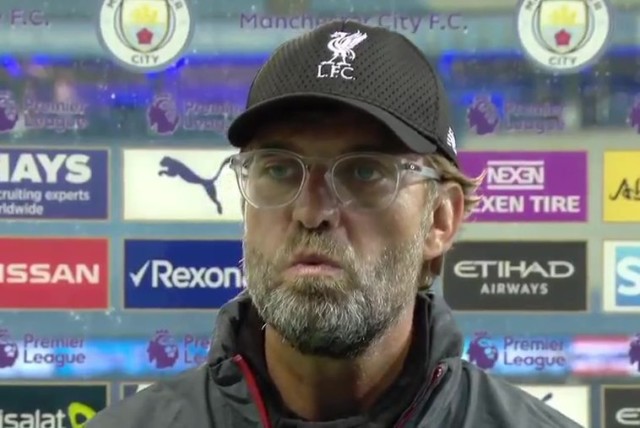 JURGEN KLOPP was in fiery form when facing questions after Liverpool’s 4-0 drubbing at the hands of Manchester City.

Strikes from Kevin De Bruyne, Raheem Sterling and Phil Foden, plus an Alex Oxlade-Chamberlain own goal, handed the Premier League champions a big defeat in their first game after being crowned.

After the final whistle, Klopp spoke to Sky Sports’ Geoff Shreeves for the mandatory post-match interview but was as spiky as can be expected after such a performance.

A number of times, the Reds coach insisted he did not understand the question and launched into a rebuttal against the reporter when asked about his side missing early chances.

Klopp replied: “You ask me?

“Why are you asking me if we had decent chances?

“We had moments but you watched the game completely calm why are you asking me if we had decent chances? It makes no sense, this question.

“We had decent chances, ask me about them.

“So we had situations, Sadio Mane in the box, but we didn’t use them. That’s true.”

Having won the title over a week ago, the Liverpool boss insisted pre-game that his side only celebrated for the one night but were well beaten at Etihad Stadium – with the score 3-0 by half-time.

Klopp did praise his players for showing a “brilliant attitude” in the defeat but admitted they lacked “fluidity” and often came out second-best in “50/50” challenges.

Nevertheless, the German was confused when asked if Liverpool should apply some “perspective” to the defeat.

After Shreeves attempted to clarify, Klopp stated: “If you want to lead this story in the direction that we were not focused on that game, then do it.

“You’ve asked a second time now. You speak about attitude, I like my team, how they set up. I said that and I thought it was clear.

Speaking after the interview, pundit Roy Keane explained that Klopp was simply “fuming because his team got beaten”. 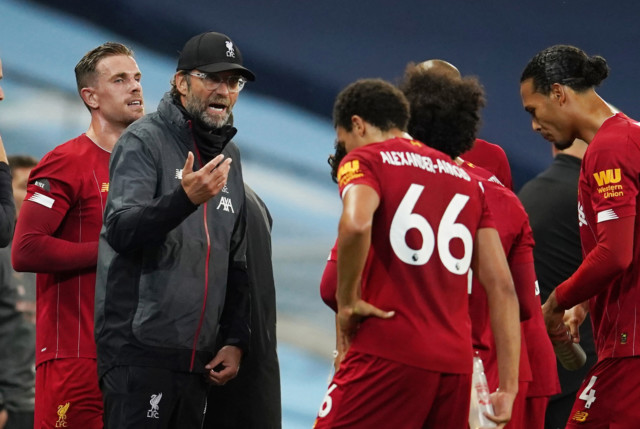 Klopp watched on as his champions succumbed to their predecessors on Thursday night
Advertisement. Scroll to continue reading.
In this article:etihad stadium, liverpool, manchester city, premier league