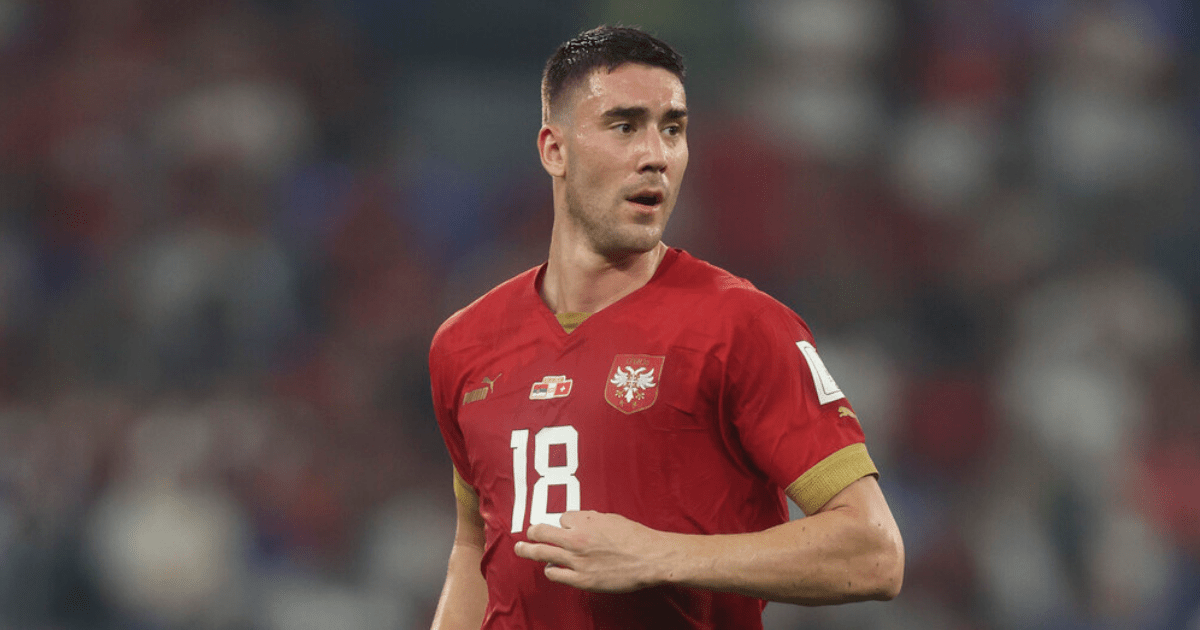 DUSAN VLAHOVIC could be on his way to Liverpool in a sensational swap deal which would see Ibrahima Konate go the other way.

Vlahovic scored in his one and only start for Serbia at the World Cup.

Dusan Vlahovic has been linked with a transfer to Liverpool

According to Calciomercatoweb, Jurgen Klopp is a big fan of the 22-year-old.

Klopp is said to view Vlahovic as the ideal striker for his team despite only just splashing out on Darwin Nunez for a club record fee of £85million last summer.

And this could lead them to a transfer for Vlahovic, who only joined Juventus last January.

Vlahovic, who has scored 16 goals in 36 appearances for the Italian’s, was at the centre a cheat storm alleging he had had an affair with a team-mate’s wife.

However, Vlahovic staunchly denied the claims, and hit back after scoring for Serbia by grabbing his NUTS as he celebrated.

In order to make such a deal happen without dipping further into their pockets, Liverpool could offer up Frenchman Konate.

The Italian outlet’s report suggests Juventus had been planning on prioritising new defensive recruits, with Konate being deemed as an ideal player for boss Massimiliano Allegri.

Konate himself only joined Liverpool in the summer of 2021, but has seen his game time limited due to a mixture of injuries and Klopp going with more tried and trusted options.

Liverpool have fallen from their usual heights this year and find themselves far off the pace of the Premier League leaders.

Instead, they are loitering seven points outside of the top four down in sixth place.

In this article:konate, offering, swap