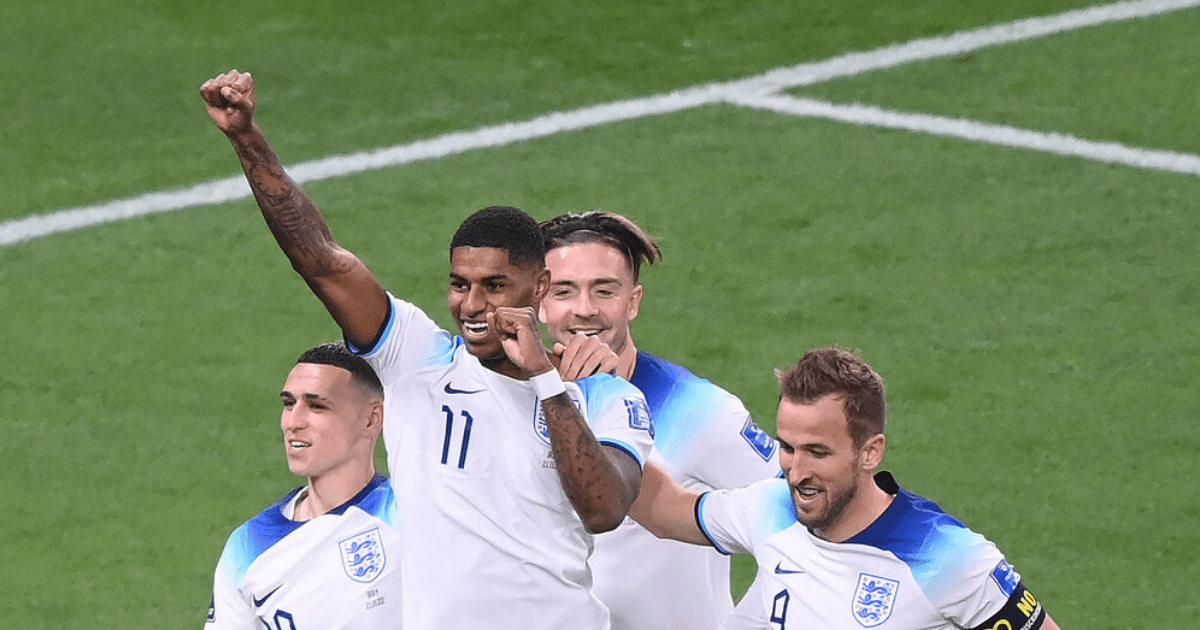 But Murphy insists manager Gareth Southgate must maintain the belief in how good his forwards are and let them play the same way they do in the Premier League.

The Three Lions enjoyed a flying start in Qatar with a 6-2 mauling of Iran in their opening match and are now looking to keep the ball rolling when they meet USA tonight.

Murphy, who amassed nine England caps, was a little sceptical before the start of the tournament after the national team’s winless run of six matches and relegation from the Nations League’s top flight.

But the former midfielder insists there is nothing to fear, especially after favourites like Argentina and Germany’s shock losses to Saudi Arabia and Japan respectively.

However, the ex-Liverpool, Tottenham and Fulham ace believes Southgate has to let his attackers unlock their full potential like they do for the likes of Manchester City, Arsenal and Manchester United.

Speaking to Lord Ping, Murphy said: “Before the tournament, I was a little bit sceptical because of our recent form and the fact that we had a few injuries to key players, players in the squad that haven’t been playing that much. When I say sceptical, I didn’t think we would go out in the group, I wasn’t convinced we had enough quality to win it.

“Looking at what I’ve already seen, there’s nothing to fear. We are capable of winning this World Cup, that’s for sure, and I didn’t believe that until the last few days after seeing some of the teams that have been built up as favourites. How many Argentina players would get in our team? Maybe two, three at the most. There’s nothing to fear.

“I think Southgate needs to maintain the belief in how good we are. If he maintains the belief with our forward players, our energy and ability to be creative, play on the front foot, the way our players like to play, like most of them do at club level, then I think we might be able to do it. I think if we become too cautious or pragmatic, I think it plays into the hands of whoever we come up against.

“I don’t think we should play any other way. Why play in a manner the players are not used to playing for their clubs? Why send a message to your opponent that says we’re showing you too much respect by playing five at the back?

“There’s no one really that I’ve seen that we should be scared of. Don’t get me wrong, watching [Kylian] Mbappe vs Australia, wow, wow, wow, what a player he is, but he is only one player. I actually thought that Australia created quite a few opportunities against France, they were caught wide open at times, but maybe that’s because the French team took its foot of the gas, who knows.

“The reality is that this group of England players is super talented and looks really confident. You need a bit of luck along the way, in tournament football, the best teams don’t always win the tournament.

“In fact, rarely does the best team win the tournament because somewhere along the line, something will go against you. In a one off game, you can’t recover. Tournament football at international level is one off games in a knock out format, it’s different from the Champions League where a lot of teams get to the latter stages because they have two games and can correct any mistakes.

“Looking back at international tournaments, there are always moments that change games – [Wayne] Rooney getting sent off against Portugal, [David] Beckham getting sent off. I think England win those games without those incidents.

“We will know a lot more about England’s chances after the second round of games, but I am more confident with this England team now than I have been in a long time. Everything looks good.”