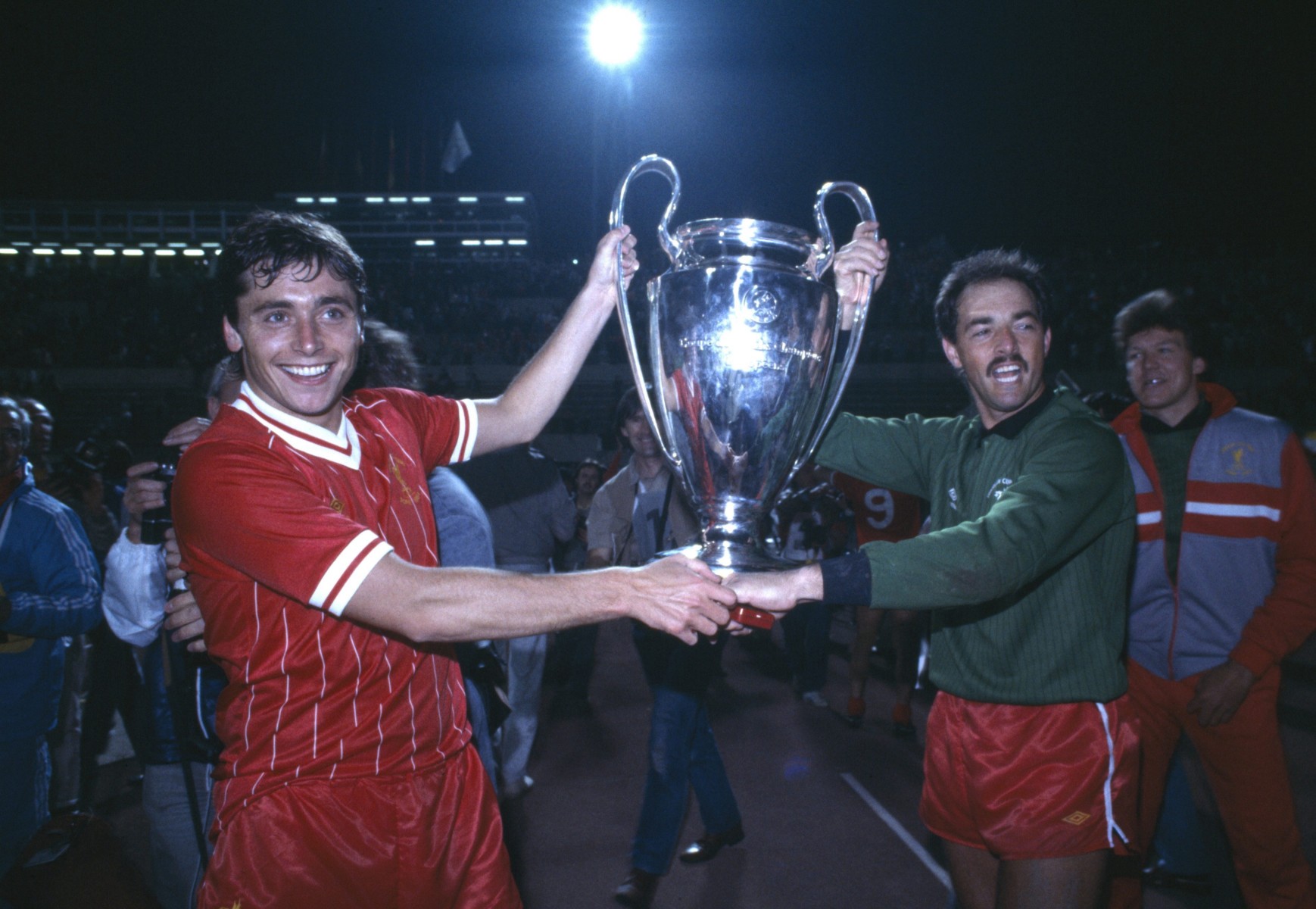 IN his native England, Michael Robinson is remembered as a treble-winning striker with Liverpool and an FA Cup finalist with Brighton.

Yet that impressive footballing CV is nothing compared to the legend he would become as a pioneering, award-winning broadcaster in Spain.

Robinson’s death from cancer at the age of 61 is being deeply mourned in his adopted homeland with warm tributes from Rafa Nadal, Cesc Fabregas and even Prime Minister Pedro Sanchez.

He was renowned as a man who revolutionised Spanish football coverage on television, who became both forensic and lyrical in a language he could not speak until he joined Osasuna at the end of his playing career.

Robinson moved to Spain in 1987 and never moved back. He fell in love with the country and its football-mad people — and the romance was lifelong and mutual.

Some of his earliest Spanish TV appearances came when he spoke about a fellow Englishman abroad, Gary Lineker of Barcelona.

Robinson — English-born but capped 24 times by the Republic of Ireland  — would become as famous a personality in Spain as the Match of the Day anchorman is here.

He was a brilliant man — intelligent, warm, funny and enormously generous.

As a young wet-behind-the-ears reporter, Robinson gave me one of the most enjoyable — and gloriously drunken — evenings of my career.

By the time I met him, in the week David Beckham signed for Real Madrid in June 2003, Robinson was a media phenomenon — anchor of the nation’s most popular TV football show, with a puppet on the Spanish equivalent of Spitting Image. 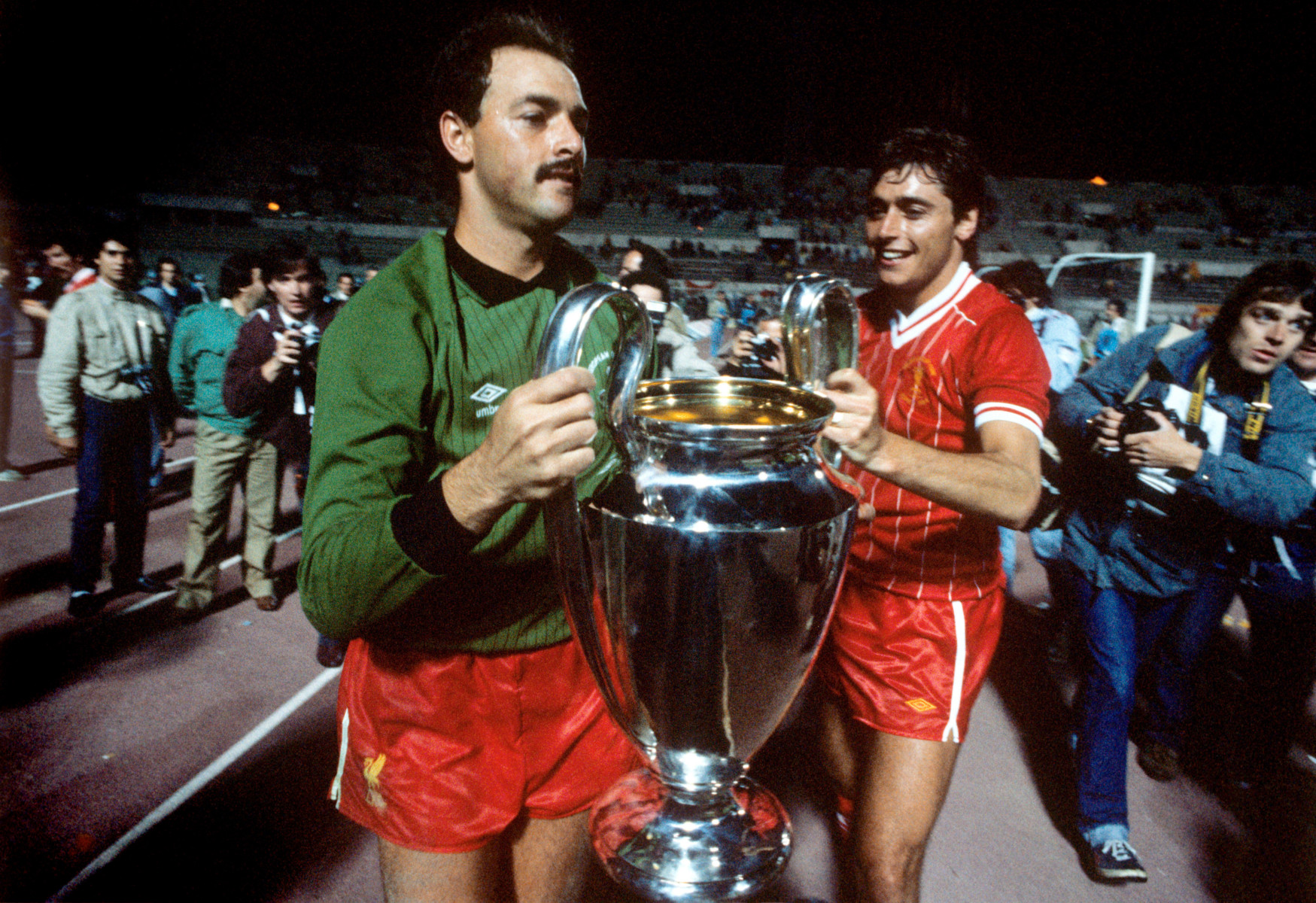 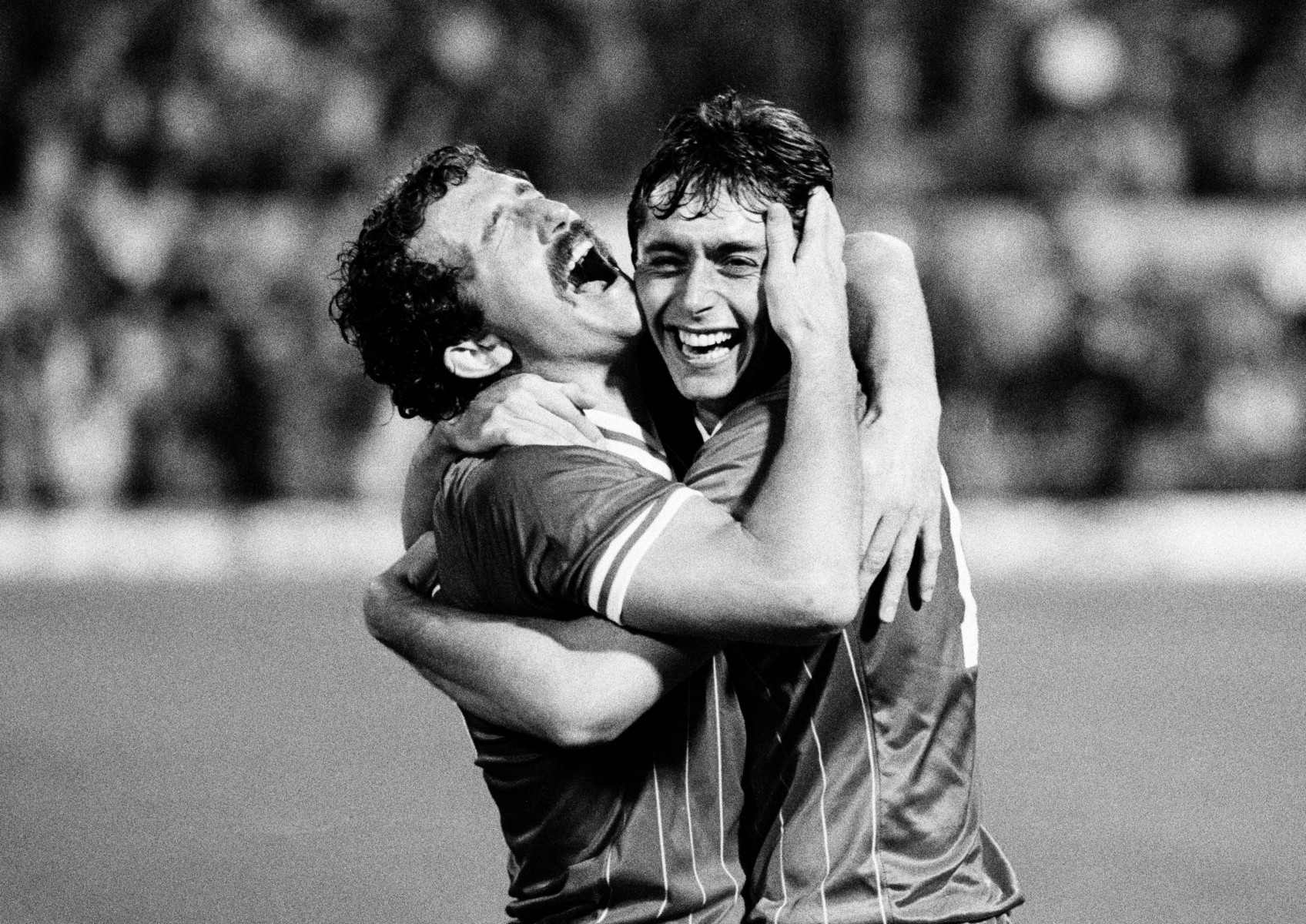 Later, he would even provide the voice-over for the ugly sister in the dubbed Spanish version of the movie ‘Shrek 2’.

The Spanish adored the way in which Robinson — or ‘Robin’ as they nicknamed him — would literally translate English expressions into their language in his thick Lancastrian accent.

Referring to a struggling team as performing like ‘pollos sin cabeza’ — ‘headless chickens’ — was a particular favourite.

Likewise, ‘over the moon’ and ‘pigs might fly’ were ‘Robinisms’ which helped make him a cult figure.

He fronted the ground-breaking Canal Plus TV show El Dia Despues — ‘The Day After’ — where he was admired for his thorough analysis and expressive language.

That show ran for 14 years but Robinson continued to work as a co-commentator, right up until last month’s lockdown.

Despite having been diagnosed with terminal skin cancer in 2018, the last match he covered was Atletico Madrid’s victory over Liverpool, the club he helped win the European Cup, league title and League Cup in 1984.

My memorable meeting with Robinson arrived when I was sent to Madrid to cover Beckham’s imminent signing for Real. 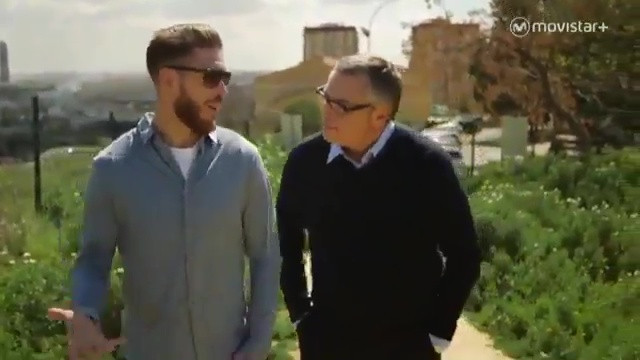 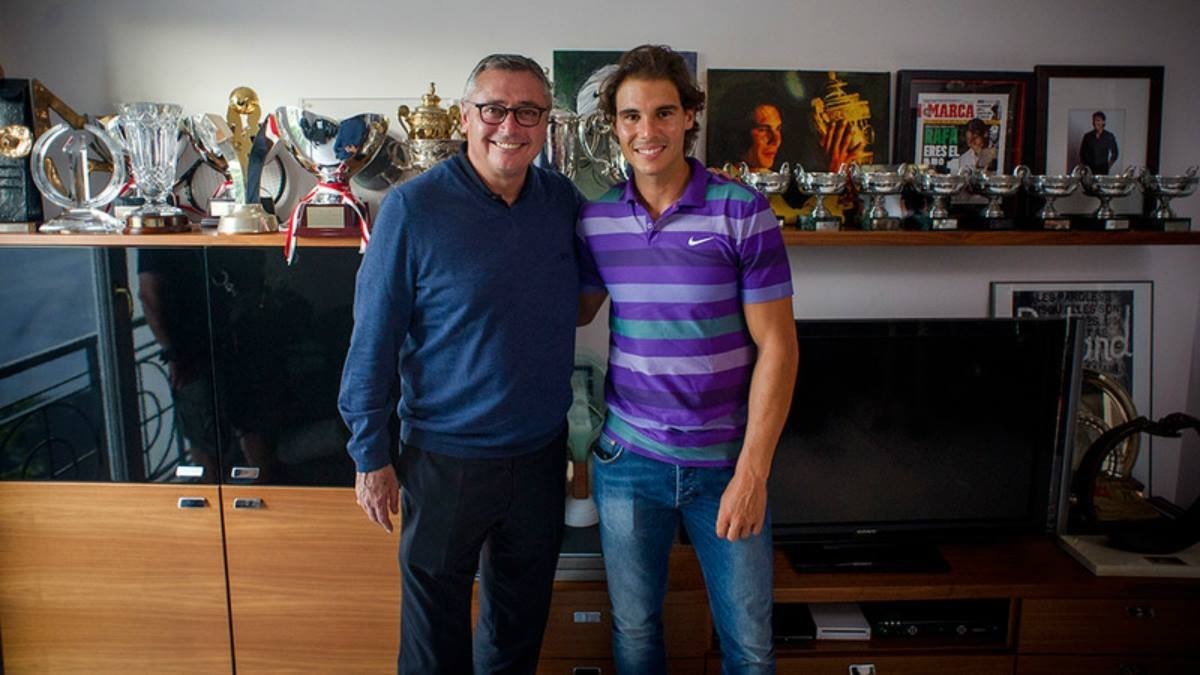 It was a huge story with the England captain at the peak of his celebrity being flogged by Manchester United after his fall-out with Sir Alex Ferguson.

Having spoken to ex-Liverpool and Real man Steve McManaman at the training ground, and with Beckham having still not arrived in the Spanish capital, there was precious little else to do.

I was relatively new to the job, still not sure whether it was for me, and was nervous about what I could unearth on a rare foreign trip.

I spoke no Spanish, very few people in Madrid spoke decent English then, and the thirst for anything relating to Becks’ move was insatiable at Sun HQ.

So I became determined to track down Robinson for his take on what Beckham could expect at the Bernabeu.

SE’s photographer heard that our man could often be found drinking in the Holiday Inn hotel close to Real’s stadium — and one evening, we got lucky and found Robinson enjoying a beer at the bar.

That was around 7pm. I left at about 4am, more thoroughly drunk than I have ever been on company business.

Robinson had regaled me with a lifetime of anecdotes and many gold-dust quotes about the challenge facing England’s ‘Goldenballs’ at the world’s most famous club. 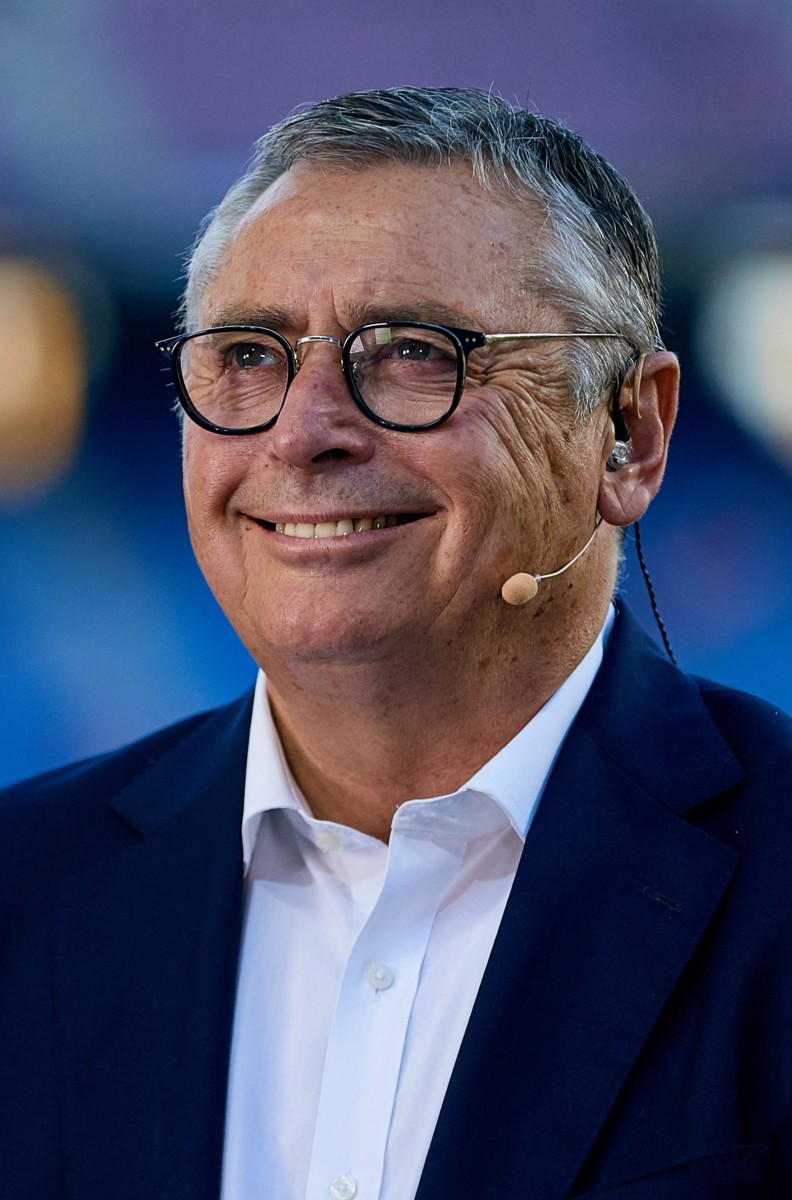 There was an air of panic when I awoke, fuzzy-headed, wondering whether I’d managed to get any of this down in my notepad. But luckily there were acres of legible shorthand notes and an exclusive interview for SunSport’s main spread.

Robinson told me: “Beckham must understand Real Madrid is theatre.

“There will probably be 25,000 fans watching Beckham train. The club means so much to these people.

“You work long hours and earn two bob, then you come home and your wife smells alcohol on your breath and wants to kill you. The kids are up the wall and the dog has eaten the sofa.

“But, never mind, because you are going to see Real Madrid at the weekend — going to the Bernabeu is a pilgrimage.”

For years, I kept a memento of our meeting — the name badge of the barman, who had been awestruck by ‘Robin’ and had served us all night.

Occasionally I’d see it inside a box of cufflinks and be reminded of how, after several pints and a fit of giggles, Robinson had negotiated in Spanish to buy that barman’s badge for me for five Euros.

I have often recounted that drinking session with Robinson as being the night I realised I never wanted to do any job other than this.

So, another cerveza please, Jesus old son, I need to raise a toast to an old friend.