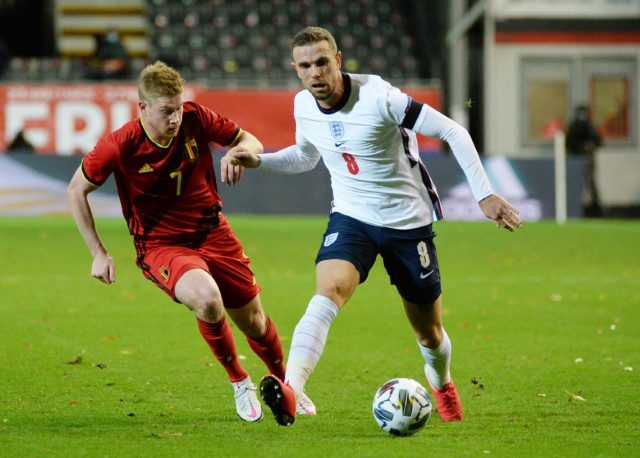 LIVERPOOL now have NINE first-team stars out injured after Jordan Henderson picked up a knock on England duty.

The Reds skipper was taken off at half-time of England’s 2-0 Nations League loss at the hands of Belgium. 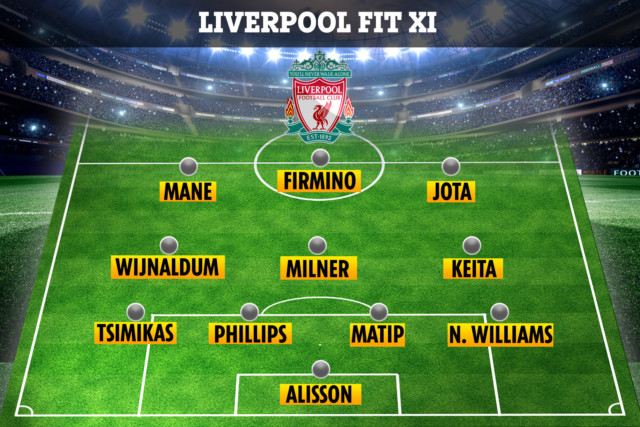 How Liverpool could line-up for the game against Leicester

Three Lions boss Gareth Southgate simply called Henderson‘s issue ‘tightness’ – with the location and extent of the injury not yet known.

Southgate said: “Jordan had a bit of tightness at half time and felt he couldn’t carry on.

“We’ll have to assess him when we get back.”

Now Jurgen Klopp struggle to put a team of healthy stars out – and will yet again be forced to raid the youth ranks for Sunday’s game against Leicester.

Joe Gomez already suffered a nasty injury to a tendon in his knee during England training and was forced to undergo surgery, meaning he will miss a huge chunk of the 2020-21 season.

Andrew Robertson also picked up a hamstring injury while away with Scotland, meaning Liverpool’s entire first-choice back-four is now on the physio’s table.

And Trent Alexander-Arnold is also out having picked up a calf injury in the 1-1 draw with Manchester City. 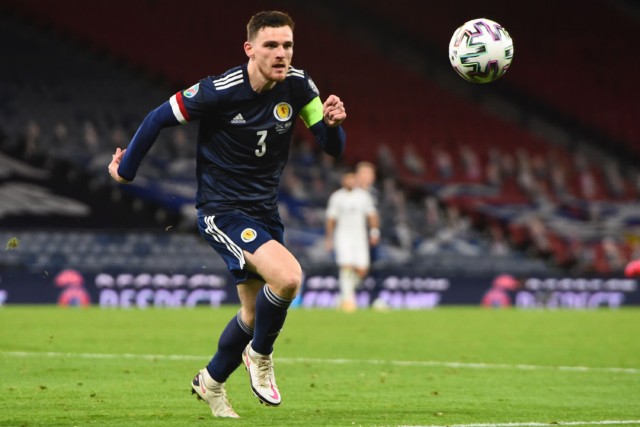 Andrew Robertson picked up an injury while on Scotland duty

In midfield, Fabinho, Alex Oxlade-Chamberlain and Thiago Alcantara have all been struggling with injuries.

Fabinho pulled up with a hamstring injury in the first-half of the Champions League win over Midtjylland.

Thiago has been struggling since being hacked by Richarlison in the heated clash with Everton, while Oxlade-Chamberlain is still out after picking up a nasty knee injury in pre-season.

In attack, Mohamed Salah has been ruled out after testing positive for coronavirus during the international break.

It means Klopp has been left horribly short-handed for Sunday’s clash with Premier League leaders Leicester.

Alisson’s return to fitness will be a huge boost, but he will have to contend with an inexperienced back-line ahead of him.

Neco Williams will likely start at right-back, with summer signing Kostas Tsimikas starting on the left after recovering from an injury of his own.

Nat Phillips is set to keep his place in defence after starring against West ham in his Premier League debut. 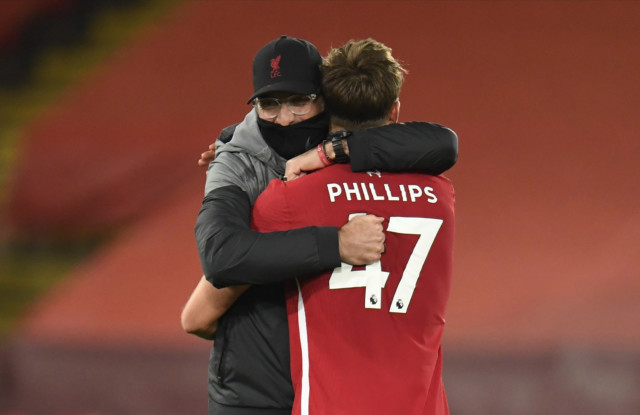 Nat Phillips could start in the heart of defence against Leicester 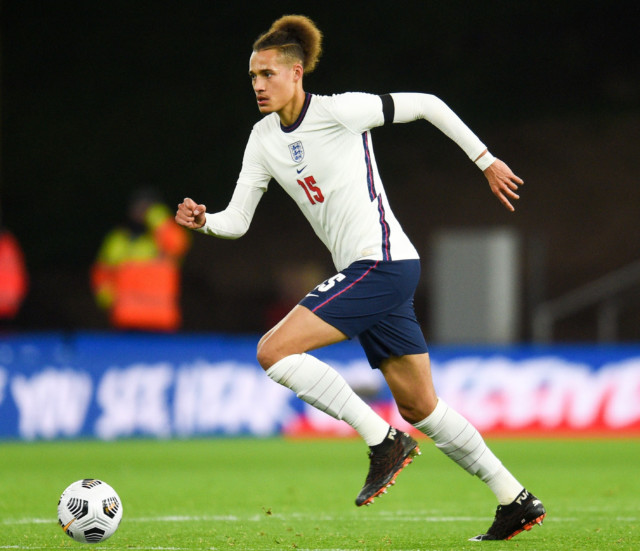 Klopp will hope injury-prone Joel Matip will stay fit to start alongside him, otherwise Rhys Williams – who has starred in the Champions League this season – may be given his Premier League bow.

Williams – who has earned his first two cap for England’s Under-21s this season – has kept a clean sheet in all three of his European games.

James Milner will likely start in midfield, alongside Naby Keita and Georginio Wijnaldum – who scored twice in Holland’s 3-1 win over Bosnia and Herzegovina.

Up front, Roberto Firmino will be tasked with leading the line, with red-hot Diogo Jota and Sadio Mane on the wings.

Liverpool’s bench for the Leicester clash will be worryingly inexperienced.

Rhys Williams will likely be on the bench, alongside second-choice goalkeeper Adrian.

Youngsters Sepp van den Berg or Billy Koumetio may be roped in too, to bolster Klopp’s defensive options.

Curtis Jones – who will push for a starting spot – could join Takumi Minamino, Xherdan Shaqiri and Divock Origi on the bench.

Did you miss our previous article…
https://www.sportingexcitement.com/football/premier-league/ex-liverpool-and-barcelona-star-javier-mascherano-retires-aged-36-after-glittering-career-due-to-personal-feelings