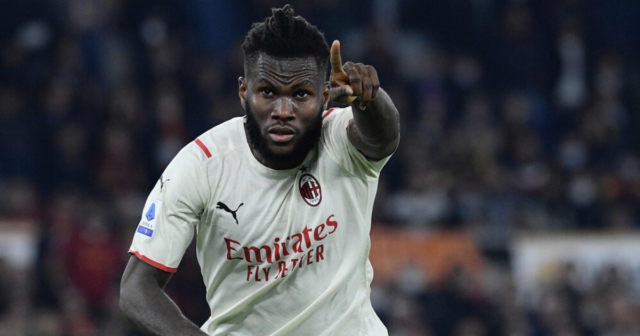 LIVERPOOL have launched a ‘very interesting’ offer for AC Milan star Franck Kessie, according to reports.

The Ivorian’s contract at San Siro is set to expire at the end of the season.

Franck Kessie is in demand

Kessie, 25, looks set to move on – with a host of club’s interested.

According to Italian outlet Ansa, Jurgen Klopp’s side want to jump to the front of the queue.

The Reds lost midfielder Georginio Wijnaldum to Paris Saint-Germain at the end of last season.

Rather than replace the Dutchman, Liverpool have given more minutes to talented youngsters.

“That’s why when you have a core group that play together for a while, then you can put in younger players as well.

“Like we did at the beginning of the season with Harvey [Elliott], who was absolutely outstanding and massively impressive in that period.

“When you bring in Curtis [Jones], the way he performs is because we are stable and because of his talent.

“And now Tyler [Morton] is coming in and that’s possible because of how the rest around him works.”

Liverpool could move for Kessie to give Klopp a more established option.

But they will likely have to compete with Tottenham to sign the 25-year-old.

Spurs boss Antonio Conte is also in the market for a midfielder in January.

He joined the Italian giants, initially on loan, in 2017 and has gone on to make 205 appearances – scoring 35 goals and laying on 16 assists.

Kessie has been named in Ivory Coast’s 28-man squad for the Africa Cup of Natons alongside the likes of Nicolas Pepe and Wilfried Zaha.

Did you miss our previous article…
https://www.sportingexcitement.com/football/premier-league/chelsea-edge-closer-to-aurelien-tchouameni-transfer-as-cheap-declan-rice-alternative-thanks-to-good-agent-relationship