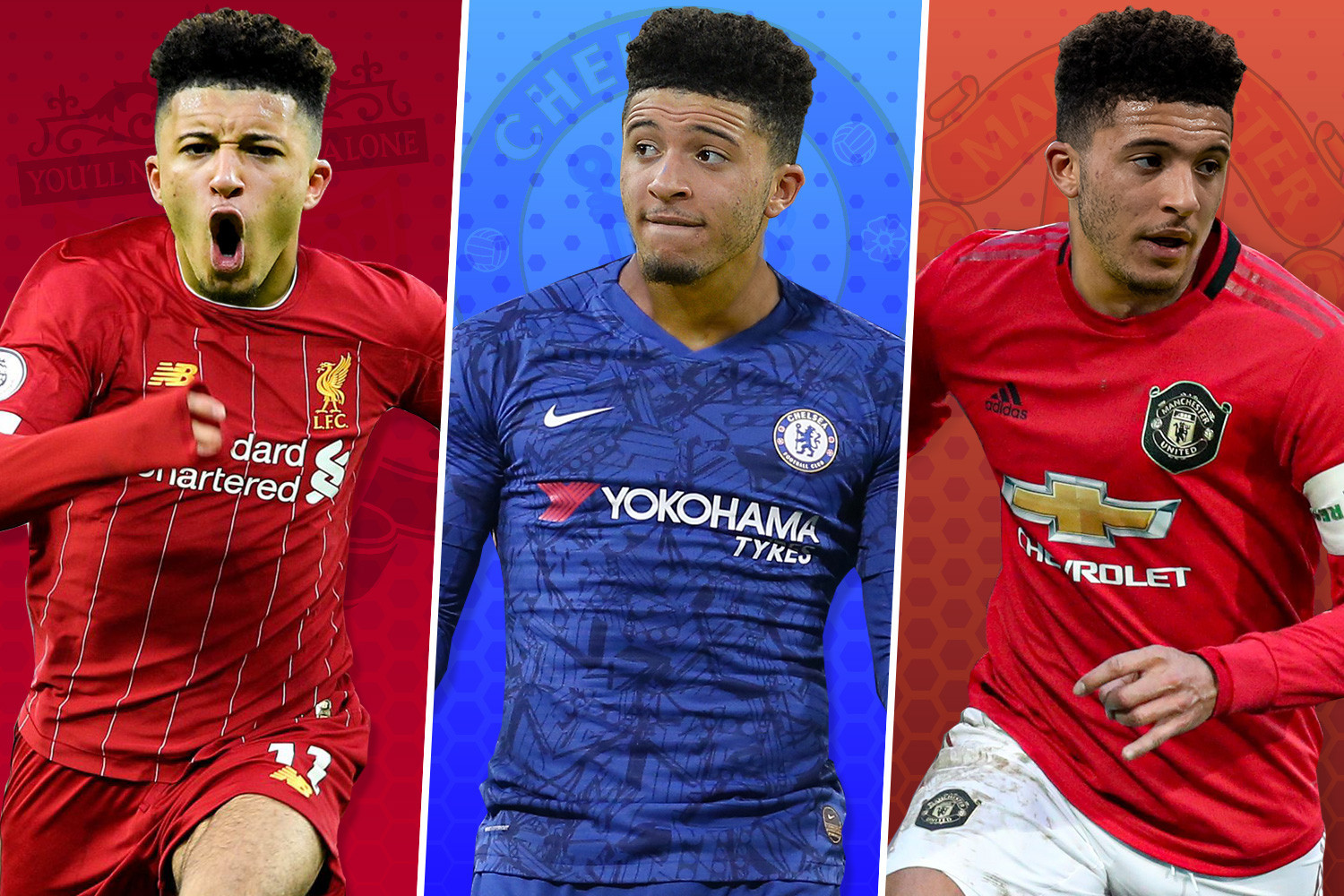 JADON Sancho is the youngster every major club wants to have in their ranks next season.

The England wingers decision to walk out on Manchester City in search of first-team action at Borussia Dortmund has paid off superbly.

Now a regular for the Three Lions and – fitness permitting – certain to be part of Gareth Southgates Euro 2020 squad, Sancho knows he has the pick of the continental cream at his disposal.

Admittedly, they have to be willing to stump up 120m plus for his services – probably ruling out a return to first club Watford.

But if it comes down to Sanchos choice, where would he be best to go?

SunSport weighs up the pros and cons of the potential options.

For: Whoever is in charge at Old Trafford next summer, Sancho will know he would be a key part of the strikeforce, and part of a very young attacking unit including Marcus Rashford and Daniel James.

Choosing the biggest club in English football would also poke old club City in the eye.

Against: Sancho has made the most of two full seasons in the Champions League with Dortmund.

United are far from guaranteed to be part of the Euro elite next term, while the team looks further away from winning the title now than at any point since Fergies early days in the 80s.

For: Sancho already knows the Bundesliga and Bayern are by far the wealthiest club in Germany, favourites for the title every year and perennial Champions League competitors.

Bayern also love to take their rivals best players, as they did with former Dortmund stars including Robert Lewandowski, Mats Hummels and Mario Gotze.

Against: Would a move to the Allianz Arena really be a step up – or more or a move sideways? Sancho has little to prove in Germany and surely needs to look further afield if he is going to leave Dortmund. 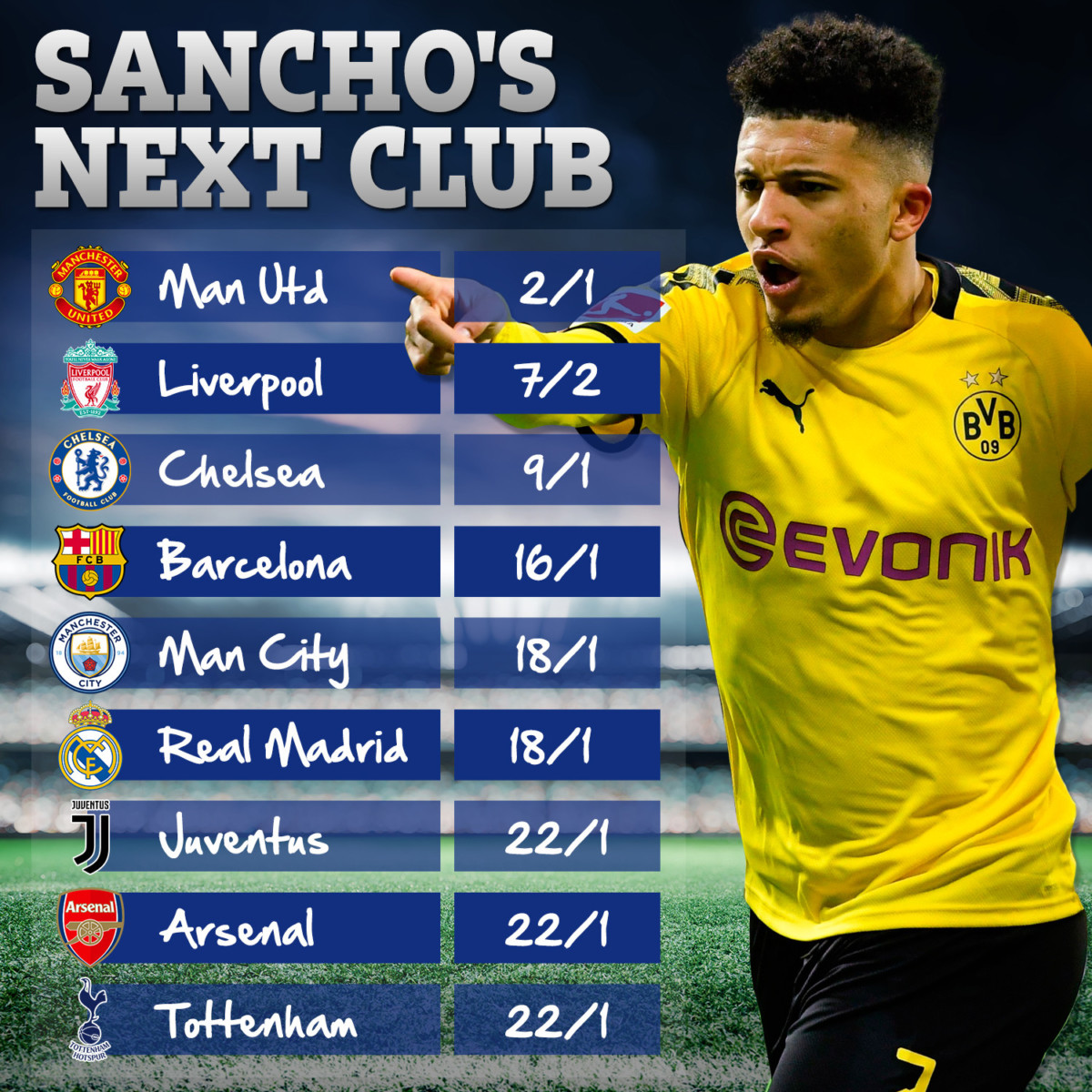 For: Frank Lampard is desperate to land the London-born Sancho, who hails from Camberwell in the south east of the capital.

Chelsea need to be back competing at the highest level and after their 12-month transfer hiatus have the money they banked for Eden Hazard already at their disposal.

Against: Turning up at the Bridge would pitch Sancho into a potentially tough battle for a starting shirt against Christian Pulisic – whom he did displace at Dortmund – and fellow England ace Callum Hudson-Odoi. The last thing he would want is to fight for a start.

For: Who wouldnt want to play at the Camp Nou and share a stage, at least for a season or two, with Lionel Messi?

Barca need reinforcements this summer with both Ousmane Dembele out until next season and Luis Suarez just starting his recovery from knee surgery. Messis fall-out with Antoine Griezmann means there could be more vacancies.

Against: Suddenly Barcelona is not a happy camp and Sancho might be reluctant to throw himself into the middle of internal turf battles. A looming Presidential election could throw things even more up in the air.

For: The best team in England. Arguably the best team in the world. If ever there was a time to join Liverpool, it is now, even if Sanchos arrival, coming in potentially the same summer as Leipzigs Timo Werner, might suggest the winger was joining to be part of Jurgen Klopps second Anfield incarnation and a truly dominant era.

Against: If two are coming in up top, the suspicion would be that two might be going, including one – perhaps more – of Sadio Mane, Roberto Firmino and Mo Salah. Sancho could have to weigh up whether he wanted to be judged against their exploits.

For: Spains other heavyweight side would love to beat Barca to one of Europes golden talents and the appeal of the Bernabeu would be a huge one – a grand stage for a fine player.

Even if they win la Liga this season, it looks like a summer of change in Madrid and Sancho would be a key part of that.

Against: Sancho would do well to ask David Beckham, Michael Owen and of course Gareth Bale about the realities of joining arguably the worlds most political club, one where relationships between the dressing room and the media lead to a host of internal briefings against players not deemed to fit in.

Probably best to stay away from the golf course if he joins.

For: A return to the club he left in August 2017 would present Sancho with the opportunity to say I told you so in the grand manner and utterly underline his forceful and determined stance.

Sancho would come back having proven his value and strength of character, in the knowledge that City would have accepted they should have given him more reason to stay.

Against: One of the great truisms in life and sport is never go back and Sancho would be breaking that if he returned to the Etihad.

City still have some of the roadblocks that were there before, and even if Leroy Sane goes he would face competition from Raheem Sterling, Riyad Mahrez and Bernardo Silva.