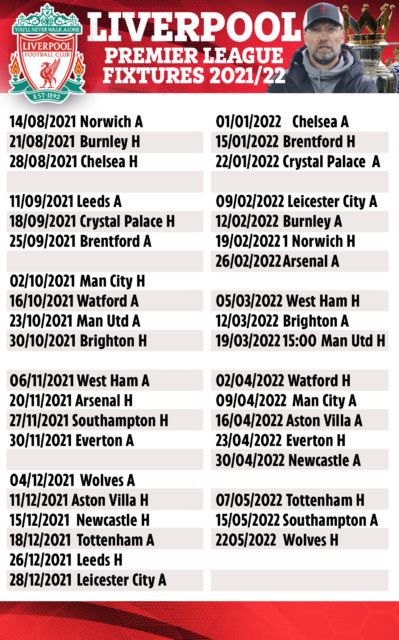 LIVERPOOL begin their quest to reclaim their Premier League title with a clash against newly-promoted Norwich.

The Reds were decimated by spate of high-profile injuries in 2020-21, with the likes of Virgil van Dijk, Joe Gomez, Joel Matip and Jordan Henderson long-term casualties.

The Kop squad still managed to finish third after winning eight and drawing two of their final ten games to secure an unlikely Champions League berth.

But with Jurgen Klopp hoping to boast a fully-fit squad – and bring in a few new faces in the transfer window – Liverpool will be confident of wrestling back their Premier League crown.

And the Reds take on returning Premier League new-boys Norwich at Carrow Road in their season opener on August 14.

Liverpool then host Burnley and Chelsea on August 21 and 28 respectively.

After a trip to Premier League rookies Brentford on September 25, Liverpool will truly test their title credentials as Manchester City head to Anfield on October 2.

The Reds welcome their bitter rivals to Anfield on March 19. 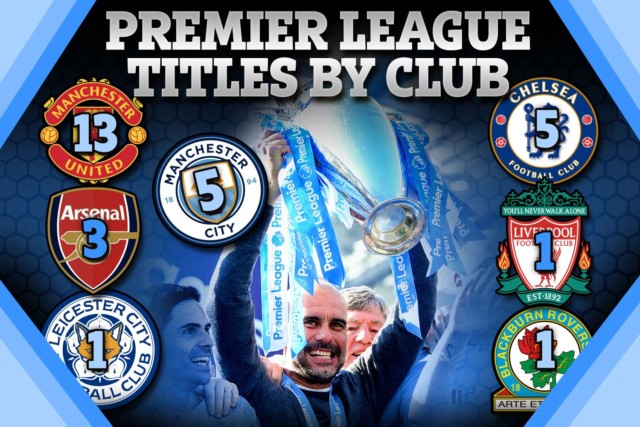 Elsewhere, Klopp and Co will look forward to their first Merseyside derby of the season at Goodison Park on November 30.

The return fixture against the Toffees at Anfield is set to go ahead on April 23.

Liverpool’s second game of the season against title rivals Man City will take place at the Etihad on April 9.

In other tasty-looking games, Liverpool will host Arsenal on November 20, before heading to the Emirates on February 26.

The Reds travel to Tottenham on December 18, before hosting the North Londoners on May 7.

In Boxing Day’s bumper fixture list, the Reds will host Leeds – a repeat of last season’s opening day thriller, a 4-3 win for Liverpool.

And Liverpool travel to Chelsea in arguably the pick of the New Year’s Day games for their second showdown with the Blues this coming season.

And Klopp and Co’s final game of the 2021-22 season will be a home stand against Wolves.