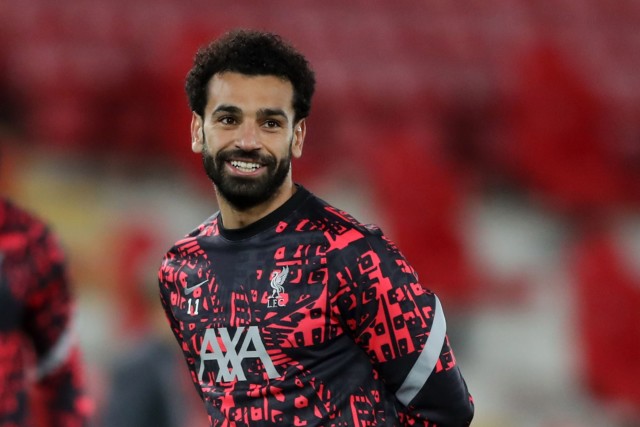 LIVERPOOL superstar Mo Salah has refused to rule out a move to Spanish giants Real Madrid or Barcelona.

And the Egyptian admitted he was left ‘very disappointed’ after being snubbed for the captaincy in the Red’s last Champions League outing against Midtjylland with boss Jurgen Klopp favouring Trent Alexander-Arnold.

Speaking to AS, the 28-year-old said: “Honestly, I was very disappointed.

“I was hoping to be the captain, but it’s a coach’s decision. I accept it.”

Salah has been linked with high profile moves to Real and Barca in the past following his remarkable goalscoring exploits at Anfield.

Since his switch from Roma in 2017, he has bagged an impressive 84 goals in 120 Premier League appearances.

He last signed a deal in 2018 that lasts until the summer of 2023 but Salah has hinted he won’t rule out a switch to the LaLiga.

“Who knows what will happen in the future, but right now I am focused on winning the Premier League and the Champions League with Liverpool again.”

He further stated that his future belongs in the hands of Liverpool and stated his determination to ‘break all records’ before deciding to leave.

When quizzed on how long he will stay at the Premier League champions, he said: “That’s a tough question, but right now I can say that everything is in the hands of the club.

“Of course I want to break records here and, I repeat, all the club records, but everything is in the hands of the club.”

But with 108 goals to his name in total, he remains a long way off Ian Rush’s all-time scoring record of 346.