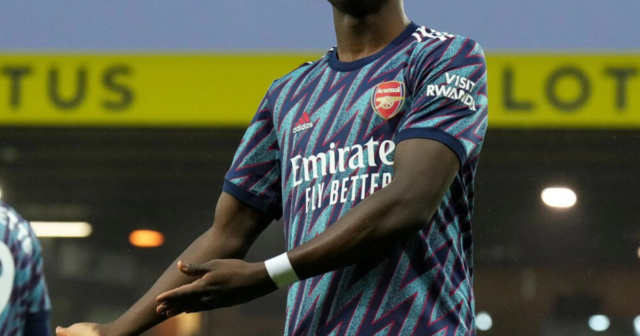 LIVERPOOL could sensationally turn to Arsenal star Bukayo Saka and rebuild their attack around him, according to reports.

Saka has been standing out at the Emirates ever since his first-team bow in 2018 and has already scored five Premier League goals this season – the same tally as all of last term.

According to journalist Ian McGarry, the Reds are expecting to sell at least two of their forwards and are keeping an eye on the future.

That is where 20-year-old Saka could come in – both his age and style make a good fit for the Merseysiders.

“Saka is someone who is a player who suits Liverpool’s style.”

However, Arsenal manager Mikel Arteta has no intention of losing one of his best players in his bid to rebuild the Gunners.

That is why the north Londoners have held exploratory talks with Saka’s representatives to extend his contract, which runs out in 2024.

But Liverpool could pose as an interesting prospect for the England international as he wants to compete at the highest level.

McGarry added: “My understanding is that there have been talks with his representatives with regards to giving him a contract upgrade at Arsenal.

“Liverpool would provide the opportunity and platform for him to play and compete at the highest level.

“And that would certainly be something that I’m told he and his representatives are very interested in.”

Liverpool boss Jurgen Klopp is a big fan of Saka as he praised him recently by describing him as a “young and exciting player”.