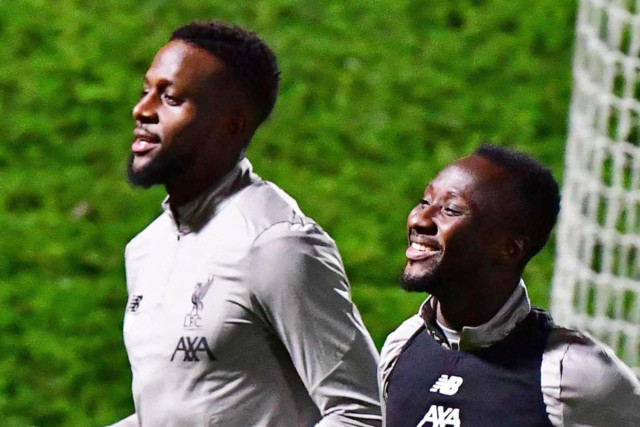 JURGEN KLOPP is ready to offload six first team players this summer as he looks to raise funds to bring his top transfer targets to Anfield.

SunSport have exclusively revealed how the Reds are keen on Wolves duo Ruben Neves and Adama Traore, who could cost in the region of £110million.

Portuguese international Neves will not leave Molineux for a fee less than £50m, while Spanish winger Traore is rated at £60m by Nuno Espirito Santo’s side.

Klopp is keen to bolster his midfield with Gini Wijnaldum having just one year left to run on his deal in Merseyside.

And it is understood that the ex-Borussia Dortmund gaffer is running out of patience with Guinean star Naby Keita.

The former RB Leipzig ace, who arrived at a cost of around £52m, has featured in just nine Premier League games this season.

It is understood that Keita will be given one more season by Klopp to prove his worth, otherwise he faces being sold.

One player who looks set to leave Liverpool at the end of the season is Xherdan Shaqiri, with the Swiss international a regular on the bench.

Newcastle have been linked with a move for the ex-Stoke man should their proposed takeover be completed.

Meanwhile Divock Origi could leave after he too has found it hard to break into the starting XI due to the performances of Roberto Firmino.

Defender Dejan Lovren is another player that could be moved on by Liverpool, along with Marko Grujic and Bournemouth loanee Harry Wilson.

Adam Lallana is already set to depart Anfield when his contract expires, with the England midfielder to potentially be reunited with Brendan Rodgers at Leicester.