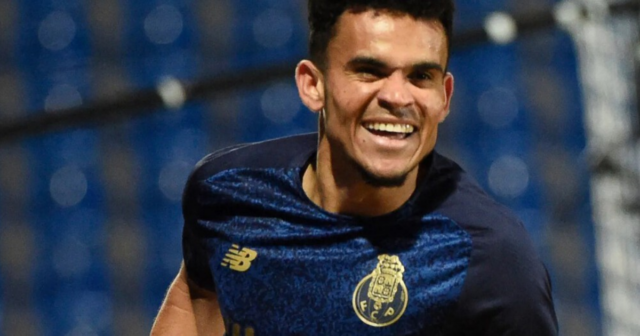 COLOMBIAN forward Luis Diaz looks set to a move to Premier League, in what has been a remarkable journey to the top.

The 25-year-old Porto star was coveted by Tottenham in the past year, but now appears to be destined for Jurgen Klopp’s Liverpool in a mammoth £50million deal.

As a kid, Diaz grew up in the small village of Barrancas in the Wayuu tribe of the indigenous people of Colombia.

The ethnic group mostly live in the arid Guajira Peninsula close to the border with Venezuela, on the Caribbean coast.

His opportunity to break out of his humble surroundings came at the 2015 Copa Americana de Pueblos Indígenas, a South American football tournament for indigenous people.

There, he impressed World Cup legend Carlos Valderrama and went on trial at first division Atletico Junior before he was immediately sent to farm team Barranquilla FC.

However, he had to be placed on a special diet to gain weight after suffering with malnutrition.

But it didn’t stop Diaz from becoming a superstar at Porto, as well as top scorer at last year’s Copa America along with Lionel Messi.

And recently, he became a father to a baby daughter with love of his life, Gera.

As a kid, Diaz would watch trains carrying coal zoom past his village gathered from the pits of Cerrejon and bound for Europe.

It gave him hope and a dream to escape his modest origins for a different kind of life.

He was one of 380,000 of the Wayuu people, the largest indigenous ethnic group in Colombia who populate the La Guajira region.

Kicking a football about was his escape from reality.

But, growing up in the Wayuu way of life had its pitfalls for an aspiring footballer. 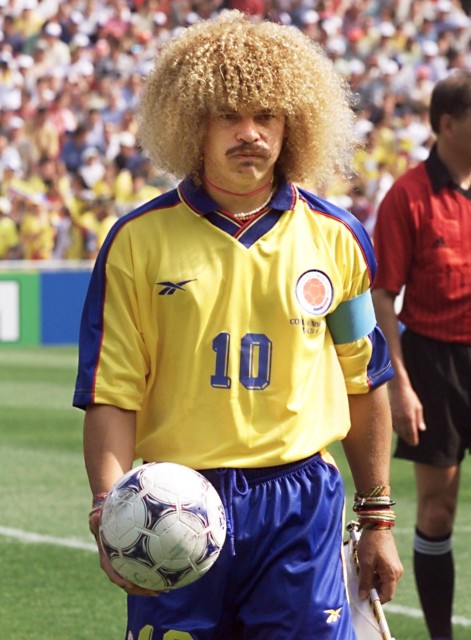 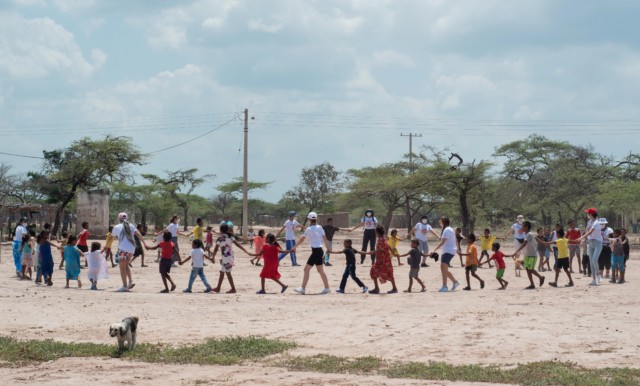 As fate would have it

At the age of 17, Diaz appeared at a football tournament that hoped to find the next big thing from a pool of indigenous talent.

The raw winger, a scrawny skinny teen at point nicknamed ‘Lucho’, was a breakout star – drawing praise from iconic Carlos Valderrama, who was in attendance.

His weight, though, was a cause for concern.

Figures from 2008-2016 showed that children of the Wayuu tribe have been neglected by the Colombian government through the years, with around 4,700 dying of malnutrition during that period.

His coach for the tournament, the un-related John ‘Pocillo’ Diaz revealed his fears for the youngster.

“For a moment, we thought it would be very difficult for him to perform because ‘Lucho’ seemed to have malnutrition problems,” he told the BBC.

“He was very skinny and lost the duels with other players. But despite that, he managed to stand out among 400 candidates and make the 26-man squad.”

Luis Diaz was instrumental in getting his country to the final of the competition in Chile, scoring two goals along the way, but suffered disappointment in the final when they were beaten 1-0 by Paraguay.

Still, there was no chance he would be returning to his former life in Barrancas now. 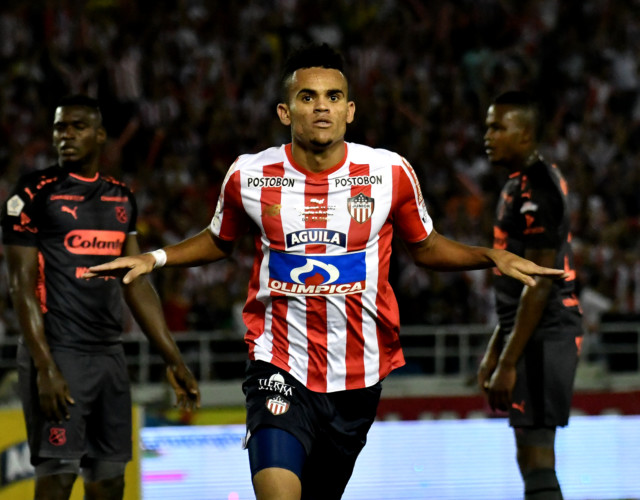 After starring at a competition for indigenous people at 17, Diaz was signed by Atletico Junior

A trial at Atletico Junior saw him farmed out to second division Colombian team Barranquilla FC.

He drew comparisons to his idol Ronaldinho thanks to his quick feet and trickery on the pitch.

Luis was also incredibly likeable because of his humility and determination to get every ounce out of his ability.

After just one season with Barranquilla, Atletico Junior welcomed him to their fold and he became a regular starter in 2018 – just three years after he was discovered.

He scored 16 goals in his second campaign for the club, winning the country’s first division twice.

In March 2019, Diaz made his international debut for his country as his rapid ascension in the game knew no bounds.

Within months, he would finally achieve his dream and move to Europe. 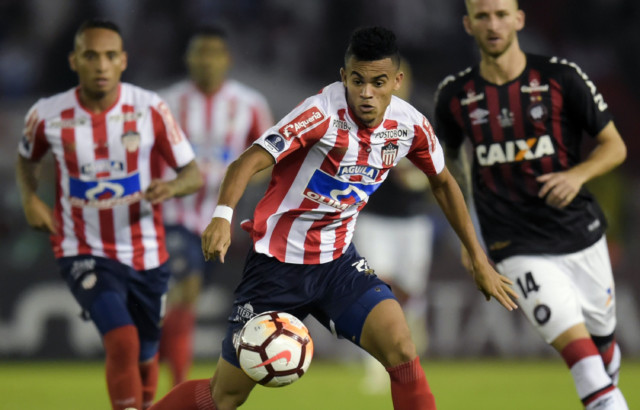 With a reputation of developing Colombian stars, including James Rodriguez, Radamel Falcao, Fredy Guarin and Jackson Martinez, Porto seemed the natural fit for Diaz after they registered their interest in the exciting player.

So, he turned down moves to Cardiff City and Russian side Zenit St Petersburg to move to Portugal.

He hit the ground running on the left flank, scoring 14 times in the 2019-20 season and 11 goals the season after.

And he has continued to grow on the biggest occasion.

At last year’s Copa America he drew plaudits for his swashbuckling displays as Colombia finished third.

A spectacular overhead kick against Brazil, along with goals against Peru and Argentina saw him tie for the Golden Boot with the great Lionel Messi.

Diaz’s remarkable success story on the pitch has been coupled with joy in his personal life.

He has been supported by girlfriend Gera Ponce, 22, as he became one of European football’s most desired stars. 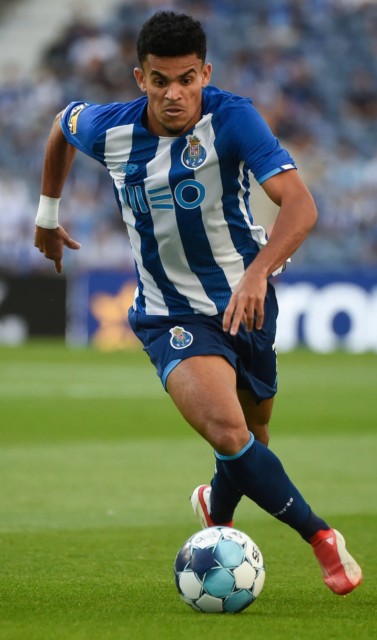 Diaz has continued his rapid rise at Porto 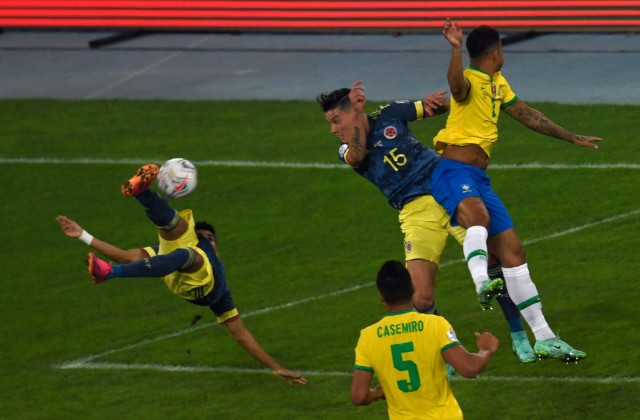 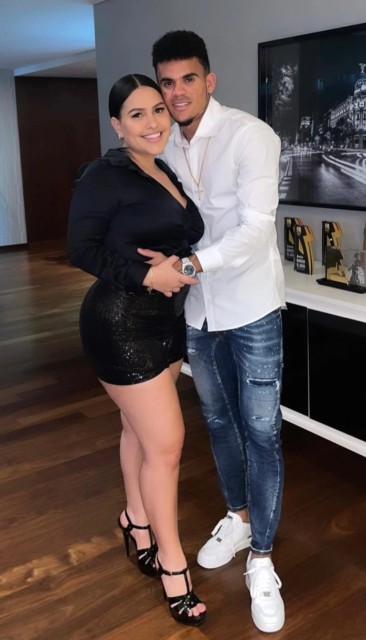 To top it off, he became a daddy for the first time – welcoming a baby daughter last month.

Seemingly, Merseyside is Diaz’s next destination on his voyage.

This time, he won’t be making it alone.