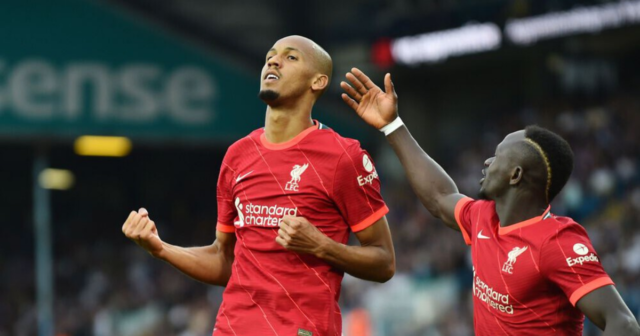 LIVERPOOL are back in Champions League action as they look to reclaim the trophy they won in 2018.

And first up is a fixture that will have special memories for all Reds fans, as they take on AC Milan at home.

No Liverpool supporter will ever forget the epic comeback from 3-0 down which saw Rafa Benitez’s men defeat Carlo Ancelotti’s much fancied Rossoneri on penalties in Istanbul.

What time does Liverpool vs AC Milan kick off?

What TV channel is Liverpool vs AC Milan on and can I live stream it?

Can I watch Liverpool vs AC Milan for free?

Harvey Elliott will play no part in this match after the horrific injury he suffered at Leeds. Club captain Jordan Henderson is likely to be his replacement.

Roberto Firmino and Neco Williams are also definitely out.

Olivier Giroud has recovered from coronavirus and is therefore set to start for AC Milan ahead of Zlatan Ibrahimovic.

Tiemoue Bakayoko and Rade Krunic are out injured while former Chelsea star Fikayo Tomori is likely to earn a start in defence.

* Odds from Betfair correct as of Monday, September 13

Did you miss our previous article…
https://www.sportingexcitement.com/football/premier-league/ole-gunnar-solskjaer-defends-subbing-cristiano-ronaldo-as-astroturf-takes-its-toll-and-it-was-right-moment