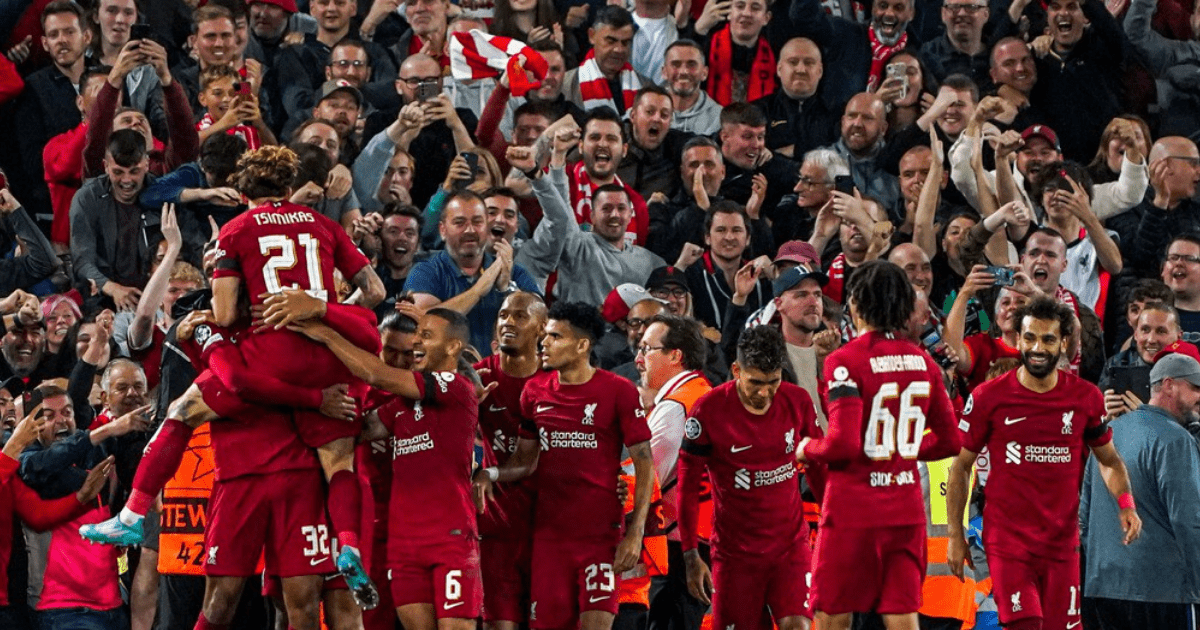 LIVERPOOL are up against Rangers in their next Champions League clash at Anfield.

The Reds won their last group game against Ajax, beating them 2-1 in the dying moments of the game thanks to Joel Matip’s finish.

Rangers were soundly beaten 3-0 by Napoli at Ibrox

That came after a humiliating 4-1 defeat at the hands of Napoli in their opening group stage clash.

Rangers lost both of their first two games 3-0 to the Dutch and Italian sides, and will be looking to bounce back against Liverpool.

But Jurgen Klopp‘s side will be in a vengeful mood, having had to settle for a 3-3 draw against Brighton in the Premier League at the weekend.

And a win over Rangers would all but eliminate the Scottish side from Europe’s elite competition.

What time does Liverpool vs Rangers kick off?

Andy Robertson is still out of action with a knee problem while Ibrahim Konate is working his way back into the squad following his injury woes.

Dawrin Nunez could get a start as Roberto Firmino continued his fine form in the Premier League for the Reds.

Diogo Jota may also get some minutes up front, with Mohamed Salah expected to start from the off again.

Ex-Liverpool centre-back Ben Davies will likely slot into defence for Rangers, who also Steven Davis set to play in midfield.

But Ianis Hagi, Filip Helander and Kemar Roofe are all sidelined for the game.

Advertisement. Scroll to continue reading.
In this article:championsleague, liverpoolvsrangers, livestream