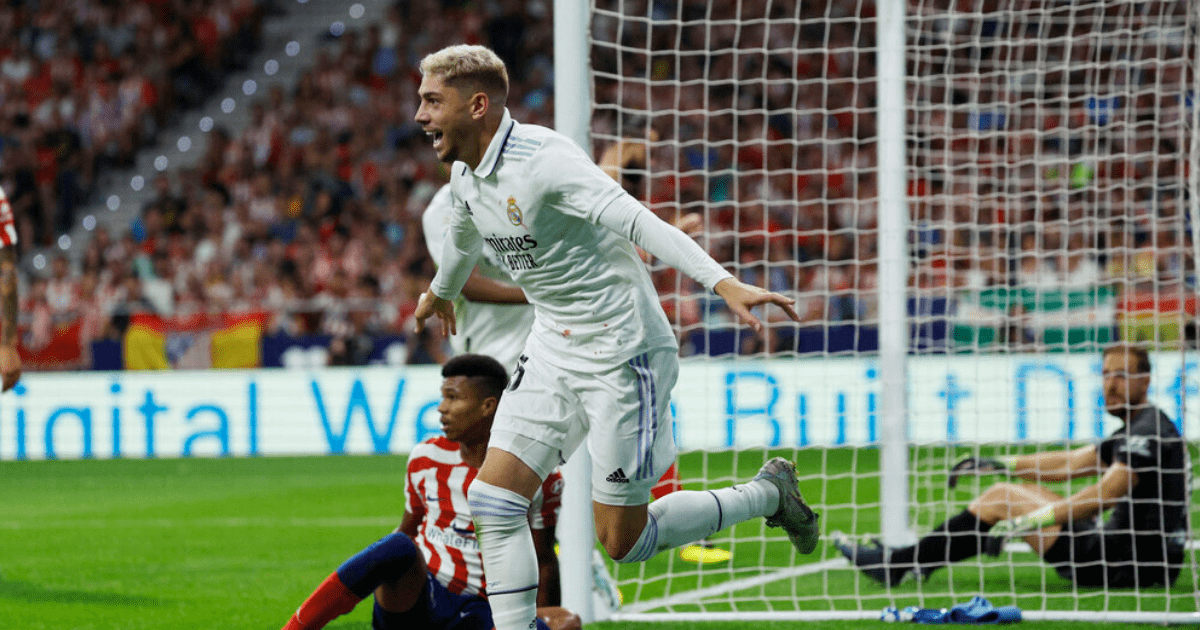 LIVERPOOL have not given hope of signing Real Madrid ace Fede Valverde, according to reports.

The Reds had an £85million deal lined up for the Uruguay midfielder this summer and plan to bid again, according to AS.

The 24-year-old is the name on everyone’s lips again in LaLiga after scoring the winner in Sunday’s 2-1 derby win over Atletico Madrid.

It was his fifth goal already this season and Real boss Carlo Ancelotti has joked he should quit coaching if he cannot get ten goals out of him this term.

Last week Fede ran from his own half to score a sensational solo goal in a 4-1 victory against Mallorca.

That slaloming run was finished with a lovely left-foot shot from a player who has been operating brilliantly on the right-hand side of midfield for the Spanish giants.

Fede is also comfortable playing in a holding midfield role or at full-back and Liverpool boss Jurgen Klopp is said to be a big fan of his versatility.

The Reds are thought to have tested Real’s resolve with a huge bid late in the summer window.

But Los Blancos chiefs found the 11th-hour move for one of their crown jewels “offensive”, according to AS.

It would have been Real’s second biggest ever sale – after Cristiano Ronaldo’s £88m move to Juventus in 2018 – so their refusal to do business underlines how highly they rate the star.

Fede is likely to be a key weapon for a dark-horse Uruguayan side at this winter’s World Cup in Qatar.

That will see his high stock rise even further and make it more difficult for Liverpool to bring him in to reinforce their ageing and increasingly injury-prone midfield.

Did you miss our previous article…
https://www.sportingexcitement.com/football/premier-league/arsenal-believe-total-footballer-ethan-nwaneri-15-will-surpass-wilshere-and-fabregas-and-can-shine-in-any-position/

In this article:fedevalverde, forreal, liverpool