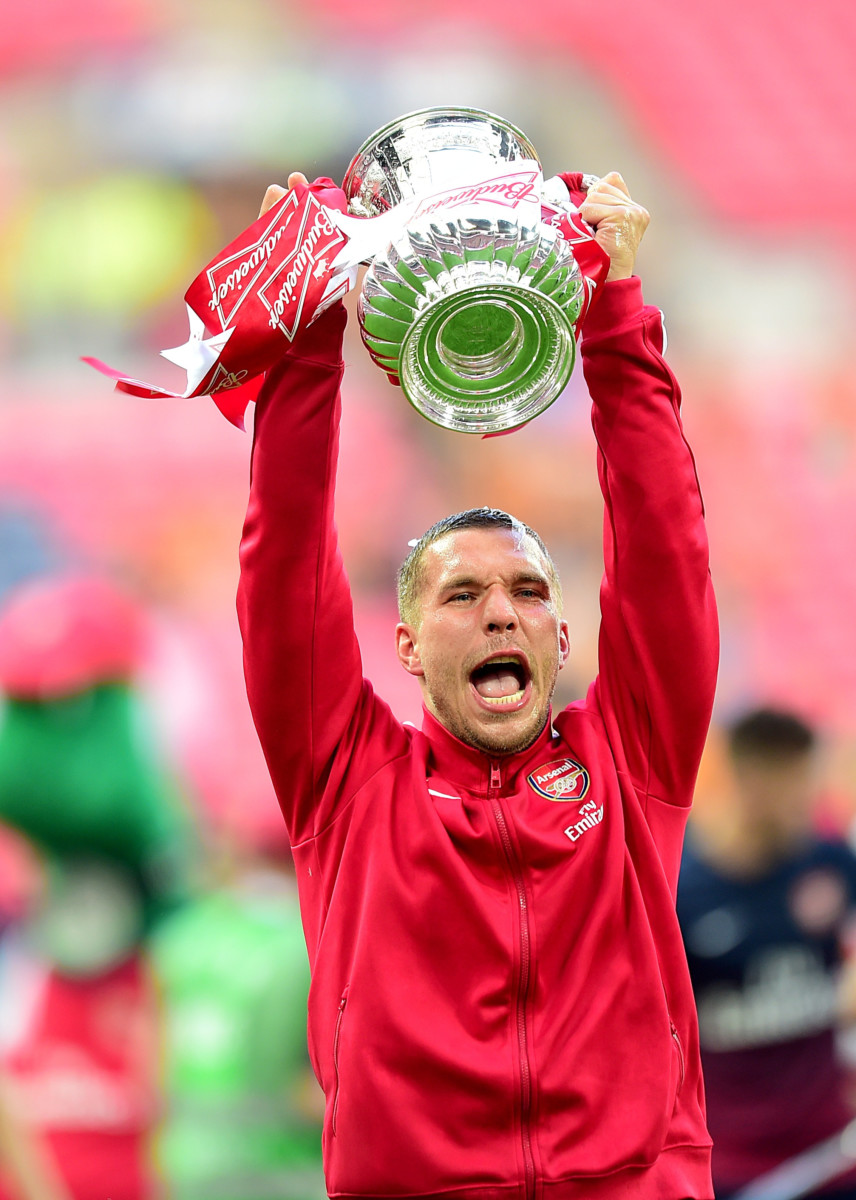 LUKAS PODOLSKI believes he was hard done by and under-appreciated at Arsenal.

The German, though, hailed Arsene Wenger as “great” and “like a grandpa”, proving there are no hard feelings with his former manager.

He joined the Gunners from childhood club Cologne in 2012 in an £11million deal but only managed 82 appearance for the North Londoners, 55 of which were starts.

Even so, the World Cup winner scored 31 goals, including some thunderbolts with that famous left boot, and set up another 13 – he was involved in a goal every 104 minutes.

Podolski was a fan-favourite during his time at the Emirates, with supporters appreciating his efforts and the player enjoying life in the Big Smoke.

It helped that the forward was part of the team that ended the club’s nine-year wait for a piece of silverware, starting in the FA Cup final win over Hull in 2014 before being replaced by Yaya Sanogo on the hour mark.

But he still remains convinced he was not given a fair crack of the whip.

Podolski told FourFourTwo: “I didn’t get enough game time. I felt that I performed well and didn’t get the minutes I deserved.

“On the other hand, if you look at my stats, I played in about 80 matches and was directly involved in a lot of goals by scoring or assisting.

“My relationship with the fans and players was positive. We won the FA Cup in 2014, which was the club’s first trophy for quite a few years. And I liked living in London, in Hampstead. My family enjoyed it, too.”

Despite feeling he was not given a fair shot at the club, Podolski holds no resentment with Wenger and lauded the Frenchman for his wisdom.

He was a catalyst for changing football in England but was as influential off the field as on it in Podolski’s eyes.

The German added: “He was a great manager and I really like him as a person, too.

“He was like a grandpa: a very intelligent man, who was nice to talk to. He could speak lots of languages and never yelled.

“He was Arsenal: he created everything. Arsene created a style of playing. He was the man who oversaw the club’s move to the Emirates Stadium, and won so many trophies there.”

Podolski left Arsenal, initially on loan to Inter and then to Galatasaray permanently in 2015 with many fans were understandably gutted to see him go.

After a spell in Japan with Vissel Kobe, the attacker is now back in Turkey after joining Antalyaspor in January.

But it all could have been very different for Podolski, who left Cologne for Bayern Munich in 2006.

After struggling under Jurgen Klinsmann, he met with Manchester City in 2009 about a potential transfer to the North-West but instead returned to Cologne that summer.

At Arsenal, he saw the emerging star of Serge Gnabry coming through.

A young, German with bags of talent, Podolski could see the similarities between Gnabry and himself a few years earlier.

It did not work out for Gnabry at the Emirates – but he is proving he has the ability to cut it at the very top level now with Bayern Munich, as Tottenham and Chelsea discovered in the Champions League earlier this season.

Speaking on his compatriot, Podolski said: “He was unlucky and had a few injuries. He did well in training.

“Off the pitch we spent a lot of time together, going for dinner. But sometimes football is like that, or you find a manager who gives you more confidence.

“Serge can shoot with both feet, and he is powerful and quick – a bit like me, only I don’t have a right foot like him! I’m really pleased that he’s doing well at Bayern.” 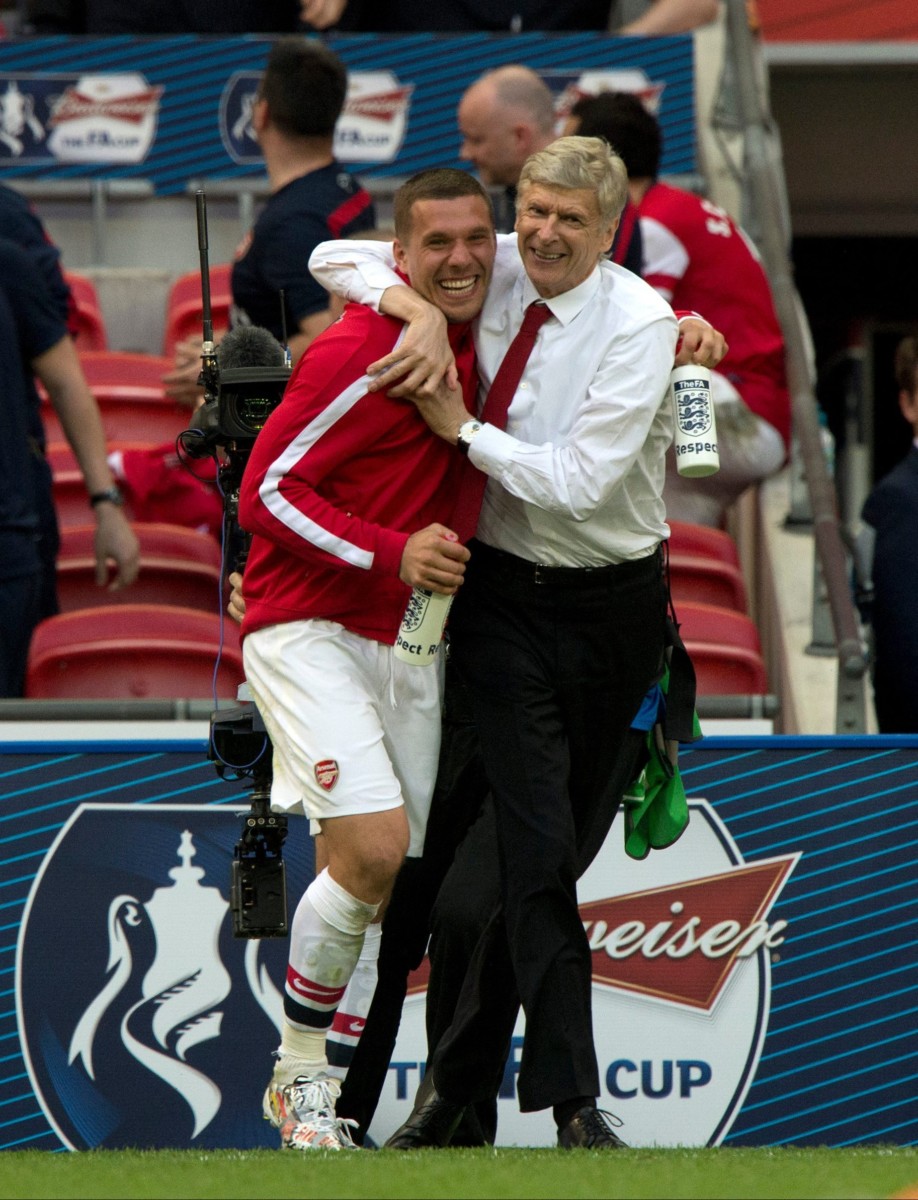 Podolski enjoyed a fine relationship with Arsene Wenger, describing him as “great” and “like a grandpa” 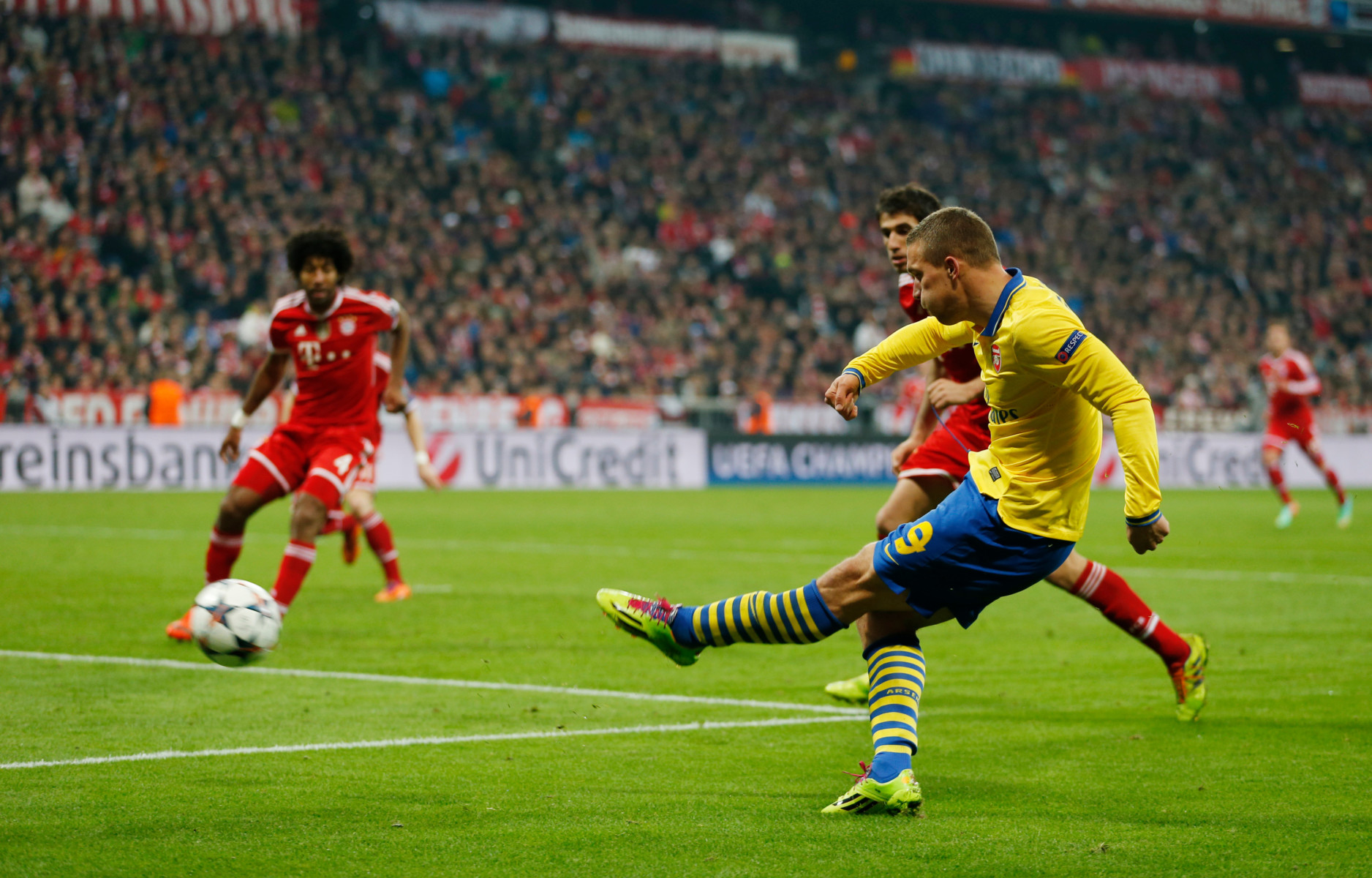 The German smashed in 31 goals in his 82 appearances in a Gunners shirt, often rifling the ball in with his left foot