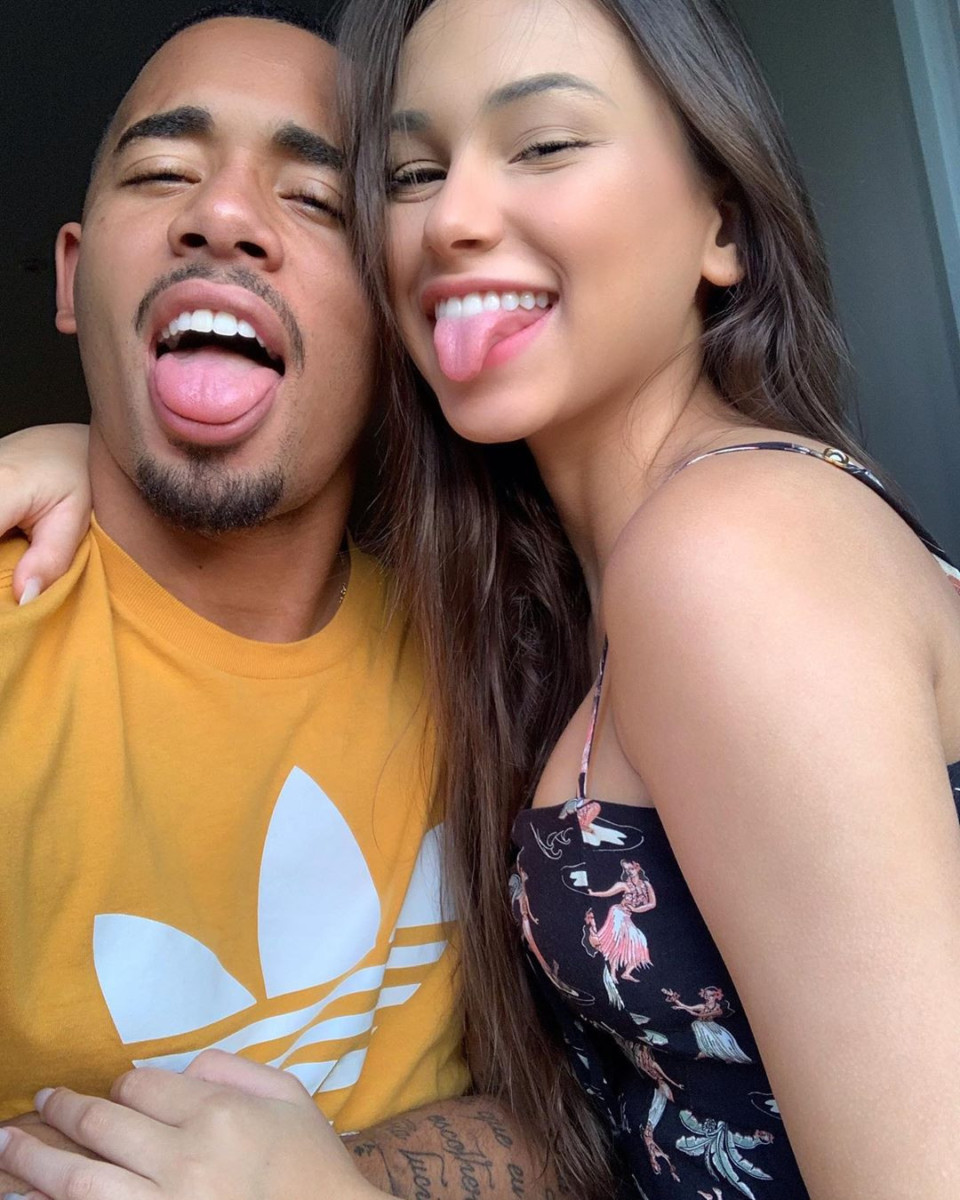 MANCHESTER CITY star Gabriel Jesus has given his model lover the boot only months after the pair moved in together.

Stunning Fernanda Queiroz had been living with the striker at his mansion in Cheshire since October.

The pair began dating in the summer and she flew to the UK from her home in Brazil to be with the 22-year-old.

But after she jetted home to see her family after Christmas, the City ace called time on their relationship, unfollowed her on Instagram and deleted snaps of them together.

A City source said: She is in pieces. Hed told her that he loved her and that she was the one. Then after she arrived back in Brazil he called to say it was over.

He says he doesnt want to be tied down and wants to concentrate on his career.

The playing days of City legend Sergio Aguero are numbered and Jesus wants to make the step up to be the clubs number one striker but Fernanda has been left heartbroken.

In October, she shared a snap of the lovebirds cuddling up and wrote online: Your fingers entwined slowly with mine, and suddenly, life made sense. Te amo.

But the star has made no secret of the fact that whoever hes dating, his mum is the main woman in his life.

The City striker is known for his devotion to his ex-cleaner mum Vera, who made sure he stayed on the straight and narrow with a strict upbringing in South America.

She stays with him in the north west of England along with older brother Caique for much of the year so he doesnt get lonely.

And she has a no snogging rule on Wags who want to date the 39-cap Brazil International.

Formidable Vera who calls Gabriel “baby” – said in an interview in Brazil: Girlfriends have to live by my rules, and there’ll be no heavy kissing. Staying over, only once in a while.

I will never accept that my son disrespects the daughters of others. No son of mine is going to get someone else’s daughter pregnant.

“I demand respect because I raised all three of them on my own, with the help of God.

Gabriel’s huge salary is also controlled by his mum, who rations his cash so hes not tempted to fritter away his monster wages.

In an interview with Yahoo Brazil, Gabriel’s older brother Caique said that their mother controls the purse strings, whilenightclubs, boozing and smoking are also banned.

Caique said: But Gabriel was never that interested in partying. His thing is barbecues with his family.

Self-confessed mummy’s boy Gabriel has a tattoo on his body which reads: Every step I make, every road I take, every path I choose, your hand will guide me, Vera Lucia.

The player explained: The tattoo I had done, I didn’t tell her that I was going to do it, but when I got home, my mother was much calmer when she saw that her name was on it.

She liked it more than I did, so she didn’t scold me too much.

He eats daily shake of yoghurt, bananas and oats, made by Vera’s which she claims helps stave off her son’s intestinal cramps, which run in the family.

Ill tell the stars about you.