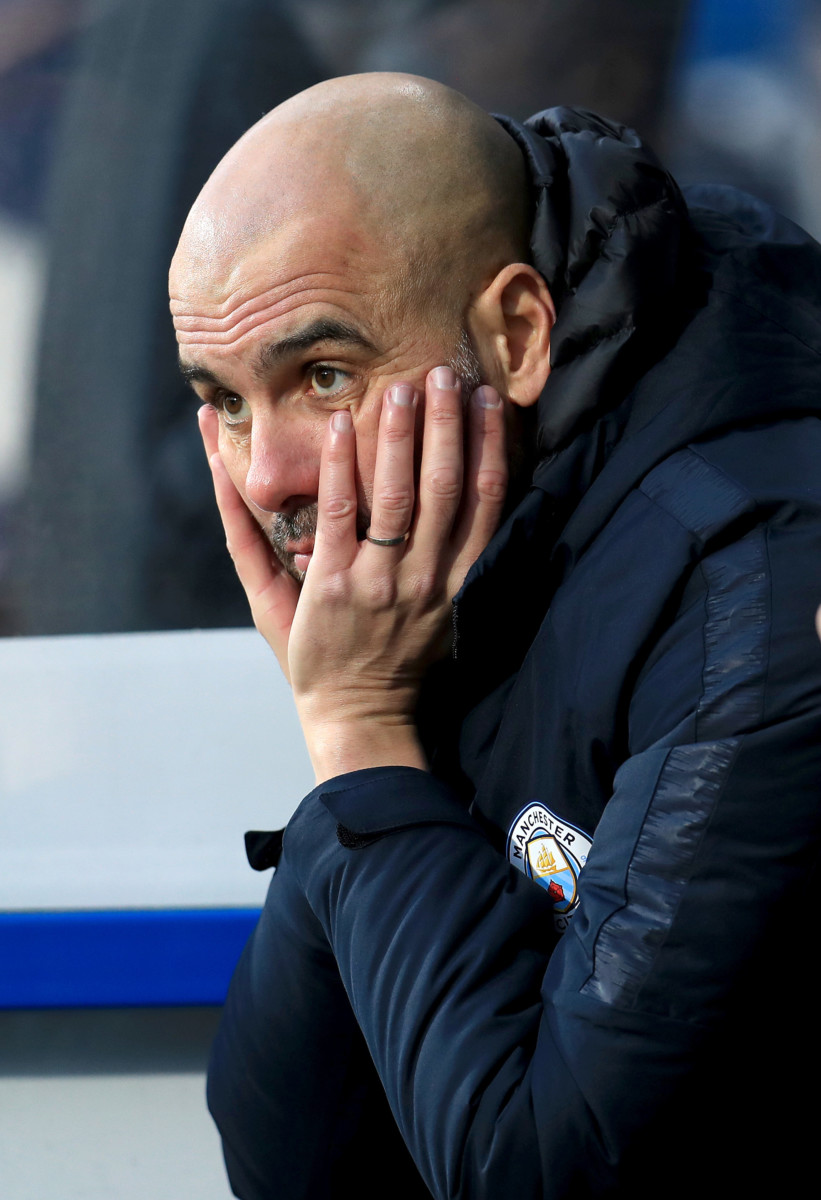 PEP Guardiola is at the centre of a cop probe after an alleged hacker tried to sell his private emails for 100,000.

A rogue IT worker claimed they got players personal details and records of confidential transfer talks from the Manchester City bosss club email account.

And he boasted he had obtained every players phone number and email address details which could be used to illegally target other stars.

The expert who attempted to sell the information for 100,000 said hacking Guardiola was the easiest thing he had done.

He took screenshots of the Spaniards email exchanges while working at the clubs Etihad base in 2017.

The rogue worker told undercover investigators he had managed to access every email sent to and from the 49-year-old former Barcelona boss.

Passing over his current mobile phone, the man said: Hypothetically, I could have accessed it on that phone and taken screenshots because I was an IT contractor there.

He added: This is the easiest thing Ive ever had to do.

The man claimed to have been a contractor for the Blues for around two years from 2016, until City ended its relationship with the IT firm.

He showed the investigators several screenshots that had been sent to his encrypted ProtonMail email account which he claimed police would not be able to access.

Pushed on where the other material was stored, he simply said it was safe.

He added: I dont keep them on any of my personal stuff. I can get them if you want to have a look at them.

He continued: Im not going to keep it on my phone, am I, because if my phone gets busted Im f****d.

Reeling off information about possible transfers to City, he said he had seen chats relating to ex-Ajax centre back Matthijs de Ligt and former Borussia Dortmund defender Sokratis Papastathopoulos.

De Ligt, 20, moved to Juventus last summer and Papastathopoulos, 31, signed for Arsenal in 2018.

He also said he had contact details for each player referencing former City goalkeeper Joe Hart and ex-captain Vincent Kompany.

The hacker said he had got personal email addresses, phone numbers, etc.

He smirked as he added: Theyre all stored on his (Peps) email account but he doesnt know, he doesnt realise.

He told the investigators: My theory is that hes loaded his phone with his email and hes uploaded his contacts on to it without realising.

You can access the emails from anywhere, if you wanted to. Once youve got the password, youre in.

He then got up and darted out of the luxury hotel where he had met the investigators.

The man was attempting to pocket 100,000 which he demanded to be paid in crypto-currency Bitcoin.

Following the meeting, The Sun contacted Manchester City chiefs and provided them with a dossier of evidence.

City then contacted Greater Manchester Police and officers spent several days tracking the suspect before arresting him on Monday.

Officers were understood to have conducted a search of his home and were also examining his computers, mobile phones and email accounts.

A police spokeswoman said: A 30-year-old man has been arrested on suspicion of offences under the Computer Misuse Act 1990.

Last night they were in Champions League action in Spain against Real Madrid.

A club insider told The Sun: City like most other large businesses has massively increased its cyber security standards in recent times.

However, it is incredibly difficult to protect against the decision of an employee or contractor to breach the fundamental trust placed in them and their role.

It is shocking that in this day and age, someone thinks that they can do something like this and get away with it.

A club spokeswoman said yesterday: While we had terminated the services of this consultant and the company he was contracted to two years ago, we were unaware of the serious crimes he is alleged to have committed whilst working with us and the subsequent alleged attempts to profit from those crimes.

It is a matter of public record that we have been the target of several criminal attacks through our IT systems in recent years.

Thanks to The Sun in bringing this serious incident to our attention, and Greater Manchester Police for their swift action, at least one alleged perpetrator faces being held accountable for his actions.