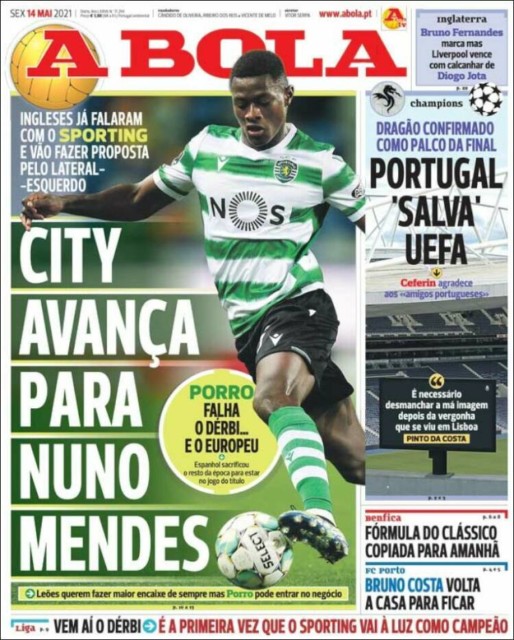 MANCHESTER CITY are in advanced talks to sign Sporting Lisbon left-back Nuno Mendes, according to reports.

And the Premier League champions are reportedly willing to include right-back Pedro Porro as part of the deal with the City defender already at Sporting on loan.

Man City are said to be in ‘advanced talks’ with Nuno Mendes, according to A Bola
And Pedro Porro could go the other way in a permanent switch

Mendes, 18, has played 34 times in all competitions for Sporting this season as they won their first league title in 19 years.

The Portugal international has scored one goal and laid on one assist and his performances have seen City make significant progress in trying to sign him, according to A Bola.

Porro has been on loan with Sporting since August 2020 and looks set to make the move permanent as part of the Mendes deal.

The 21-year-old right-back has featured 37 times for the Portuguese champions but does not appear to have a future at the Etihad.

Mendes is said to have a £60million release clause in his contract with Napoli, Manchester United, Arsenal, Real Madrid and Juventus also said to be monitoring the situation.

It is widely accepted that left-back is City’s weakest position and it appears Pep Guardiola has moved swiftly to address the issue.

The Premier League champs have Benjamin Mendy and Oleksandr Zinchenko but neither of them have made the position their own.

Joao Cancelo also plays there but is predominantly a right-sided player.

On Tuesday, thousands of jubilant Sporting fans took to the streets to celebrate their team’s first Primeira Liga win since 2002.

But the mood turned sour as supporters clashed with riot police in ugly scenes that saw officers fire rubber bullets and use batons.

The Portuguese outfit pipped Porto to the title with a 1-0 win over Boavista.

But when some broke down metal barriers keeping them at bay, police got involved.

Several fans were injured and had to be treated in ambulances that rushed to the scene.

Some supporters were seen hurling glass bottles towards police and watching journalists.

Elsewhere in the city, Cristiano Ronaldo’s mum Dolores – who is a huge Sporting fan – vowed to persuade her son to return to the team where he started his career.

Sporting Lisbon fans showing how to celebrate a title win – after claiming their first Primeira Liga title since 2002 pic.twitter.com/BfdwkhjKhJ 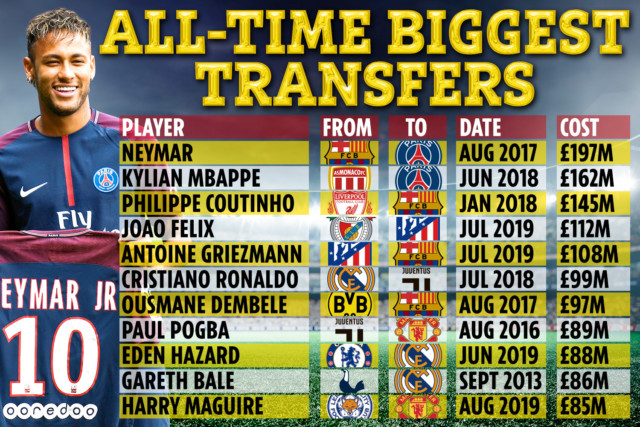 Did you miss our previous article…
https://www.sportingexcitement.com/football/premier-league/chelsea-legend-joe-cole-rejected-for-new-england-under-21s-boss-and-reveals-he-wasnt-even-interviewed-for-job