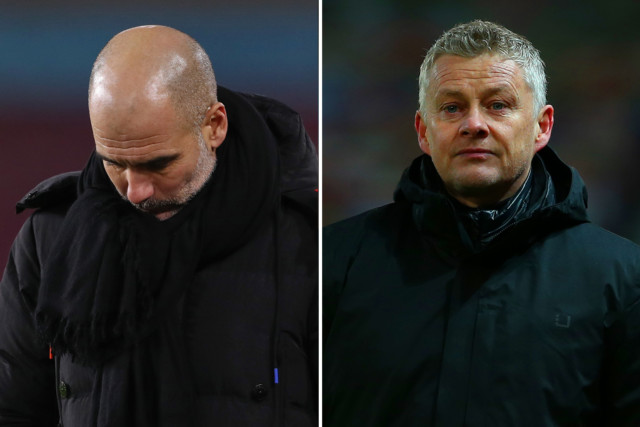 And Chelsea are set to discover if they will play their game against Atletico Madrid in Romania or Poland.

Uefa have now confirmed German border restrictions over travellers from the UK mean Pep Guardiola’s side will face Borussia Monchengladbach in Budapest.

Euro chiefs had announced on Sunday that Liverpool would play in the Puskas Arena – on the site of the former Nep Stadium – rather than travelling to Leipzig next week.

And City will now make virtually the same journey eight days later after the Hungarian FA agreed to play host to both games.

Chelsea are also seemingly certain to play on neutral ground when they meet Atletico Madrid on February 23.

La Liga leaders Atletico are desperate to play on home soil in the Wanda Metropolitano.

But Spanish government restrictions on travel from the UK have still to be lifted and are expected to be extended to the end of the month.

This means Atletico will have to find an alternative location.

Their preferred option is understood to be Bucharest’s Arena Nationala, the venue where Diego Simeone’s side beat Marcelo Bielsa’s Athletic Bilbao to win the Europa League in 2012.

The alternative is the National Stadium in the Polish capital Warsaw.

The Covid restrictions will also impact on the Prem clubs in the Europa League, with the same Spanish border controls meaning Real Sociedad will have to find a new venue for their game with Manchester United.

Turin in Italy is understood to be the frontrunner with an announcement expected within 48 hours.

Arsenal and Benfica are almost certain to have to play both legs of their last 32 tie in third countries.

But Spurs are able to travel to Austria for their tie with Wolfsberger, while Leicester can fly to Prague for the clash with Slavia in the Czech capital.