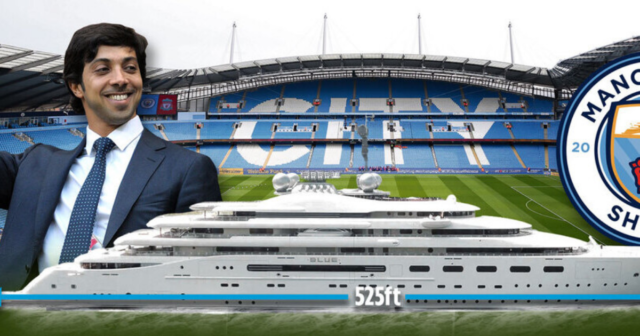 MAN City owner Sheikh Mansour has splashed out £500million on a megayacht so big that it would only just fit in the club’s 55,000-capacity stadium.

He will take delivery of the 525ft vessel before the start of the season — and has named it Blue in tribute to his Premier League champions.

Sheikh Mansour has splashed out £500million on a megayacht so big that it would only just fit in the club’s 55,000-seater stadium
The yacht has 40 cabins for 48 guests and four entertaining decks including a large alfresco area connected with a swimming platform and club

The yacht, the fourth largest in the world, has 40 cabins for 48 guests and four entertaining decks including a large alfresco area connected with a swimming platform and club.

There are also two helipads to ferry passengers to and from shore.

And in a bid to be eco-friendly, the engine is part diesel, part electric, while a waste water treatment plant produces drinking water.

But the sheikh could face a headache filling up, with a full tank of fuel costing an estimated £500,000.

A source said: “Blue is the top of the league when it comes to yachts.

“One or two might be bigger, but nothing is better on the high seas.

“It is state of the art and has been built to the exacting standards of Sheikh Mansour.

“Everything he has asked for has been provided, and he has the wealth to ensure it happened exactly how he has planned it.

“Hopefully he can use a discount card whenever it needs filling up too.”

Sheikh Mansour, 51, already owns the 483ft A+ which houses 62 guests in 26 cabins and has its own dancefloor, beach club, gym, wellness centre, spa, jacuzzi room and salon.

The football fanatic has amassed a £17billion fortune courtesy of his International Petroleum Investment Company.

He is deputy PM of his native United Arab Emirates and a member of Abu Dhabi’s ruling family.

He bought City for £210million in 2008 through his Abu Dhabi United Group, with the club going on to win six Premier League titles.

Sheikh Mansour also owns a five per cent stake in Ferrari and 9.1 per cent in Daimler AG, which owns Mercedes. 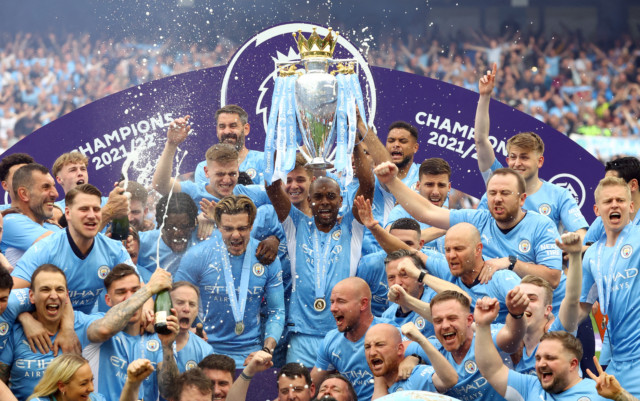 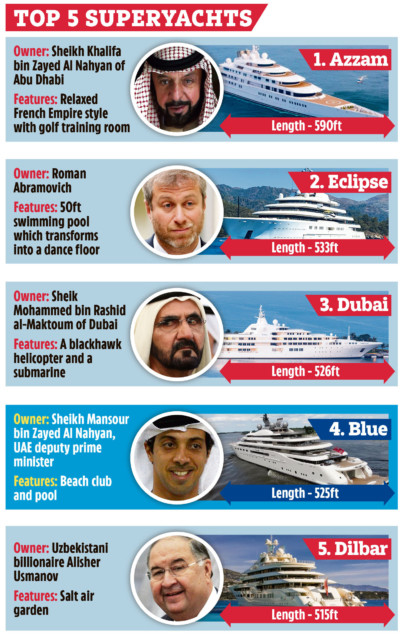 The top 5 superyachts
Advertisement. Scroll to continue reading.
In this article:premierleaguechampions, theseason, thestart