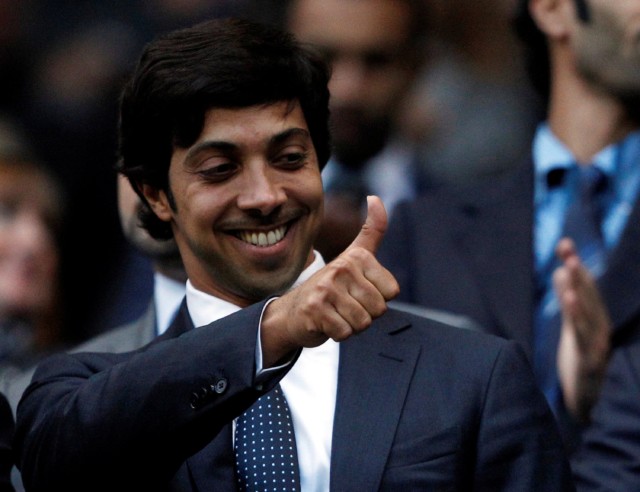 Around 6,000 City fans are expected to attend the match in Porto on May 29 – and the club’s mega-rich owner wants to cover the Covid-inflated costs.

The initiative is being labelled as an ‘official club trip’ and is designed to ease the financial pressure on those lucky enough to get a ticket.

Uefa moved the final from Istanbul to Portugal after the Iberian nation agreed to allow 12,000 English fans to travel.

Turkey has been added to the UK government’s travel red list after a spike in coronavirus cases, while Portugal is on the green list.

Uefa were unable to move the final to England due to UK border regulation controls, which would have denied VIP guests, broadcasters and various others from attending.

Many fans had been concerned about the cost of travelling to Porto and having to return home within 24 hours of arrival.

Return flights from Manchester to Porto on May 29 are currently priced between £200 and £400 – far more than the usual price of around £100.

City accept the combined cost of plane tickets and necessary coronavirus testing would make it impossible for many fans to attend.

The new Premier League champions have never reached the Champions League final before but did win the Cup Winners’ Cup in 1970.

Their opponents Chelsea have previously played in two finals, winning the competition in 2012.

Sheikh Mansour told the club’s website: “Pep and the team have had such a remarkable season and their reaching the Champions League Final after a very challenging year represents a truly historic moment for the Club.

“It is therefore incredibly important that as many fans as possible have the opportunity to attend this special game.

“Especially those who have supported Manchester City through good and bad times for so many years.”

Chairman Khaldoon Al Mubarak added: “The challenges faced by supporters ahead of this final are multiple, both in financial and logistical terms.

“Hopefully His Highness’ initiative allows the majority of our attending fans to focus on enjoying the day rather than worrying about how to bear the burden of travel costs which have become all the more onerous due to the effects of the pandemic.”

Further information regarding the initiative is due to be released shortly.

Did you miss our previous article…
https://www.sportingexcitement.com/football/premier-league/man-utd-should-go-all-out-to-seal-harry-kane-transfer-after-request-to-leave-says-tottenham-legend-teddy-sheringham