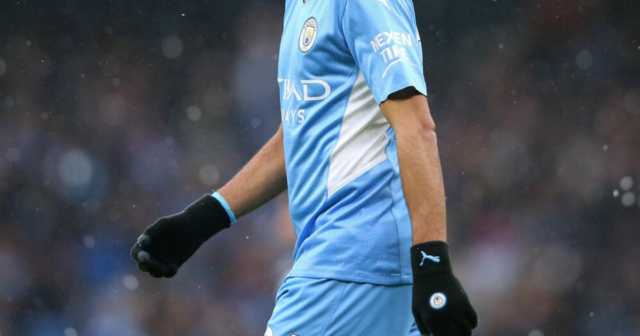 MANCHESTER CITY have stepped up their efforts to extend Riyad Mahrez’s contract.

Mahrez is happy in Manchester, and is keen to stay after getting engaged during the summer.

And SunSport understands he is next on City‘s list to hand an extension too.

He remains a key part of Pep Guardiola‘s plans, despite being in and out of the team recently.

The £60m ex-Leicester attacker, who turns 31 in February, will head to the Africa Cup of Nations in January.

And City want to get fresh terms in place before he jets off to Cameroon to play for champions Algeria.

If a new contract cannot be agreed, a shock exit next summer could be on the cards with PSG keen.

The 26-year-old has held off from putting pen-to-paper, with just 18 months left to run.

But his recent form and backing by Guardiola will be key to the England ace staying.

Barcelona have shown an interest in landing the ex-Liverpool star in January.