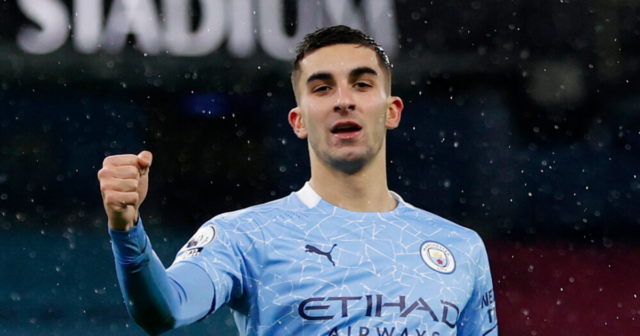 Torres, 21, is only 18 months into a five-year deal at City having moved from Valencia.

Ferran Torres is reportedly keen for a return to LaLiga

But according to Sport1, the 21-year-old is poised to end his time at the Etihad.

Respected journalist Patrick Berger states that Torres ‘wants to leave Manchester City in winter’ and that the ‘clubs are still negotiating’ the transfer fee.

City are believed to want to TRIPLE the £20.8million they paid Valencia for Torres in 2020.

The Catalans had a loan bid rejected by City last summer but new boss Xavi is said to have ‘directly requested’ the young forward since his return as head coach.

Xavi is determined to add to his attacking options in the new year with the club also targeting Torres’ City team-mate Raheem Sterling.

And sources close to Torres report the lure of a regular starting place at the Nou Camp is encouraging him to make a move, according to The Athletic.

The Spanish international started four league games out of seven at the start of the season before breaking his metatarsal.

It occurred in mid-October and he was ruled out for three months.