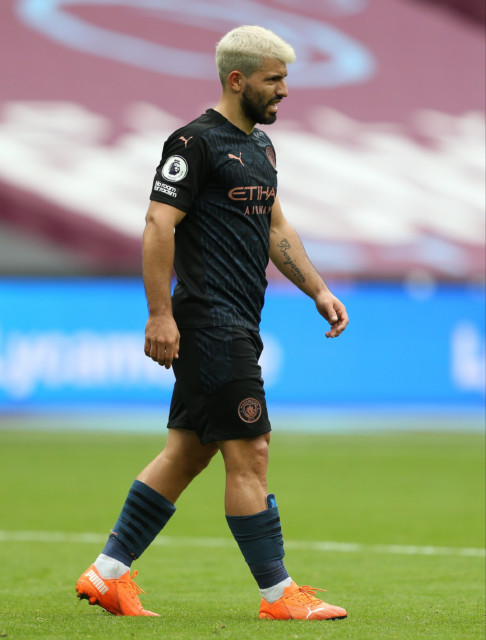 PEP GUARDIOLA fears Manchester City hotshot Sergio Aguero could be out for up to a month.

And that would rule the Argentine out of the showdown with champions Liverpool on November 8.

Aguero injured his hamstring against West Ham on Saturday in only his third game back after summer knee surgery.

Boss Guardiola said: “Ten to 15 days is the minimum. If it’s a little bit longer it will be three weeks, one month.

“The muscular injuries normally don’t change much over time. And the case of Sergio will be the same, there will be no exception.”

City face four games in 12 days, starting against Marseille in the Champions League tonight and ending with the visit of Jurgen Klopp’s Reds.

Guardiola confirmed Gabriel Jesus — his other senior striker — should return from a groin problem in the next week to ten days.

But that means they will face Marseille and Sheffield United on Saturday without any central strikers once again.

Guardiola insisted he had no regrets about bringing back Aguero too soon after four months on the sidelines recovering from a knee op.

He added: “It was muscular. If you’re four or five months out with a knee problem you have the risk. We tried to handle it the best as possible. 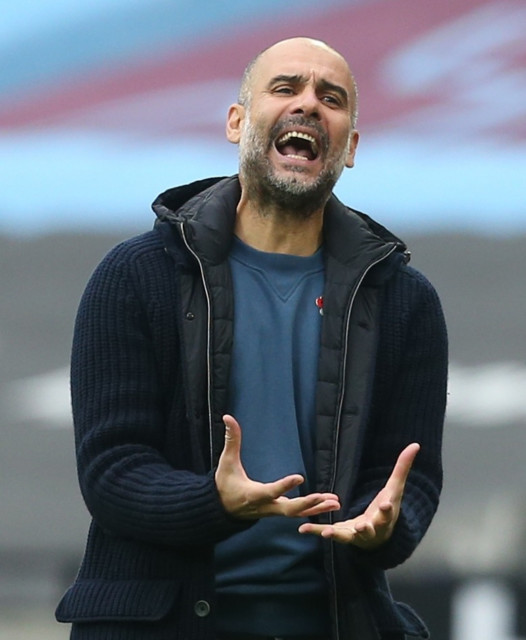 “We didn’t rush him back, we were incredibly patient, we didn’t force the doctors. It was when people told me he was ready.

“Of course we knew he was not in the best condition and he was without training, but he was important for those minutes.

“We tried to avoid it and looked to bring him off for the last 25 minutes but his muscles got tired.”

The two-week international break starts after the Liverpool game and City will hope Aguero has recovered by then.