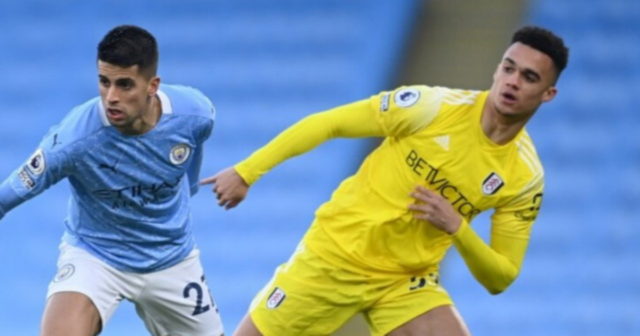 City want Robinson, 23, as cover and competition in their squad, as SunSport revealed, but now Wolves have the same idea.

The Midlands outfit have always liked Robinson although they have held off from bidding for him in the past.

But if he becomes available for around £10million they will reignite their interest.

Robinson joined Fulham from Wigan when they were in financial trouble a year ago and Latics will hope for a quick sale as they qualify for a sell-on.

The defender played 28 league games under Scott Parker at Craven Cottage last season but was unable to prevent relegation from the Premier League.

But despite that he could remain in the top flight, and possibly act as back up to the likes of Oleksandr Zinchenko and Benjamin Mendy at City.

The latter is reportedly being targeted by Inter Milan and the Citizens could be willing to cash in on the injury-hit left-back.

It is possible Wolves could hold greater appeal for Robinson, however, as he is perhaps more likely to get game time at Molineux.

Previous first-choice left-back Jonny Otto was hampered by injury for large parts of the previous campaign and made just seven league appearances.

And between them Marcal and Rayan Aït Nouri failed to nail down a regular spot in the side in Jonny’s absence.

A change in manager with Bruno Lage taking over from Nuno Espirito Santo also brings a fresh slate to Wolves, and that could also attract Robinson to the club.