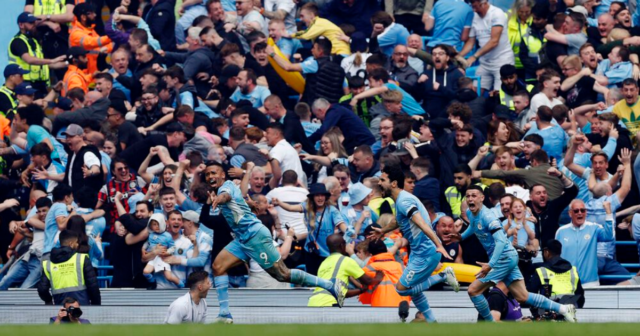 WHEN Manchester City marked the tenth anniversary of Sergio Aguero’s miraculous title-winning goal this week, they could hardly have imagined an equally dramatic comeback.

But this time City, 2-0 down to Steven Gerrard’s Villa with 15 minutes to play, conjured three goals in a six-minute spell to secure a fourth Premier League crown in five seasons. 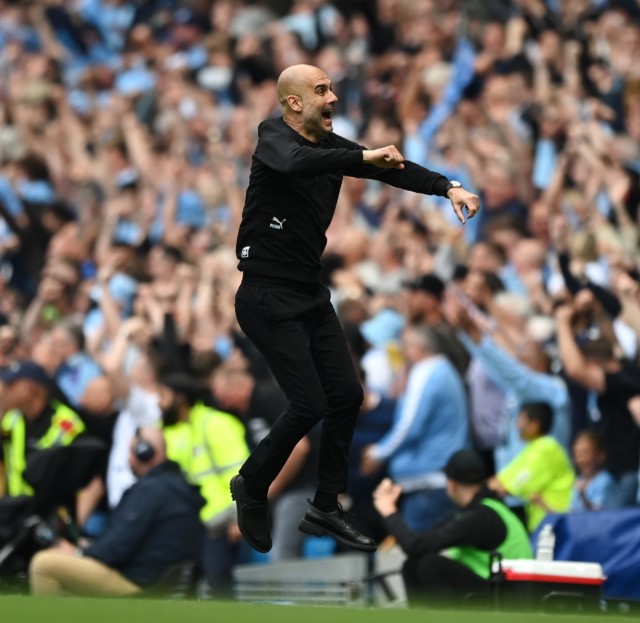 Sub Ilkay Gundogan played the Aguero role, with a double, either side of a brilliant Rodri strike as City scrubbed out goals from Matty Cash and Philippe Coutinho, to end Liverpool’s hopes of an unprecedented quadruple.

City had been unrecognisable for 75 minutes – horribly sloppy in their passes and panicky in their demeanour.

But somehow they summoned the willpower to blow Villa away in those manic five minutes.

Liverpool had only been drawing at home to Wolves while that drama was unfolding – but Jurgen Klopp’s men eventually chalked up their expected win. 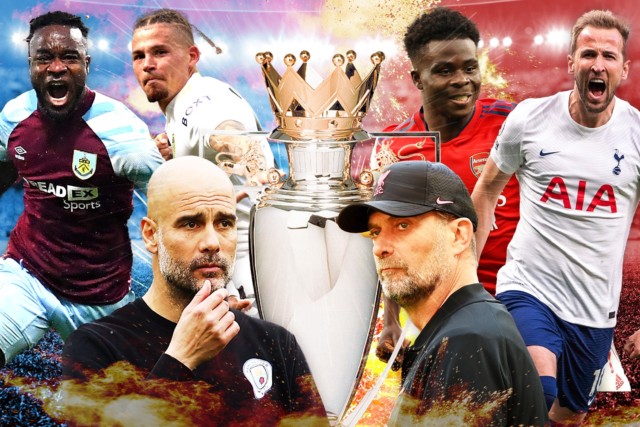 Gundogan puts City 3-2 up, Liverpool ahead vs Wolves, Burnley going down 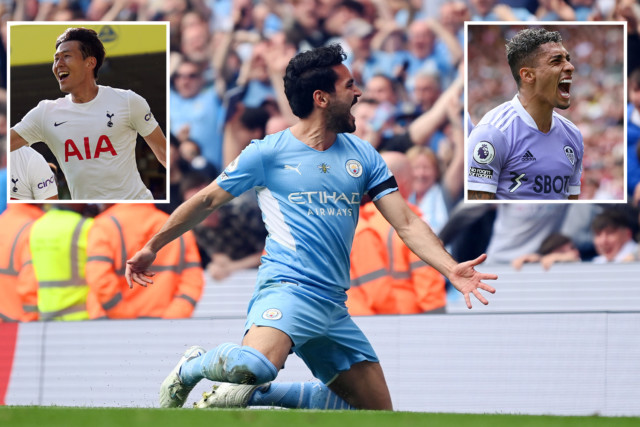 A decade ago, City had been 2-1 down against QPR going into injury-time before Edin Dzeko and Aguero sealed their first Premier League crown.

And their sixth was won on an afternoon to rival that day of mayhem.

Gerrard, the legendary former Liverpool captain, must have thought he had played his part in winning the title for his beloved club when Villa took their deserved 2-0 lead.

But City never know when they are beaten – at least in domestic competition – and Gundogan kept a clear head to see them over the line.

This might just be the greatest achievement of Guardiola’s astonishing career – to win back-to-back titles without playing a recognised striker for significant parts of either campaign.

When Erling Haaland arrives next term, they will be favourites to retain their crown even if Liverpool complete a treble of knockout trophies in the Champions League final against Real Madrid in Paris next weekend.

At the start, Guardiola employed John Stones at right-back and Fernandinho at centre-half and it was a scruffy, edgy, error-ridden start from the defending champions.

Not even the boost of an early goal for Wolves at Anfield could settle them – with more mishit passes from Guardiola’s men in the opening 20 minutes than you’d normally see in half a season.

Gerrard’s men were set up for blanket defending and Liverpool were level by the time City had a genuinely clear sight at goal, when Kevin De Bruyne led a galloping break and Phil Foden steered a shot wide of the far post.

The Etihad, raucous at kick-off time, was becalmed by now.

Villa were warned for time-wasting by ref Michael Oliver when keeper Robin Olden, standing in for Emiliano Martinez, dawdled over a goal-kick.

But two minutes later, Gerrard’s men were in front. Jacob Ramsey released Lucas Digne down the left and the full-back – who’d earlier been knocked sparko by a shot from team-mate Calum Chambers – cut back a cross.

It ought to have been Joao Cancelo’s ball but the City left-back was having an absolute shocker and he allowed Cash to get in front of him and thump a header into the corner of the net.

Fernandinho missed a routine header, allowing Ollie Watkins in behind him but the Villa striker couldn’t capitalise.

And the Brazilian club captain’s illustrious City career was ended with a half-time substitution, as Guardiola reshuffled, bringing on Oleksandr Zinchenko on at left-back, switching Cancelo to right-back and Stones to centre-half – in what would have looked a more obvious starting line-up.

Zinchenko made a lively start and after De Bruyne had skied one, Cancelo crossed from the right and Jesus somehow spooned over from three yards out.

Raheem Sterling arrived in place of Riyad Mahrez just ten minutes into the second half but as the level of jitters went off the scale, even De Bruyne was sending ten-yard passes into touch. 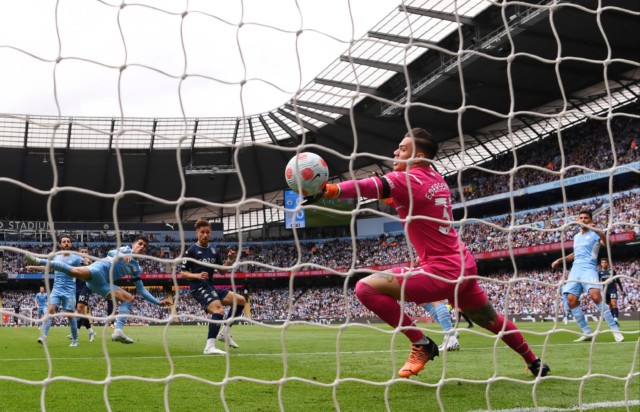 Matty Cash fired Villa into a shock lead at the Etihad 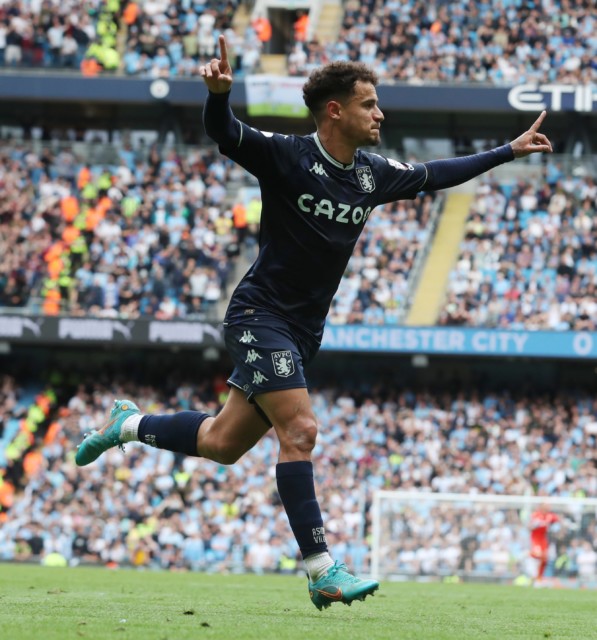 Olsen launched one upfield, Watkins beat Rodri to a header and Coutinho cut between two defenders and steered it past Ederson.

The Villa fans had been taunting the home support with inflatable European Cups to mark the 40th anniversary of their success and City’s serial failures in the competition – and now their crowing was deafening.

De Bruyne lead a charge, exchanged passes with Sterling but leant bank and fired well over.

On 76 minutes, City finally found the net, Sterling centring to the far post where fellow sub Ilkay Gundigan scored with a downward header.

Then little more than two minutes later, Zinchenko – another City sub who’d had a serious impact – darted down the left and cut back for Rodri who side-footed with power from the edge of the area into the corner of the net to equalise. 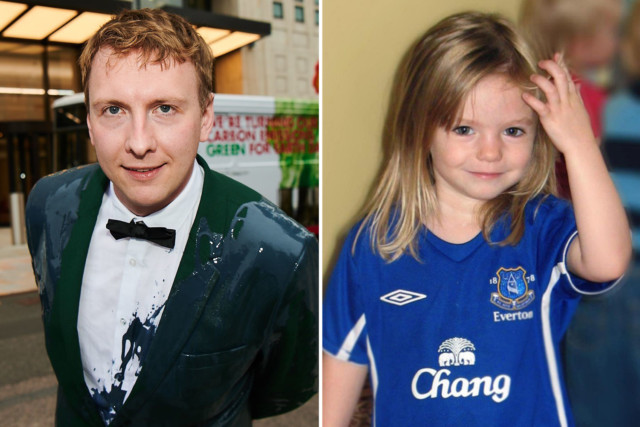 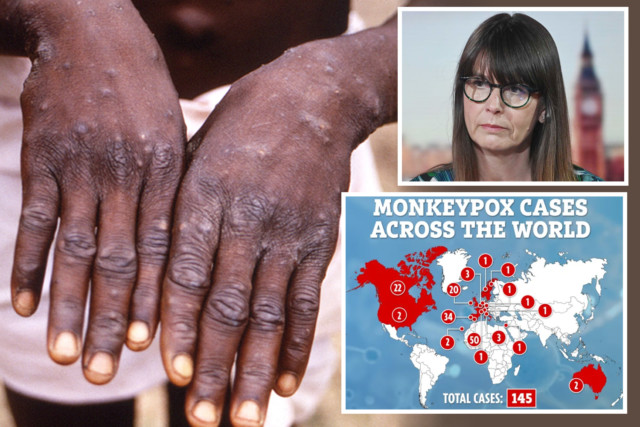 The place went ballistic but, of course, a draw would not be enough if Liverpool found a winner.

So City went and scored another – De Bruyne pouncing on a loose defensive pass, advancing then curling a centre for Gundogan to poke home at the far post. 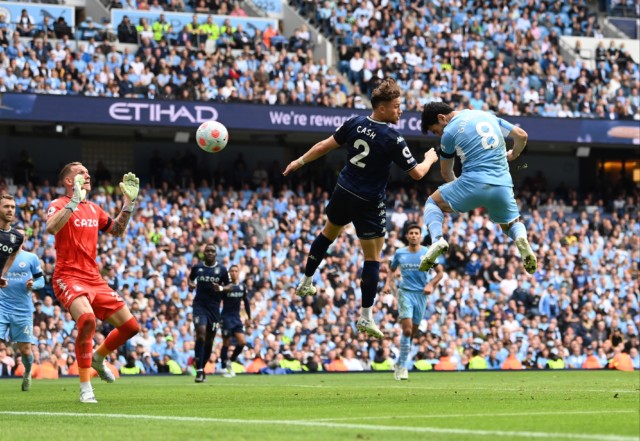 Gundogan got the comeback started with his back-post header 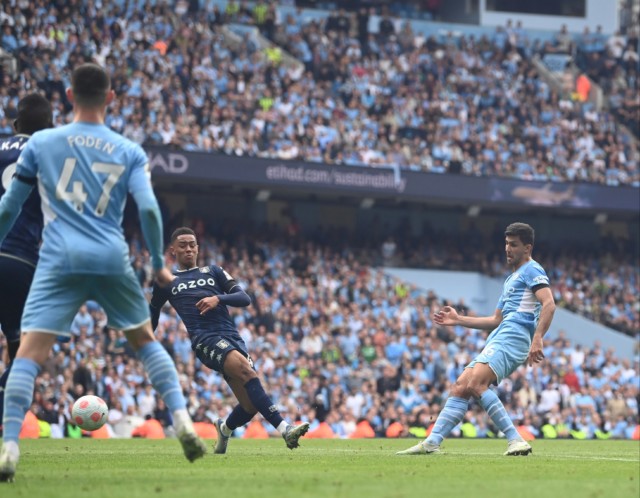 Rodri’s side-footed drive found the back of the net 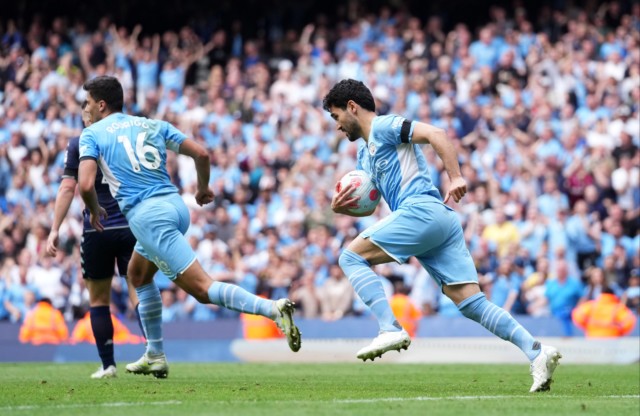 Advertisement. Scroll to continue reading.
In this article:sergioaguero, tenthanniversary, thistime