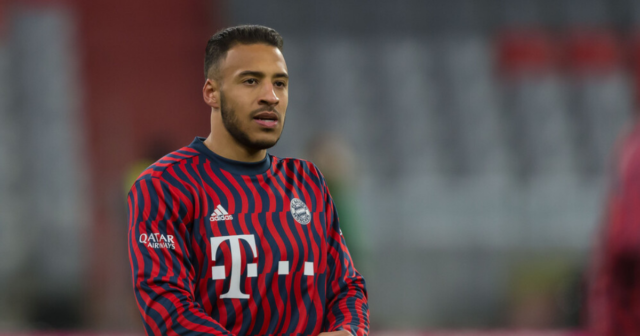 MANCHESTER UNITED and Arsenal have received a setback in their pursuit of Corentin Tolisso as he is reportedly in talks with Bayern Munich over a new contract.

Newcastle and Tottenham are also rumoured to be interested in the midfielder, 27, but he could be staying in Munich.

That is because the club is in ongoing talks with Tolisso to renew his deal, according to L’Equipe.

The move represents a big u-turn from Bayern, who last summer decided not to offer him a new contract as they wanted to bring in fresh legs.

The German giants even slashed their asking price from the Frenchman from £17million down to just £8.5m – but no offer was forthcoming.

Once the transfer window passed last year Tolisso was reportedly offered to a number of clubs, including Tottenham and Inter Milan.

Spurs added to their midfield last month with the signing of Rodrigo Bentancur but it is possible Antonio Conte wants to make further additions.

The Gunners are also light in midfield and with Mohamed Elneny set to depart on a free this summer, Tolisso was likely on the radar.

But Arsenal, United and Tottenham may have to start looking at other targets if Tolisso puts pen to paper.

Aston Villa star Douglas Luiz was eyed by both North London clubs in January and transfer guru Fabrizio Romano believes Arsenal will move back in for the Brazilian in the summer.

Did you miss our previous article…
https://www.sportingexcitement.com/football/premier-league/petr-cech-begs-chelsea-to-take-club-world-cup-seriously-after-blues-flops-lost-in-2012-after-treating-it-like-pre-season