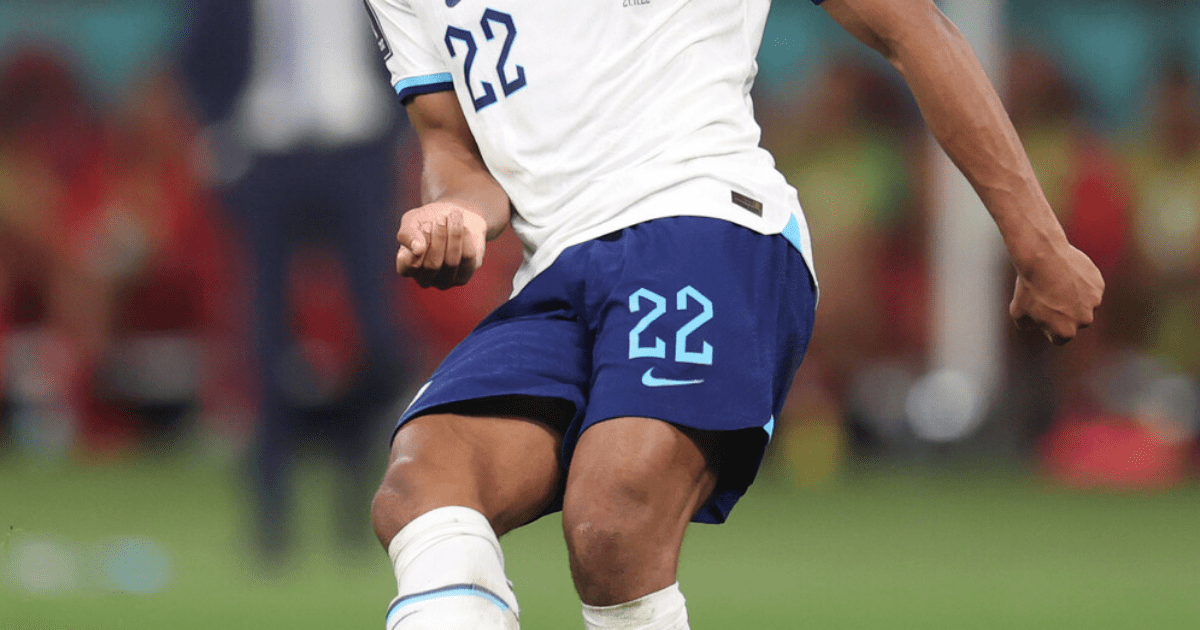 MANCHESTER UNITED and Liverpool have been urged to sign a “no brainer” free alternative to Jude Bellingham – and save themselves £100million.

The Premier League rivals as well as Manchester City, Chelsea and Real Madrid are among the European elite chasing the Borussia Dortmund sensation.

Jude Bellingham is set to cost at least £100m

Bellingham, 19, is already one of the world’s top young talents and delivering for his club in the Champions League – and now for England at the World Cup.

Dortmund want at least £100m – possibly more – for the ex-Birmingham City star when he does likely leave in the summer.

Bellingham is rated as the most valuable footballer at Qatar 2022 at a staggering £175m – more than Phil Foden and Kylian Mbappe.

But with a huge fee demanded by his German owners, some clubs may be unable to stump up the cash for one of the most exciting players who looks set to be at the top of the game for years to come.

And therefore Paul Robinson has suggested another midfield star as another option for those who do miss out.

The ex-England goalkeeper reckons Toni Kroos would be a top signing – especially as he is out of contract at Real Madrid in the summer so may well be available for free.

Robinson told Football Insider: “Kroos is such an intelligent footballer.

“If you can get a player of that quality and experience on a free transfer you pay him handsomely.

“When you look at what they would pay overall, it would not be that bad a deal.

“It would not cost a fortune because there would be no transfer fee.

“I think Kroos could play at the top level for another three or four years. He is a world-class player. It is a no-brainer for me.

“There is going to be a lot of competition for Bellingham. Kroos might be cheaper and easier to get.”

The 32-year-old German has been one of the best central midfielders for the past decade and would bring a wealth of trophy-winning experience and exceptional passing range.

His incredible trophy cabinet boasts 19 major honours including five Champions Leagues and the World Cup – although he is not at Qatar 2022.

But age is clearly not on his side.

He certainly has ability and stepped back from international football to extend his club career, but Kroos would be a short-term signing.

Manchester City reportedly made a move to land the ex-Bayern Munich man in the summer but were unsuccessful as the player rejected the Etihad side.

Toni Kroos is an experienced midfielder but aged 32

Advertisement. Scroll to continue reading.
In this article:freetransfer, judebellingham, manutd