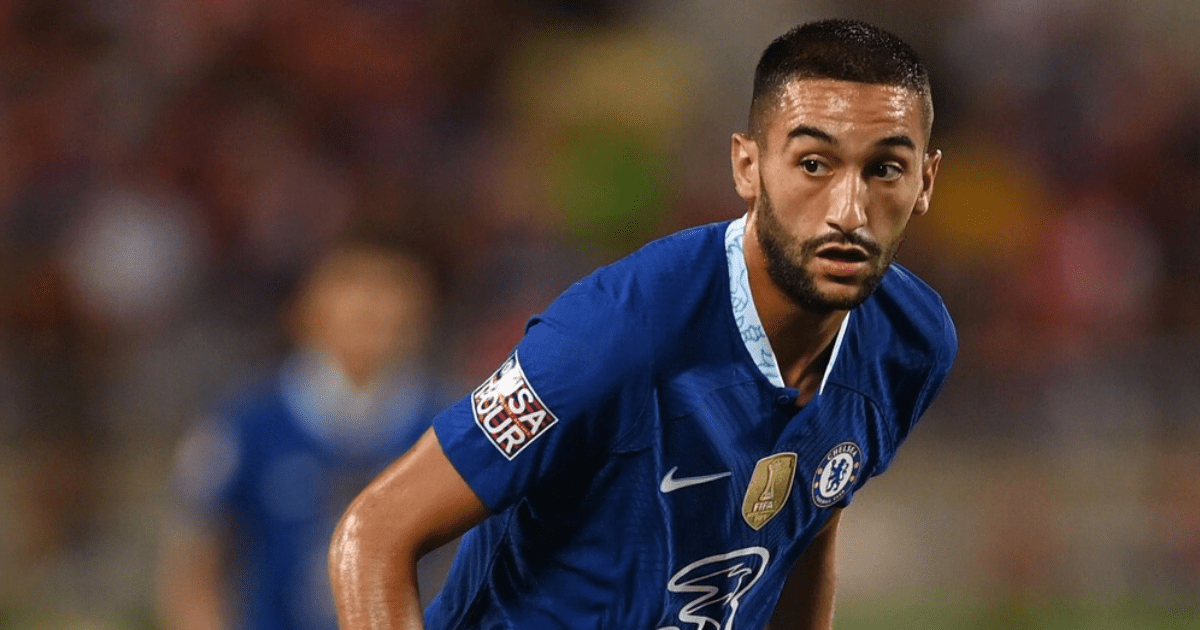 MANCHESTER UNITED are prepared to launch an official bid for Chelsea midfielder Hakim Ziyech, according to reports.

The Red Devils have struggled to tempt any of their top transfer targets to Old Trafford this summer.

Man Utd are prepared to launch an offer for Ziyech

Erik ten Hag is still pushing to sign Frenkie de Jong from Barcelona, but the midfielder is reluctant to make the switch.

And with the transfer window nearing its close, United chiefs are now seeking alternative midfield reinforcements.

According to French football journalist Nabil Djellit, Man Utd are now set to launch an offer for Ziyech.

The midfielder has been identified as one of Ten Hag’s priority targets, with claims suggesting that the board would be willing to meet his valuation as long as Chelsea are not too ‘greedy’ with their asking price.

Ziyech joined Chelsea in a £37million transfer from Ajax in 2020, but has since failed to establish himself as a regular starter in Thomas Tuchel’s squad.

In 83 appearances for the club he’s scored 14 goals and assisted 10.

He also played a key role in helping Chelsea to the Champions League title in 2021.

However, following the arrival of Raheem Sterling, the Morocco international is now even less likely to feature in the squad this season.

And Chelsea are willing to accept a £24m loss in order to offload him.

AC Milan are also in the race to sign Ziyech, with The Blues reportedly willing to accept £8m for his services.