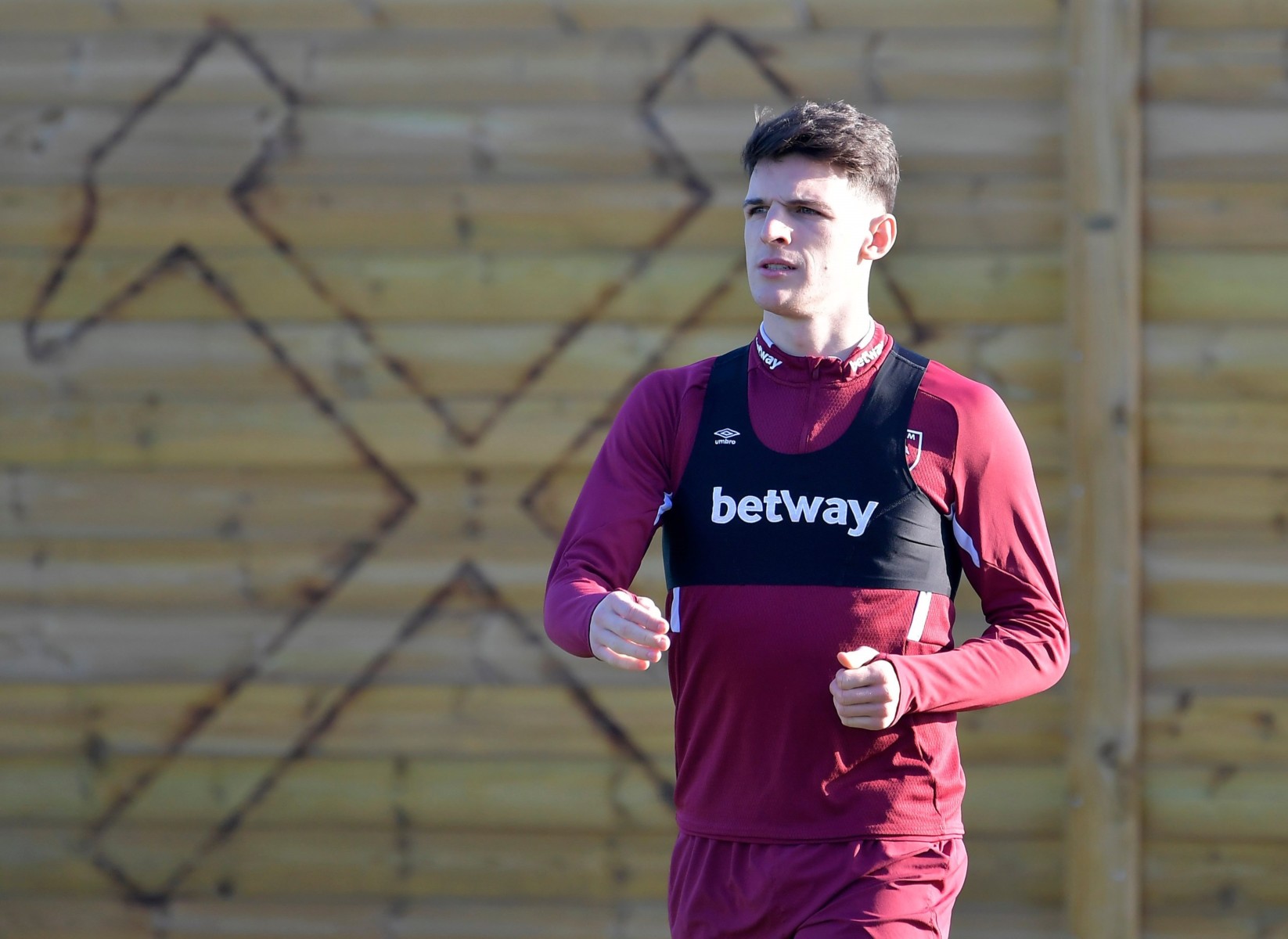 DECLAN RICE is the star name up for grabs as West Ham prepare for a massive squad overhaul.

Club insiders say ‘nobody is safe’ from the cull which will be triggered partly by cash flow issues caused by the coronavirus pandemic but also because boss David Moyes wants to reshape the squad for the long term.

As West Ham return to training, even England midfield Declan Rice could be available as club chiefs ponder some tough financial measures

And although Moyes would rather keep £70million-rated Rice, Chelsea are keen to re-sign the prospect they let go at 15.

Manchester United and Arsenal have also been linked with the England holding midfielder, 21, who has become a key player for the Hammers.

It is most likely Brazil-born Italy international Jorginho, 28, would be allowed to leave to make way for Rice’s return.

Moyes would prefer to keep Rice but knows there is little money to play with after the big spending of last summer.

Moyes wants to construct a younger and hungrier team than the one that was flirting dangerously with relegation before coronavirus brought the Premier League season to a halt.

He signed winger Jarod Bowen in the January transfer window and is keen to continue progressing full back Jeremy Ngakia after giving the academy graduate his debut earlier in the season.

The Covid-19 pandemic has also severely dented West Ham’s finances which will also impact on the transfer funds available.

Fringe midfielders Carlos Sanchez and injury-prone Jack Wilshere are two obvious names who could be moved on.

But fancied centre half Issa Diop is another player who has caught the eye of bigger teams with money to spend.

A Hammers source added: “There are a lot of players who came in under the last manager that are on a lot of money. Good lads but they are little use to the team.

“It’s got to come to a head at some point and people will have to move on.

But rebuilding the team is also going to require major funds and they may have to be generated from selling players too.”