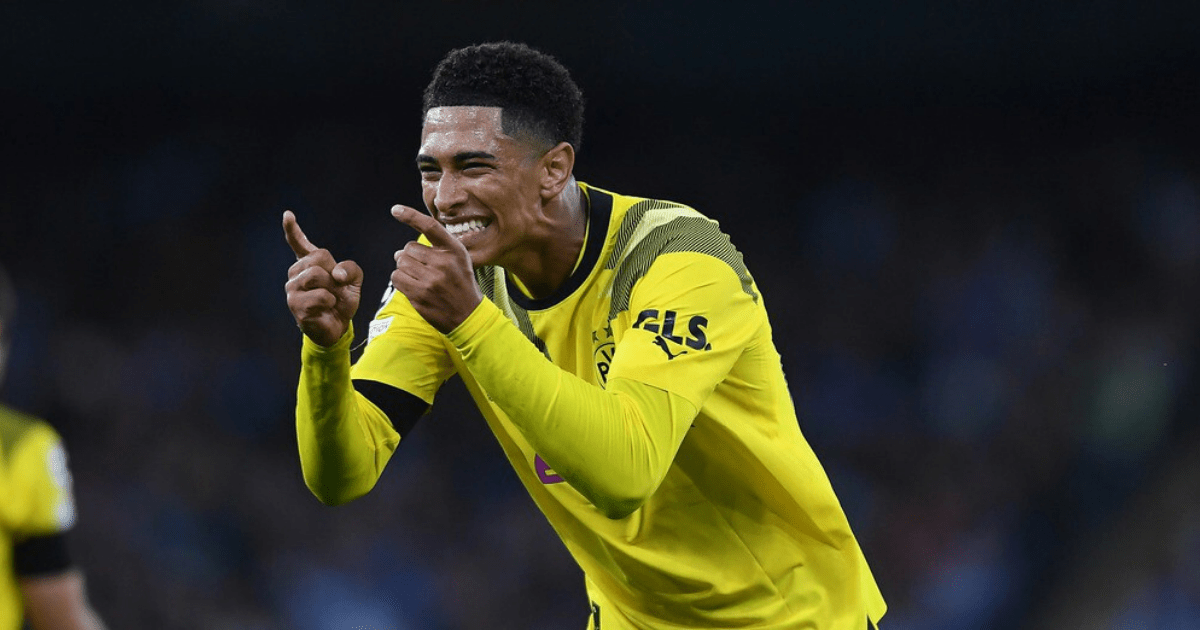 MANCHESTER UNITED have suffered a blow in their pursuit of Jude Bellingham after reports indicated Liverpool are leading the race for him.

Bellingham, 19, is one of the most sought-after assets in all of football currently and Liverpool and United are set to step up their interest with formal bids next summer.

Previous reports have indicated Borussia Dortmund have set an £87million price tag on his head, a fee both United and Liverpool could afford.

However, The Reds appear to have taken the early advantage and are leading the race to sign him, according to The Telegraph.

But luckily for United, they report the transfer saga surrounding Bellingham is set to ‘drag on’ until at least next summer.

The former Birmingham City star proved his excellence once again by putting in a strong display against Manchester City, scoring a goal to put his side in the lead.

However, Erling Haaland came back to haunt his old club as he scored a late goal to add to John Stones’ earlier wondergoal to secure a 2-1 victory for Pep Guardiola’s side.

Liverpool boss Jurgen Klopp has made his fandom of the teenager no secret, declaring his “only problem” was his unavailability over the summer market.

Amid a deepening midfield crisis, Liverpool brought in Juventus midfielder Arthur on a season-long loan as a temporary fix.

However, Reds fans are demanding the squad’s midfield department is overhauled and freshened in order to compete with the likes of Manchester City.

The current set-up has seen the likes of James Milner and Harvey Elliot utilised more than would be desirable to Klopp in big games.

They came unstuck in a test against a then winless Man Utd and were then demolished by Napoli 4-1 in their Champions League opening game.

However, the midfielder’s qualities are deemed desirable by many top clubs, namely Man Utd, Man City and Chelsea.