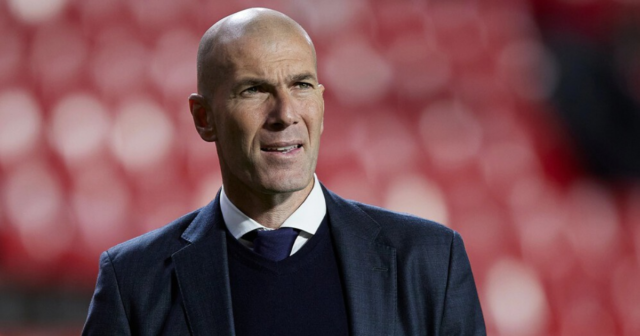 MANCHESTER UNITED have been handed a major boost in their pursuit of Paris Saint-Germain boss Mauricio Pochettino, reports suggest.

Pochettino has been United‘s top target to replace former manager Ole Gunnar Solskjaer at the Old Trafford dugout ever since the club sacked the Norwegian.

According to Le Parisien, as reported by Marca, PSG representatives have met with Zinedine Zidane to discuss the possibility of him taking over at Parc des Princes in the summer.

Sporting director Leonardo and general manager Jean-Claude Blanc, who is also a good friend of Zidane, met with the French head coach at the Royal Monceau hotel to hold talks.

The 49-year-old is unwilling to break his sabbatical so the Parisians are examining the prospect of making him their new manager in the summer.

That leaves Pochettino‘s future up in the air amid a raft of reports suggesting he is United’s favourite candidate to take over at the helm.

PSG missed out on first place in their Champions League group after losing 2-1 to Manchester City last night at the Etihad.

The Argentine head coach remained coy when asked if he would still be around for the competition’s knockouts.

“That is what we say about the rumours.”

Zidane is seen as the right fit for PSG as he knows how to deal with big personalities as a former Galactico at Real Madrid.

As Real manager he also proved to be a serial winner with three consecutive Champions League titles under his belt, which is club president Nasser Al-Khelaifi’s biggest goal.