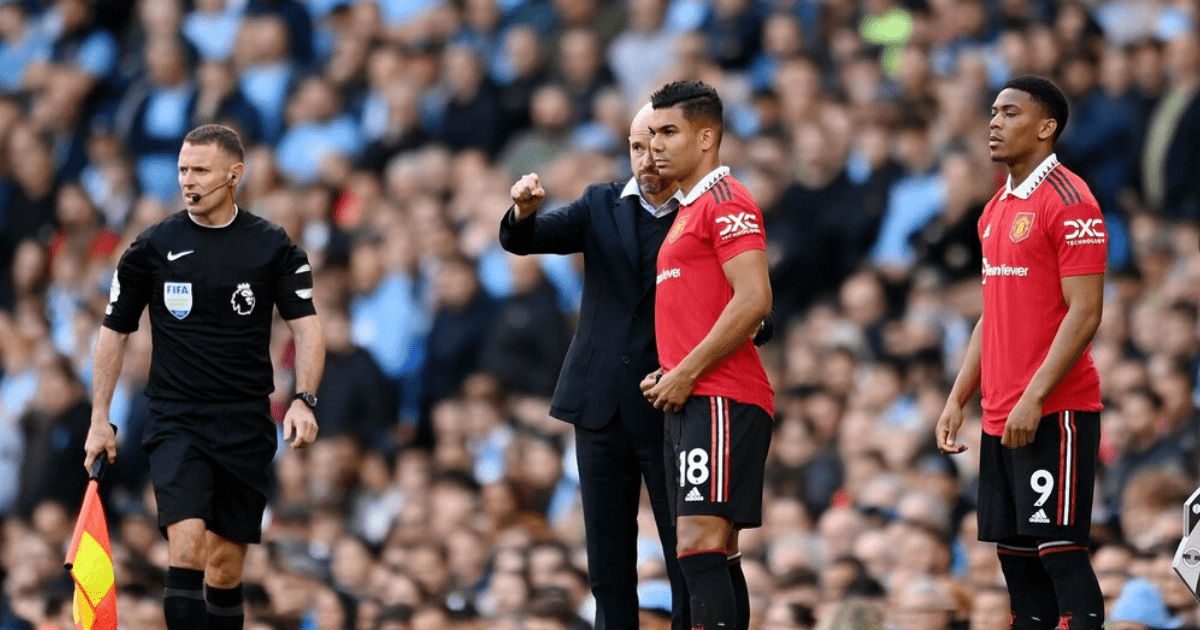 ERIK TEN HAG has not been picking Manchester United’s new £70milliom star Casemiro because he did not want to change a winning formula.

The Brazil star arrived at Old Trafford two months ago but is yet to get his first Prem start.

The 30-year-old midfielder got a 30-minute cameo off the bench on Sunday but could do little to prevent Manchester City claiming a dominant 6-3 win.

Casemiro replaced Scotland star Scott McTominay and is pressing hard to replace him in the centre of the park at Everton on Sunday.

The Brazilian did start last month’s Europa League defeat to Real Sociedad and may feature in another Group E clash at Omonia Nicosia on Thursday.

But a failure to bed him into the side from the start in Prem wins over Southampton, Leicester and Arsenal looked costly as United’s midfield came up short at the Etihad.

Casemiro was introduced to the Old Trafford faithful before their 2-1 win over Liverpool 2-1 on August 22.

And Ten Hag says the four-match winning run that started that night has kept his world-class star on the bench since.

The former Ajax boss said: “On the day we signed him, we started to win and it’s about the team.

“The team is doing really well, it’s not against Casemiro, it’s for Scott McTominay, who performed great in the team and we got into a run.

“But I’m sure it will be important for us in the long and short-term, he will find himself in the team but it has to come in a natural way.”

Casemiro started for Brazil in their September 23 friendly win over Ghana and their 5-1 victory over Tunisia four days later.

Advertisement. Scroll to continue reading.
In this article:eriktenhag, leaguegame, manutd