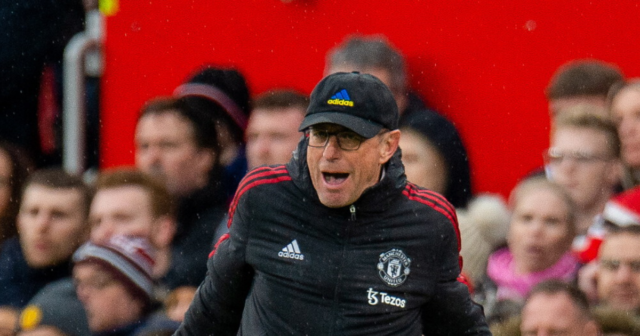 RALF RANGNICK has ordered his players to toughen up as he frets over a top-four finish.

Manchester United once again surrendered a winning position as they drew 1-1 with Southampton at Old Trafford on Saturday.

The Red Devils have now dropped nine points from their last 18 available.

And interim boss Rangnick fears they are simply not getting stuck in enough.

He said: “The players we have are technical players, they like to play technical football.

“But in the Premier League – and especially in games like those against Southampton – you cannot win only in a technical way, you also have to show physicality.”

United are outside the top four again — which is where they were when Ole Gunnar Solskjaer was sacked in November.

German Rangnick, 63, added: “It has always been a concern since Ole left the club.

“That was one of the reasons why he probably had to leave and, of course, results like this don’t make things any easier.

“Against Villa, Burnley and now Southampton we were 1-0 or 2-0 up and gave away two points.

“We have to realise the truth. Results and, obviously, with results like this, it doesn’t make it any easier to finish fourth.”

United had also blew a 1-0 lead in the FA Cup against Middlesbrough before being knocked out on penalties.

“We know it’s not good enough and it needs to change quickly.”