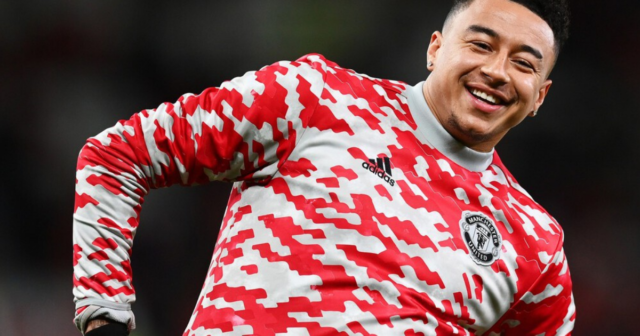 And the interim manager also claimed it’s up for Lingard to decide if he wants to move on from Old Trafford.

Jesse Lingard is a transfer target for Newcastle, Ralf Rangnick confirmedRalf Rangnick said it’s up to Lingard if he wants to stay or leave

The England international’s contract expires at Old Trafford in the summer – meaning this is likely to be the last opportunity for Man Utd to receive some kind of financial remuneration for the player.

Eddie Howe is keen to bolster his squad in a bid to avoid relegation from the Premier League this season.

With the backing of new owners – the Saudi Arabia Public Investment Fund – money is no object for the North East outfit.

The Magpies have already secured Kieran Trippier from Atletico Madrid and Chris Wood from Burnley in the January window.

And boss Rangnick confirmed on Friday that the Saudi-backed club are chasing Lingard’s signature in a January swoop.

Rangnick said: “Regarding Jesse, it’s the same as quite a few other players, he’s a really good player, it’s normal at other clubs, Newcastle showed interest in him but I am not the one dealing with that.

“If you ask me now what will happen in the next 10 days I cannot answer that question, I’m afraid.

“As I said, it’s the question of what does the player want, what other options does he have, does he have the chance to get game time, I cannot answer for him, it has to be done by the players.

“He’s a very good player, a technical player. Here at Manchester United it’s not so easy, we have other players who can play in that position and we cannot change from one game to another five or six positions.”

Lingard has not started a single Premier League game for the Red Devils this season.

He has managed just 88 minutes off the bench in the league and not received any more opportunities since Ralf Rangnick replaced Ole Gunnar Solskjaer.

Yet he has still scored twice and shown his quality with the few appearances he has made.

That followed on from his successful loan spell at West Ham last term, with David Moyes’ Hammers still keen on the attacker.

Rangnick added: “I know his contract is expiring in the summer, the question is what does he want to do.

“I wouldn’t be unhappy if he stayed until the rest of the season because he is a player who can always play and I know the level.”