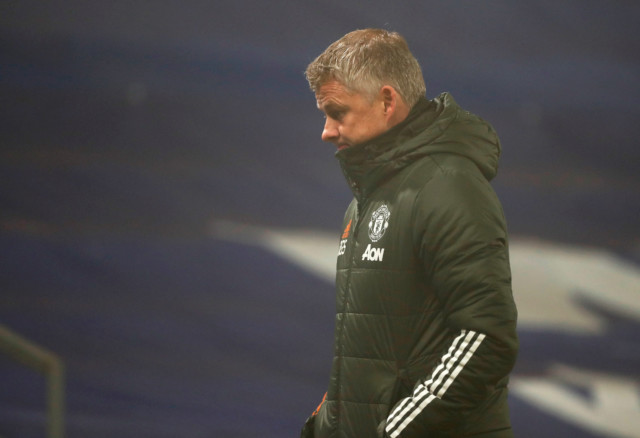 His side’s goal drought continued after their forgettable 0-0 draw at Crystal Palace.

It was United’s third goalless draw in a row after stalemates against Sociedad and Chelsea.

Solskjaer told the BBC: “Of course it’s a concern. You say when you have three clean sheets in a row that will help you win games because we have the quality to do that.

“But we haven’t produced that quality so we just have to find that spark again.

“We have to find that quality again and we’ll win games. If we keep on having clean sheets at least we’ll have a foundation to build on.”

“Now the narrative is that we can’t score a goal. It’s been a week without us scoring goals.

“It’s not long ago we played fantastic football against Sociedad, got good goals against Newcastle, Southampton. It’s sometimes margins, you know, in football.”

United’s failings in attack have seen them slip 14 points behind runaway leaders Manchester City before facing them in Sunday’s derby clash.

And United legend Gary Neville slated their performance after the drab draw at Selhurst Park.

The Sky Sports pundit claims his former club are ‘sleepwalking’ into a fight for the top four after dropping more points.

Did you miss our previous article…
https://www.sportingexcitement.com/2021/03/06/victor-lindelof-arrives-at-man-utd-training-in-plush-new-140k-electric-car-made-by-unknown-swedish-firm-polestar/