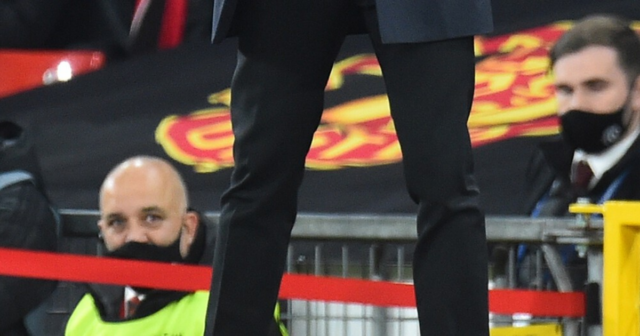 DAVID DE GEA was the ‘best goalkeeper in the world’ as Manchester United beat Villarreal in the Champions League on Wednesday.

That is according to Red Devils boss Ole Gunnar Solskjaer who heaped praise on the Spaniard after the dramatic late win at Old Trafford.

SunSport’s reporter gave the stopper a 9/10 after his heroics kept United in the game until the death.

Cristiano Ronaldo stole the headlines with his winner in the final seconds but Solskjaer admitted his goalkeeper was the real hero.

The Norwegian said: “Thankfully we had the best goalkeeper in the world tonight.

“David was fantastic and deserved to be man of the match. He saved us, we have to be realistic and say that.”

The 30-year-old came in for criticism last season after several high profile mistakes and pressure from Dean Henderson.

But most pundits seemed to have changed their tune after De Gea’s rapid turnaround.

Owen Hargreaves said in the BT Sport studio on Wednesday: “He made so many big saves.

“De Gea was one of the most important players and he’s been fabulous this season, obviously taking over from Henderson.

And Michael Owen added: “He (De Gea) relied on his defence in the second-half, but first-half it was save after save and that’s when he really did earn his corn.”

United had De Gea and Villarreal’s awful finishing to thank for being level at half-time in what was a worrying first 45 for the Red Devils.

De Gea made a phenomenal one handed save on nine minutes from former Bournemouth man Arnaut Danjuma.

He showed superb reflexes seven minutes later to tip a Paco Alcacer header over the bar.

Alcacer finally got the goal the visitors deserved – stabbing a Danjuma cross home at the near post barely ten minutes after half-time.

De Gea couldn’t do anything with Villarreal’s goal.

And he capped of an excellent night with an awkward double stop in the closing stages to keep it at 1-1 before Ronnie’s winner.

Ronaldo and his United team-mates mobbed De Gea at full time to show their appreciation.

After praising his goalie for keeping United in the game, Solskjaer also admitted he never gave up hope with Ronaldo on the pitch.

He added: “We all know the Champions League at Old Trafford is magic, and sometimes that history can help us.

“Sometimes it is not about passes here or there, it is about the crowd and the Stretford End has sucked a few in before, I know that. That is probably what happened.

“That is what happens here at Old Trafford, it’s happened so many times before. We have to throw caution to the wind and we got lucky in the end.

‘YOU ALWAYS HAVE A CHANCE’

“They are very tough to beat, but when you have Cristiano on the pitch you always have a chance.”

Ronaldo tore his shirt off when celebrating his goal and revealed a pair of his own brand pants.

But eagle-eyed fans noticed an error in the stitching.

The Portuguese forward had endured an off night on his Champions League return to Old Trafford.

And the late strike was his 136th in the competition.

He also texted his old team-mate Rio Ferdinand after the match.

Ferdinand revealed what his old pal Ronaldo wrote to him in the immediate aftermath.

The BT Sport pundit said: “He (Ronaldo) text me tonight saying ‘I didn’t play well but I knew I’d score’.

“That’s the belief that he has. The other players are feeding off it. It’s a great place to be.”

Did you miss our previous article…
https://www.sportingexcitement.com/football/premier-league/ex-arsenal-flop-willian-makes-the-cut-at-corinthians-after-avid-fan-has-brazilians-face-shaved-into-his-head