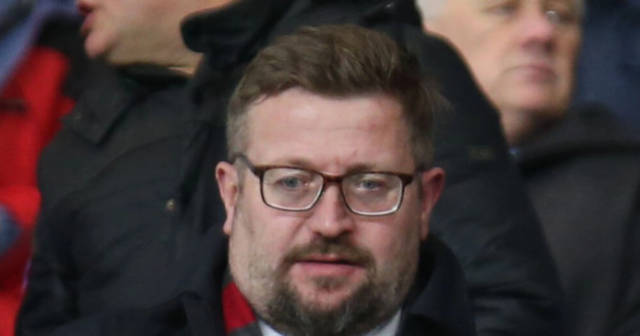 That is according to The Guardian, who report that Arnold has cleared his schedule on Monday for a meeting with Glazer regarding the under-fire manager’s situation following Sunday’s 5-0 thrashing to Liverpool.

The Red Devils were humiliated by their rivals at Old Trafford following a disastrous performance that saw them going 4-0 down by half-time and losing Paul Pogba to a red card.

That has led to players losing faith in Solskjaer, even though they like him, as they are not convinced he is the right man to take the club to new heights.

Legendary manager Sir Alex Ferguson watched the game in disbelief from the stands and looked absolutely dejected by the Manchester giants’ awful display.

Thus, United‘s hierarchy are seriously considering the Norwegian head coach’s future after taking one point from their past four Premier League games.

But a potential decision would take place later on Monday as Glazer lives in Florida and is thus five hours behind the UK.

Former Chelsea boss Antonio Conte has been linked with the job and would be keen to discuss taking over if Solskjaer gets sacked.

Conte has yet to be formally approached and is reluctant to take on a club during mid-season.

But it has been reported that the Italian manager would make an exception for United because he sees that as a special opportunity.

Liverpool opened the scoring after only five minutes with Naby Keita and doubled their lead less than 10 minutes later with Diogo Jota.

Mohamed Salah, who stood out as man of the match, then registered a hat-trick, while Pogba was sent off in the hour-mark.

Did you miss our previous article…
https://www.sportingexcitement.com/football/premier-league/nuno-espirito-santo-facing-the-axe-with-reputation-in-tatters-and-tottenham-squad-divided-and-its-all-his-own-fault