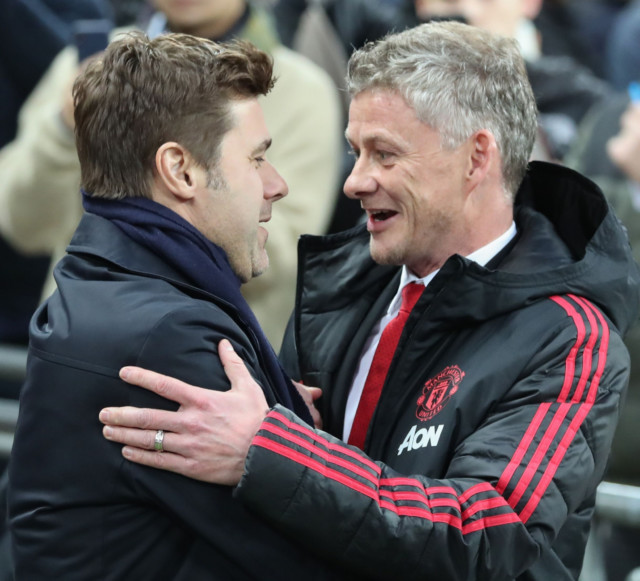 MANCHESTER UNITED chiefs have made contact with Mauricio Pochettino as the pressure increases on Ole Gunnar Solskjaer, according to reports.

The Daily Star claim Ed Woodward is not considering sacking the Norwegian during the current international break.

However, it’s said Woodward wants to see a major uptick in performances or Solskjaer, 47, could be out the door.

And the report states Pochettino is keen to make Old Trafford his new home in a surprise return to management having twice rejected Barcelona.

Man Utd have endured a horror start to their 2020-21 Premier League campaign.

After losing their season-opener 3-1 at home to Crystal Palace, they were extremely fortunate to beat Brighton in their next game.

The Seagulls hit the woodwork FIVE times, while United were gifted a penalty after the final whistle to snatch all three points.

And Solskjaer‘s misery was compounded after his ten men were battered 6-1 at home to Tottenham – under former boss Jose Mourinho.

Pochettino, 48, has been linked with the Man Utd job on several occasions in the past few years, going back to his days as Spurs chief.

And the bookies have him top of the list to replace Solskjaer should he be axed. 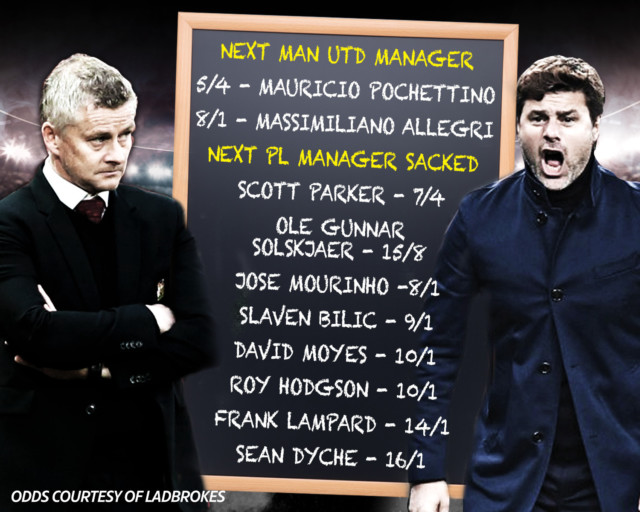 Solskjaer is the second-favourite – after Fulham boss Scott Parker – to be sacked next at 15/8 with Ladbrokes.

Pochettino is also the favourite to be named next Man Utd boss having been out of work since leaving Tottenham last November.

The Argentine is 5/4 to take over at Old Trafford should Woodward and Co give Solskjaer the boot.