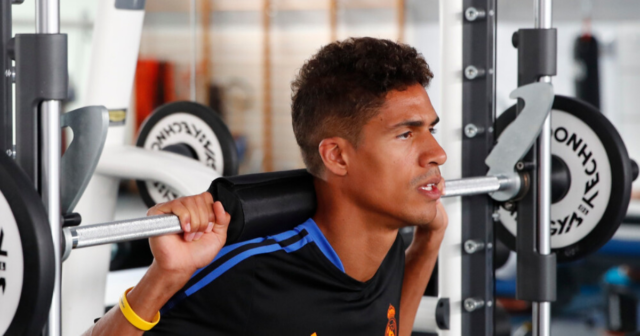 MANCHESTER UNITED have had a breakthrough in their pursuit of Real Madrid defender Raphael Varane.

SunSport understands the two clubs are nearing an agreement over a fee for the Frenchman, who is believed to have already agreed personal terms.

Manchester United are closing in on signing Raphael Varane, 28, from Real Madrid

United were wary of their interest being used as a bargaining chip by Varane to earn a new contract at Real, as was the case with Sergio Ramos in 2015.

The defender has one year left on his existing deal at the Bernabeu and has reportedly rejected numerous renewal offers.

The Red Devils were ready to turn to alternatives such as Villarreal’s Pau Torres, 24, or Sevilla whizkid Jules Kounde, 22, in their bid to bolster their defence.

Reports claim United may still make a move for Kounde later in the transfer window, despite entering advanced negations with Real for Varane.

But it appears Ole Gunnar Solskjaer is set to land his first-choice target in the Real star with a deal looking very close.

It provides Red Devils supporters with the mouthwatering prospect of seeing the 28-year-old line up alongside Harry Maguire in the heart of defence.

Solskjaer has already had a very productive summer with the £73m signing of England winger Jadon Sancho.

Ex-Lens ace Varane has won nearly everything going in the game, clinching the World Cup with France in 2018 as well as FOUR Champions League titles with Real.

Real reportedly want £60million for the player, although some rumours suggest the Spanish club will accept between £38m and £50m.

And the LaLiga club are believed to be concerned about losing Varane for nothing next summer, which could force them to accept a lower offer.