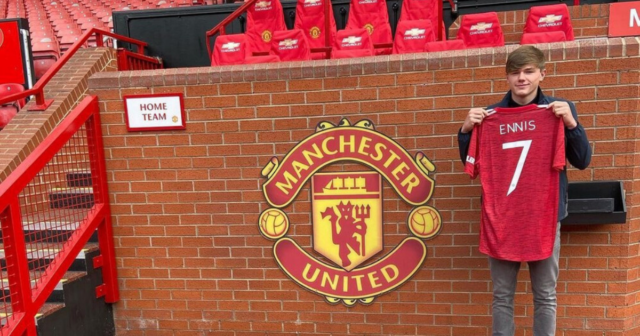 The 16-year-old is highly-rated, and starred in the Reds’ run to the FA Youth Cup final last season.

But he snubbed a new deal at Anfield, putting other top academies on alert.

And it is Man United that have won the race to sign him.

Ennis has been pictured at Old Trafford after crossing the M60 divide.

And he will likely slot straight into United’s Under-18s side, with a view to moving up to the Under-23s.

He posed at the Theatre of Dreams holding a Red Devils shirt with his name the famous No7 on the back.

And he captioned the picture on Instagram: “I am delighted to announce that I have signed for @manchesterunited

. Grateful for this opportunity, can’t wait to get started

Liverpool don’t plan to let Ennis leave on the cheap, however, and will demand a development fee for the youngster, the Mail claim.

And if the Reds and United fail to agree terms, the matter will be resolved by a tribunal who will determine Ennis’ final value.

The wonderkid scored three times on the way to the FA Youth Cup final last season.

But he was left disappointed when the young Reds fell to Aston Villa at the final hurdle. 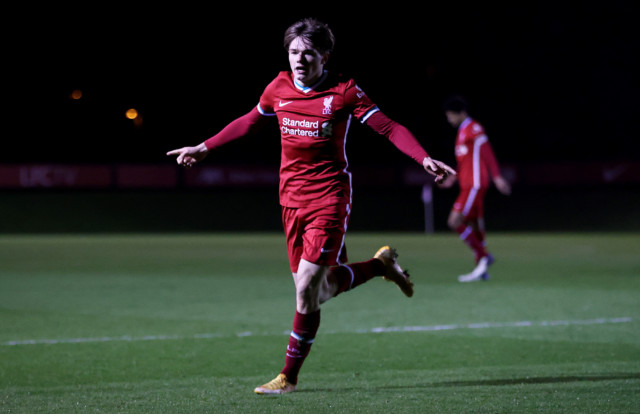