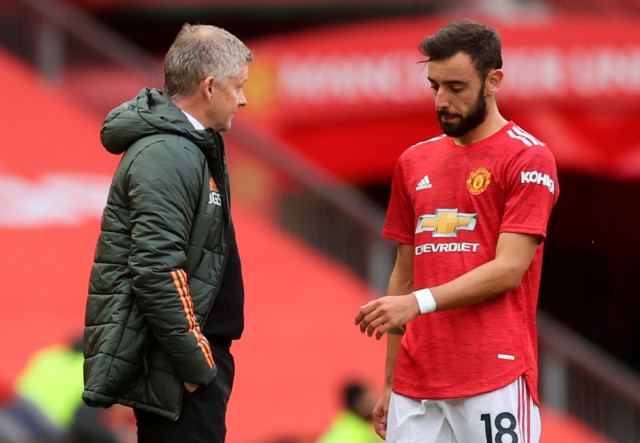 MANCHESTER UNITED are reportedly concerned about the mental and physical pressure being placed on Bruno Fernandes.

The midfielder, 26, has been the star of the show at Old Trafford since he joined from Sporting Lisbon in January but was taken off at half-time in the hammering by Tottenham.

Portuguese outlet O Jogo claim United are worried he is suffering as a result of the demands placed on him.

Ole Gunnar Solskjaer’s side are aware they may have to be less reliant on the penalty king.

And this led to the Red Devils making a number of signings in the transfer window.

Alex Telles also made the move to Old Trafford from Porto for a fee of £15.3m.

Fernandes has scored 10 goals and made eight assists in 17 league games for United.

He started the 6-1 defeat by Spurs.

But concerns were raised when he was hauled off at half-time in favour of Fred.

Fernandes started on the bench on Tuesday as Portugal faced Spain in a friendly.