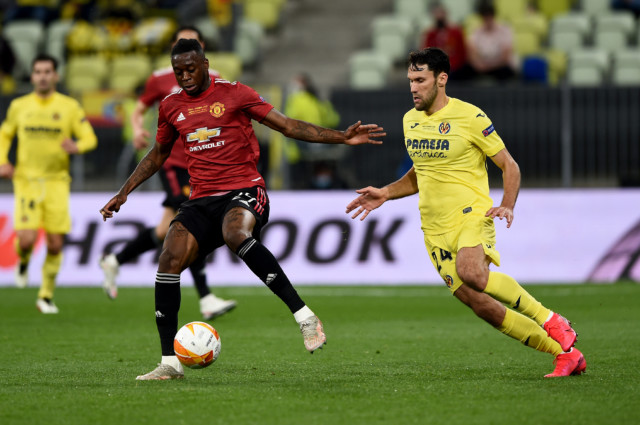 MANCHESTER UNITED are thinking of playing Aaron Wan-Bissaka at centre-half in a defensive reshuffle.

Manager Ole Gunnar Solskjaer is keen to see the right-back in a more central role in pre-season matches to find out if he could handle the position.

Wan-Bissaka, 23, is their quickest and best tackler and could be ideal in the middle of a back four – or even right side in a three.

It would make United’s backline more flexible if he could copy Kyle Walker at Manchester City and play both slots.

United are keen on Atletico Madrid full-back Kieran Trippier, 30, to provide competition at the back.

England and Liverpool legend John Barnes says Wan-Bissaka – who may yet switch international allegiance to DR Congo – was harshly treated by Gareth Southgate.

The Three Lions boss picked FOUR right backs in his initial 26-man squad for Euro 2020, before Trent Alexander-Arnold was forced to withdraw through injury.

Wan-Bissaka was left out as Reece James, Walker, Trippier and Alexander-Arnold were selected.

Barnes said: “Look at Aaron Wan-Bissaka – he is our best right-back by far in this country.

“But because he is not as good on the ball as the others, he got unfairly overlooked.

“So when we come up against a team like France, that is when you don’t need a marauding player who will be more comfortable whipping in crosses and free-kicks in attacking areas.

“Everyone is clamouring for attacking right backs or number tens, but do not pay enough respect to players who are out and out defenders or defensive midfielders.

“It doesn’t matter if Southgate plays four or five at the back, if you don’t have players who can defend properly, it is immaterial.”