Man Utd could be forced into paying Inter Milan to take Alexis Sanchez off their hands over £505,000-a-week contract
Advertisement 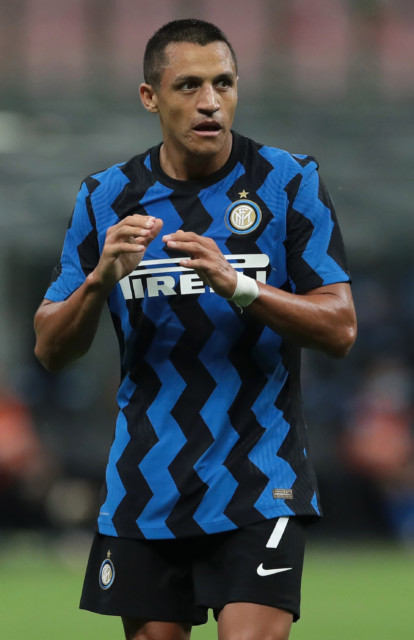 MANCHESTER UNITED could be forced into paying Inter Milan to take Alexis Sanchez off their hands over his mammoth contract.

BBC Sport claim any deal between the two sides would almost certainly require some kind of pay off from the Red Devils.

The report adds that Sanchez would also have to take a wage cut to seal a return to the San Siro.

The winger is due back at United on August 7 and the club have already ruled out sending him back out on loan.

Inter boss Antonio Conte wants to make the Chilean’s loan move a permanent one after a rich vein of form towards the end of the season.

Despite his slow start to life in Italy due to an ankle injury, Sanchez has scored three and assisted seven in his last nine appearances.

Despite rediscovering his best form, the former Arsenal star reportedly sees no future at Old Trafford.

According to the Daily Star, United are keen to give Sanchez another chance but the player has told club bosses he wants to play his football elsewhere.

A source told the paper: “Alexis doesn’t see the point in going back to Manchester. He’s happy where he is.

“It just didn’t work out for him at United and he wants the club to accept that he wants to leave.”

One option considered for Inter to land Sanchez on a permanent deal is to send Ivan Perisic in the opposite direction.

United were on the brink of signing the Croatian in 2017 before the deal collapsed at the final hurdle.

Perisic is deemed surplus to requirements at Inter having spent the season on loan at Bayern Munich.

The German side have opted against signing him permanently despite him featuring 22 times in the Bundesliga.