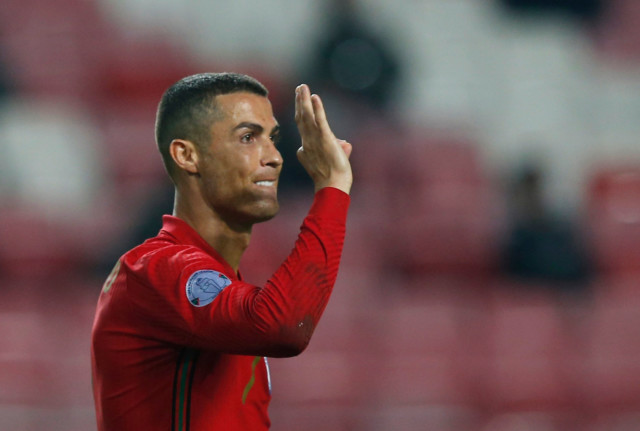 MANCHESTER UNITED could land Cristiano Ronaldo on a FREE transfer, according to reports.

The Portuguese ace, 35, has been heavily linked with a return to Old Trafford in 2021.

Juventus are claimed to be keen to cash-in before his contract expires in 2022 and offload his sky-high £850,000-a-week wages.

But Madrid-based outlet AS have claimed Ronaldo has no intention of leaving next year.

The Spanish paper have suggested the former Real Madrid star will wait until he’s a free agent in 2022 to move on.

The report also stated Juventus are happy to keep hold of their star man until the end of his current deal – unless they don’t win the Champions League.

However, Man Utd could decide they don’t want to wait until Ronaldo is 37 for his eagerly-anticipated homecoming.

Portuguese outlet Record have claimed United officials have already been in touch with Ronaldo’s agent to make their interest formal.

And Ronaldo could be tempted to cut short his spell in Turin, too – thanks to Lionel Messi.

The Barcelona superstar – and long-time rival of Ronaldo – is set to quit Barcelona on a free transfer in 2021. 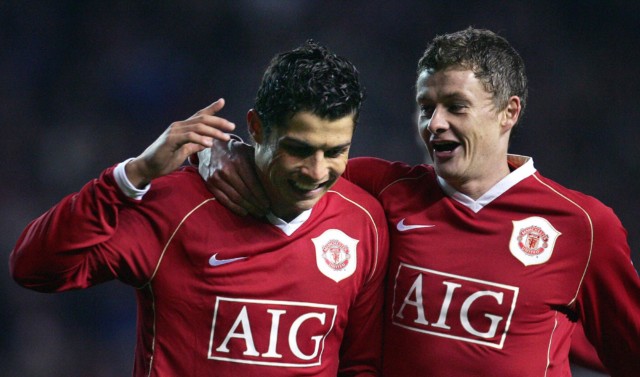 Ronaldo could rekindle his relationship with Solskjaer at Man Utd 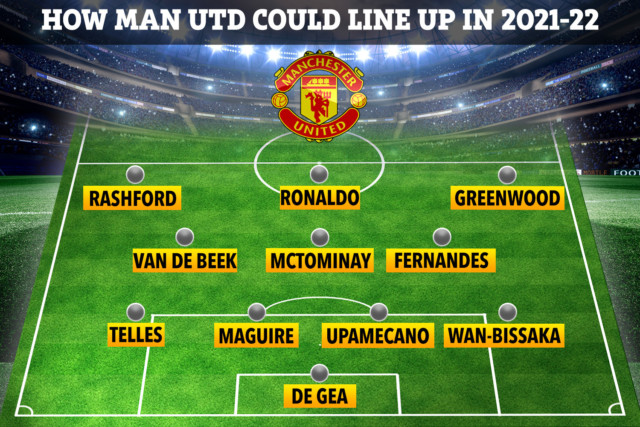 How Man Utd could line-up next season with Cristiano Ronaldo

And it’s expected he will move to Manchester City to rekindle his relationship with Pep Guardiola.

Messi nearly moved to the Etihad this summer after a fall-out with former president Josep Maria Bartomeu – but agreed to stay for one more season.

A return to Old Trafford for CR7 could see the pair go head-to-head in England for the first-time – in the Manchester derby, no less.

Ronaldo played for United between 2003 and 2009, winning three Premier League titles and the Champions League.

The forward scored 118 goals in 292 games in all competitions for United before joining Real Madrid in an £80million deal.

Ronaldo joined Juventus for £99m in 2018, where he has since won back-to-back Serie A crowns.

The Portuguese legend – who recently scored his 100th international goal – has also been linked with a move to Paris Saint-Germain.

Should Ronaldo return to Man Utd, here’s five ways they could line-up to squeeze him into their front-line.